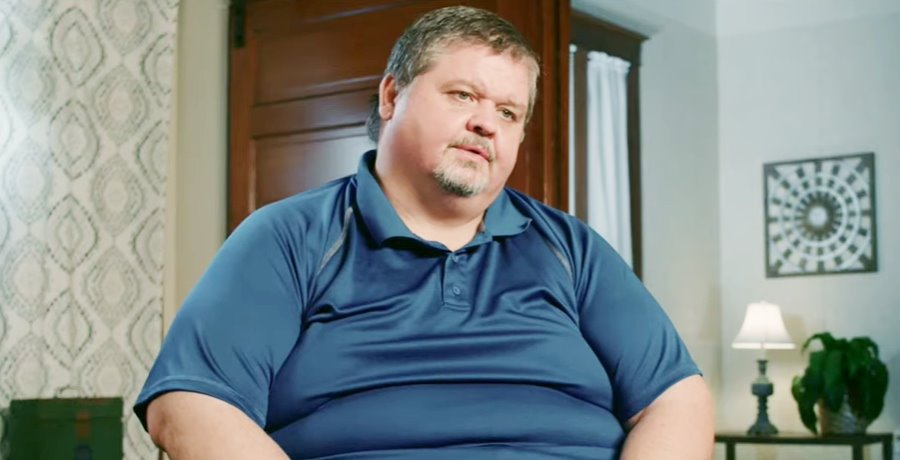 1000-lb Sisters brother Chris Slaton (Combs) is joining his plus-sized sisters on their weightless journey. Indeed, The Slaton sister’s brother can stand to lose a few pounds himself. In fact, he’s said that on his sisters’ hit TLC reality show.

Now that Amy Slaton Halterman is pregnant with her first child, Tammy struggles emotionally, as evidenced by the scale. So Chris is being a good brother and stepping in to help his sister, Tammy. Chris seems much smaller than Tammy. But does he weigh more than his pregnant sister Amy?

1000-lb Sisters star Tammy Slaton is gaining weight rather than losing weight these days. Tammy is by far is the larger of the two sisters. She weighed in over 600 pounds, while her older sister weighed in at just over 400 pounds. Now newlywed Amy Slaton Halterman is pregnant with her first child. So dieting isn’t her focus as much as carrying a healthy baby to term.

Now their brother Chris Slaton steps up to the plate as Tammy’s new weight loss buddy, as seen recently on 1000-lb Sisters. No doubt he needs to drop a few pounds as well. After all, he sees his sisters struggle their entire lives. But will he be a good motivator? Men lose faster with less effort. So his success could cause Tammy Slaton to backslide further.

How much Does Chris Combs Weigh?

Chris Slaton is the big brother to both 1000-lb Sisters celebs Amy Slaton Halterman and Tammy Slaton. He, too, is a plus-sized man who, after seeing how well Amy was losing weight, decided to jump on the weight loss train. However, the sibling that needs to lose the most is Tammy. If Tammy doesn’t lose weight soon, she likely won’t live more than another five years.

When we first met 1000-lb Sisters personality, Amy Slaton Halterman, she weighed in at 406 pounds. Her sister Tammy tipped the scales at 6o8 pounds. Before becoming pregnant, Amy lost 100 pounds and qualified for gastric bypass surgery. Tammy, on the other hand, only lost 21 pounds in the same time frame. So she didn’t qualify for the procedure.

Older brother Chris Slaton wants to get surgery as well. To his knowledge, he weighed approximately 420 pounds. However, when his bariatric doctor weighed him, he weighed in under 400 pounds and only had to lose 15 pounds independently before getting approved for his weight loss surgery.

Amy’s current weight is not known to fans as she progresses with her high-risk pregnancy. However, it’s a safe bet Chris still weighs more than his younger sister. Sadly Tammy’s gained weight since learning of  Amy’s pregnancy. Tammy reportedly now weighs more than she did when she started on her weight loss journey.

Make sure to check TV Shows Ace often for all the latest 1000-lb Sisters news, updates, and spoilers.