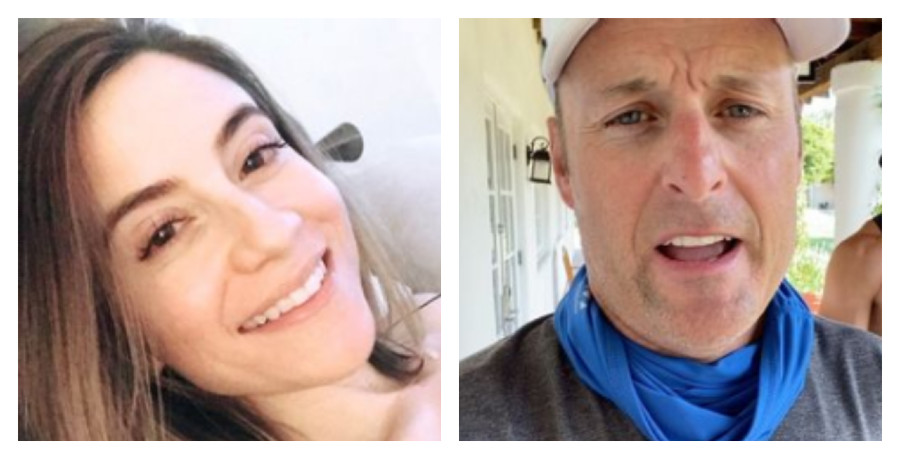 Ashley Spivey isn’t mincing words. The Season 15 contestant has been one of the most vocal Bachelor alums. She regularly guest-co-hosts Reality Steve’s podcast He Said, She Said. So it shouldn’t come as a surprise to fans of the franchise that Ashley Spivey has some thoughts about the controversy surrounding Chris Harrison.

Chris Harrison Under Fire for Interview With Rachel Lindsay

Earlier this week, Chris Harrison appeared on Extra for an interview with correspondent Rachel Lindsay. She also has the distinction of being the first Black lead in the franchise’s long history. She was The Bachelorette for Season 13. The dating show didn’t have a male Black lead until The Bachelor Season 25 in 2020-2021.

One of the contestants from Season 25 recently had her past racially insensitive behavior exposed on social media. Chris Harrison went on Extra to quell the firestorm but only managed to incite it further. For one, he continuously cut Rachel Lindsay off to defend Rachael Kirkconnell attending an “antebellum-ball” themed sorority party.

The backlash was so severe that he is taking an indefinite hiatus from his hosting gig.

But Ashley Spivey is here to remind Chris Harrison that racism was alive and well in the Bachelor mansion in 2018, too.

In 2018, Garrett Yrigoyen was a contestant on Becca Kufrin’s season of The Bachelorette. Right from the beginning of the season, he set himself apart as the frontrunner for Kufrin’s heart.

But at the same time that he was winning the first-impression rose, Ashley Spivey was tearing him apart on Twitter.

A bombshell report from Huffington Post accused Yrigoyen of ‘liking’ problematic posts on Instagram. He even gave a “thumbs-up” to the theory that David Hogg, a Parkland student, was a “crisis actor.”

Spivey took issue with Chris Harrison’s contention that the franchise didn’t have the same “lens” to look through in 2018 that it does in 2021. She took to her Twitter to share her thoughts about his excuse. Not only did she refresh the host’s memory, she shared a memory of her own: “Chris Harrison was the only one defending” Yrigoyen in 2018.

Let’s also talk about how he kept saying “the lens of 2018” well in 2018 we were talking about Garrett’s racist and bigoted likes so yeah it was still a problem back then. The thing was, Chris was the only one defending it then too.

The disastrous Rachel Lindsay interview is the end of a long line of Chris Harrison making excuses for racism. Another former contestant, Sharleen Joynt, is “fed up” with the excuses.

Are you surprised with Ashley Spivey’s epic takedown of Chris Harrison? Let us know your thoughts in the comments down below. Join our Facebook group to talk about all things Bachelor Nation.