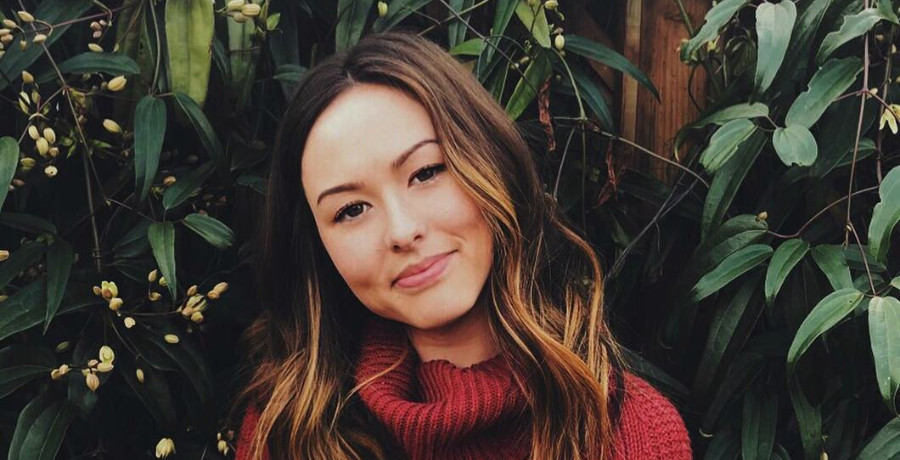 Note: The writer of this article is deaf and the opinions are only that of the author. And do not reflect the site as a whole. Thank you.

ABC is working overtime to convince Bachelor Nation that they haven’t already chosen a lead for Season 17 of The Bachelorette. Reality Steve reported recently that Katie Thurston was named the next Bachelorette at the Women Tell All taping this month. Even OG Bachelorette Trista Sutter denies that ABC would choose this early.

Fans are definitely on board with Katie Thurston as the lead. But they would also love to see more of Abigail Heringer, Screen Rant reports. She has the distinction of being the first deaf contestant on the ABC dating show. However, her deafness and how she communicates hasn’t really been explored.

If she were The Bachelorette, the show would have to get creative about their usual format. What would the show look like with a deaf lead?

In the season premiere of The Bachelor, Abigail Heringer told Matt James that she communicates by reading lips. That means he has to be looking at her in order for her to understand her. Born deaf, the Oregon native had surgery at two-years-old for a cochlear implant.

She hasn’t discussed on the show what exactly she can and can’t hear with the implant. But based on what she told Matt James about reading lips, group settings are hardly ideal.

With crosstalk happening, it would be nearly impossible for Heringer to follow the conversations, even with her cochlear implant.

Another Bachelor Nation trope is the helicopter ride where the contestant and lead communicate via headsets. Since Heringer’s ears literally don’t work, it would be nearly impossible for her to understand what’s being said over a headset.

The show never addressed how she understood what Ben Higgins was saying over the megaphone during a recent episode. Perhaps she was given the heads-up off-camera. Or, like many deaf people, she followed visual cues to know what was happening.

In fact, any date with a loud background noise would likely be a problem.

What about a one-on-one date where the lead and contestant enjoy a private concert? Deaf people – with or without cochlear implants – can enjoy music. The vibrations from the music is certainly enough to allow a deaf person to dance.

But would it be enjoyable and romantic? Eh. Maybe. The up-and-coming country band Temecula Road appeared on the February 8th episode of The Bachelor. They serenaded Matt James and his date Pieper James.

Abigail Heringer Has Been Mostly Absent From Drama on The Bachelor

While ABC touted having the first deaf contestant on the show, she hasn’t been front-and-center much. The first six episodes of Season 25 was mainly about bullying and in-fighting among the women, rather than about Matt James finding love.

In fact, Abigail was barely present during the group arguments between the other women. That may be because she avoided the confrontations OR she has trouble following conversations in group settings.

Abigail has made it into the final 10 women vying for Matt James’ heart. In the upcoming episodes, perhaps viewers will finally get a glimpse on what it’s like dating while deaf.

If it’s true that the head honchos have yet to choose a lead for The Bachelorette, Abigail Heringer is a strong contender. But the show would have to find a way to navigate her deafness. Are they willing to do so? Probably not.