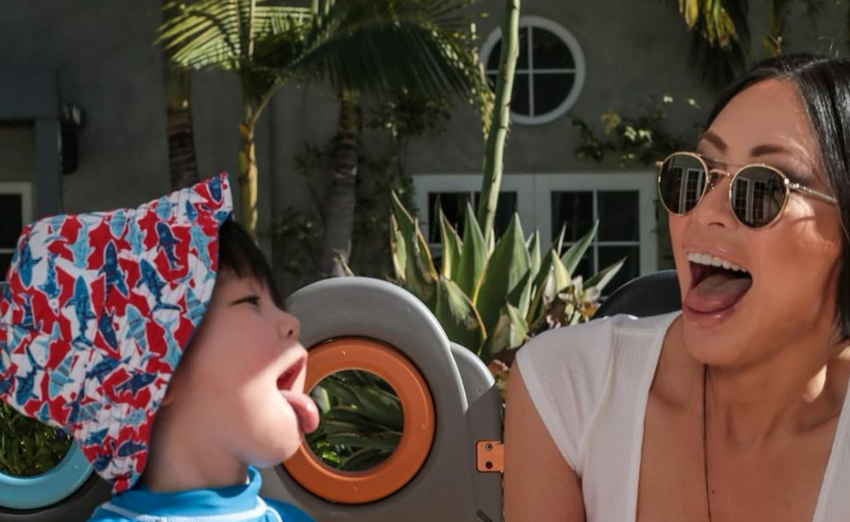 Bling Empire star Christine Chiu wasn’t always bound for Netflix. First, she was going to be on another famous reality TV show. That is of course until a death in the family made her back out.

Yep, Christine Chiu was almost a Real Housewife E! says. Apparently, the star was almost on Season 4 of Real Housewives of LA, but that didn’t work out.

“I almost joined season four,” she reveals to fans. “But unfortunately, we had a death in the family, and I didn’t feel like I could bring the best of me to the show.”

That’s okay with us because now we get to watch Christine on Bling Empire. However, it hasn’t all been fun. Christine appears to have a pretty big rivalry with one of her main co-stars – Anna Shay. While it’s entertaining for fans, it has some people labeling Christine as a villain.

Despite all their in-show drama, Christine actually says she loves Anna. That is definitely a shock and not what comes across on the TV!

“I love Anna,” Christine says. “I think her game-playing is so much fun. And I hope everybody had a good laugh and chuckle out of it. I know we did.”

She continues by saying that it’s all just entertainment.

“We all need a little escapism during this time,” Christine says. She continues saying “And what’s sillier than frivolous and petty ‘rich people problems?'”

Christine does deal with some rough parts of being famous though. She says that she has a feeling that she always has to be perfect. Because of this, she can come off a bit rougher than she intends to.

“I am saddened though to see and notice that I do have a tough, overly and unnecessarily glossy exterior oftentimes,” she reveals. “I think it’s due to the pressures from a very young age to be perfect—thinking you need to be perfect to earn love, to never let them see you crack, the pressure to not disappoint, the feeling of never being good enough—that I have been overcompensating with this rougher façade.”

Fans of Bling Empire will just have to keep watching (if it’s renewed for a second season) to see the real Christine shine through. It sounds like there’s a really great woman under her shiny exterior.

Have you watched the new Netflix show yet? Let us know your favorite character in the comments below. Come back to TV Shows Ace for more news on all of your favorite Reality TV stars.

Courtney Waldrop Worried Sick Over Missing Child
‘1883’ Star Eric Nelson Had To Hide Tears During One Scene
Paola Mayfield Shares Strange ‘Family Pic’
Wendy Williams Still MIA From Show In February 2022?
Todd Chrisley Says He’s Only Interested In One Thing, What Is It?