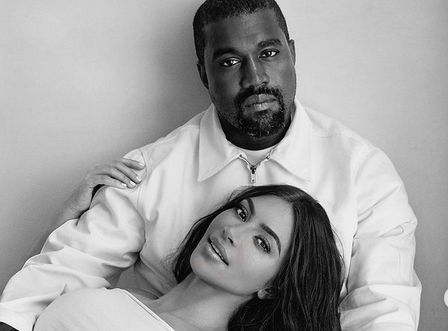 After six years together, it is seemingly inevitable that Kanye and Kim Kardashian’s marriage is headed for divorce. News emerged that the couple is looking to break apart, but Kardashian is yet to initiate the legal proceedings. However, this doesn’t mean that the two are contemplating reconciliation.

According to Us Weekly, Kanye and Kim are still working on the settlement. Kim, particularly, wants to finalize the statement before filing for divorce. Sources say that Kardashian wants to split their assets fully before formal filing. Although she was expected to file in late 2020, she has been holding out as they seek to finalize their settlement agreement.

In the meantime, Kardashian is attending individual counseling sessions. Sources close to her claim that she has no second thoughts over the decision to end the marriage.

Kim decided to end the relationship in July last year when she paid Kanye a visit at their Wyoming ranch. Back then, Kanye had held a controversial political rally in South Carolina. He then tweeted that Kim and her mother, Kris Jenner, were attempting to lock him up.

West had announced his intentions to run for the presidency without informing Kim. She felt that this was a selfish decision, as Kanye didn’t put family first. A source said that Kim believed that Kanye’s actions had a significant impact on all aspects of her life and the kids.

The meeting didn’t go on as Kim expected – she was spotted crying in a car, sitting next to Kanye. She knew that the relationship had come to its end, but didn’t want to air her dirty laundry in the open. That’s the reason she hasn’t been very vocal on the issue.

As of now, Kanye and Kim are living separately. They haven’t been close for months, and didn’t even spend Christmas and New Year together. Regardless, Kardashian is ready to help West with the transition and will always love him, as they shared many memories and bore four children.

A source told Entertainment Tonight of the current state of the West family, including their four kids – North, Saint, Chicago, and Psalm. While divorce is still inevitable and the parents are living apart, the couple communicates frequently. Kanye is staying in Wyoming while Kardashian resides in Calabasas.

Because of their tender age, the children aren’t aware of the developments in the family. It is particularly hard for them to notice any change, since the parents travel often. They hardly notice that dad isn’t around.

Although the marriage is in its last days, you can be sure that Kim and Kanye will give their kids the best lives possible because they’ve always been caring parents.