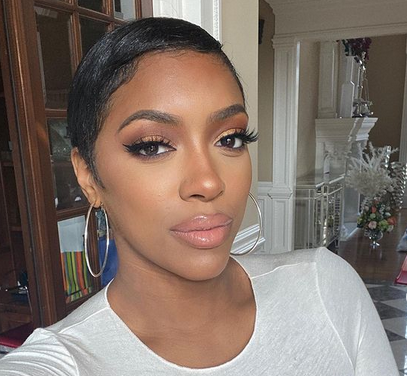 During a Dash Nation episode, Porsha Williams revealed she was open to appearing as the next Bachelorette. The RHOA star has had a few complicated relationships in the past. She is also currently single, so why not?

During the opening segment of Dish Nation, the crew began talking about Dale Moss and Clare Crawley’s breakup. One of the hosts asked Porsha, “Would you ever do the Bachelorette Porsha?”

“I would love to do The Bachelorette. I would definitely do it. But we would not have a fantasy suite let it stay as a fantasy. Instead, we are going to date politely and platonically. I’m living the life!”

The other hosts were also excited, “She is the bachelorette everyday baby,” Gary Hayes said. Sherri Shepherd added, “I watch the Bachelorette and I would watch Porsha on the Bachelorette.” Dish Nation currently has over 200 thousand subscribers on YouTube.

During an episode of WWHL, she opened up about the status of her relationship with Dennis McKinley. The 39-year old reality star broke it off after rumors of his cheating while she was pregnant with their daughter. She said, “Nooo! We are single. We are exactly that—single. But we’re very cordial. We have a great co-parenting relationship.” The two had gotten engaged in 2019, but they did not go through with it.

According to People, Dennis blamed Porsha’s postpartum depression for his cheating. He said, “It was a poor decision and it was a selfish decision. I made a mistake, I cheated. … I’ve done my best to let Porsha know that I love her and I’m remorseful and apologetic. The priority for me is the baby.” A fan commented on her IG post who did not want her in the Bachelorette franchise. “Dennis get it together and treat this woman right!”

Fans Will Tune In

When Porsha asked her followers what they thought about it, they were quick to answer. “YES!!! Seeing 30 men falling in love with you would be the programming I need in 2021!”

Not everyone was for it, however. “Please don’t go on this show kissing and whatever else with 30+ guys. Not a good look at all Porsha.” The success rate of Bachelor Nation couples isn’t promising either. Redditors on the r/bachelor community were here for it. “Yeah, I’m on board too! She is so fun and would be great, honestly.” Another said, “ooooo yessssss, might finally get a black love story for once” One recommends having a man that Kenya Moore used to date to add drama to the show.

Porsha has been staying healthy and sharing exercise videos on her page to motivate her 6.1 million followers. In her post, while at the gym, she wrote, “Wake up y’all let’s get it!”