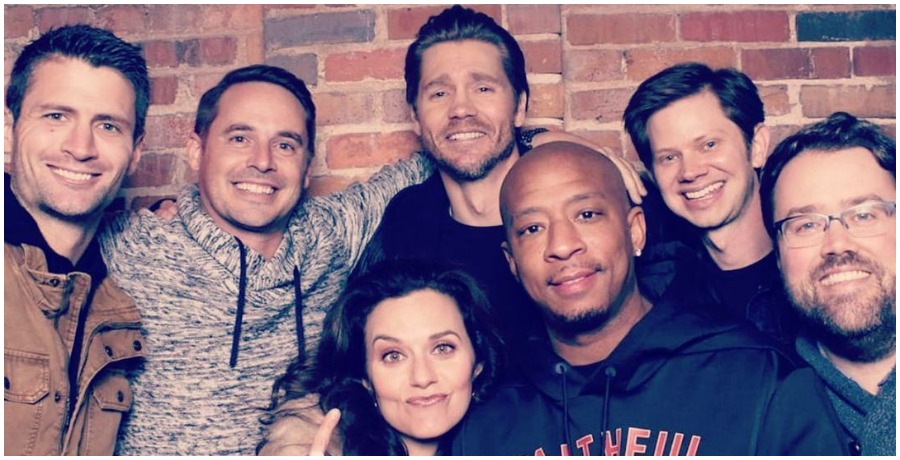 One Tree Hill is a beloved teen drama that is gathering new fans each and every day. So, it’s easy to see why viewers would want to see a revival of the series. However, cast members can’t seem to agree on if that can happen.

According to The NY Daily News, actor James Lafferty, who played Nathan Scott on the series, recently called a revival unlikely.

Will One Tree Hill get a revival?

The show followed half brothers Nathan and Lucas Scott (Chad Michael Murray) and their closest friends. The group start out as teenagers in the city of Tree Hill, North Carolina. They faced hard hitting issues like drug abuse, divorce, death, and pregnancy. The series later shifted to their adult lives with a time jump, which saw them as spouses and parents.

During a recent interview, Lafferty opened up about the possibility of bring One Tree Hill back for a continuation of the story. However, he didn’t seem on board with the idea. “I don’t know how that would be possible for many different reasons,” Lafferty, 35, admitted.

The biggest hurdle that a revival is facing is the allegations that the female cast and crew members made against the show’s creator, Mark Schwahn. After the show ended in 2012, many women came forward to accuse Schwahn of sexual assault and running a toxic workplace.

Meanwhile, the show’s other lead actor, Chad Michael Murray, recently sang a different tune about a revival. Back in December, the actor admitted that he wouldn’t mind bringing the series back.

I’ve wanted to make an autographed version of this jersey 4 so long to get to U guys & we finally were able to get it done! I’ll b personally autographing each one. Proceeds will aid in COVID and community relief via The Rock Foundation. I hope u enjoy! https://t.co/2aeIu5Yy6S pic.twitter.com/Ueq3kaMB0E

Murray says that while a revival may not be in the cards, a cast reunion is possible. In addition, he says a sequel series involving a new generation may also work. Murray explains:

“That show has affected so many people in the most positive way. I’ve seen it for years and years now. When I see that positive impact I can’t help but be in awe and feel so humbled. I don’t know if it [a reboot] will ever come to fruition. I have to believe at some point there will be some kind of reunion or a second edition for the new generation.”

Meanwhile, back in 2019, actress Bethany Joy Lenz, who played Haley James Scott on the show, admitted a revival would be difficult:

”The problem is that the creator of the show makes money on any incarnation of the show afterwards, and, of course, that’s its own issue. So, I think that would be the big thing standing in the way, unless he was willing to donate it all or something.”

It looks like only time will tell if One Tree Hill will ever move ahead with a revival. Until then, the show is currently streaming on Hulu for fans to enjoy.