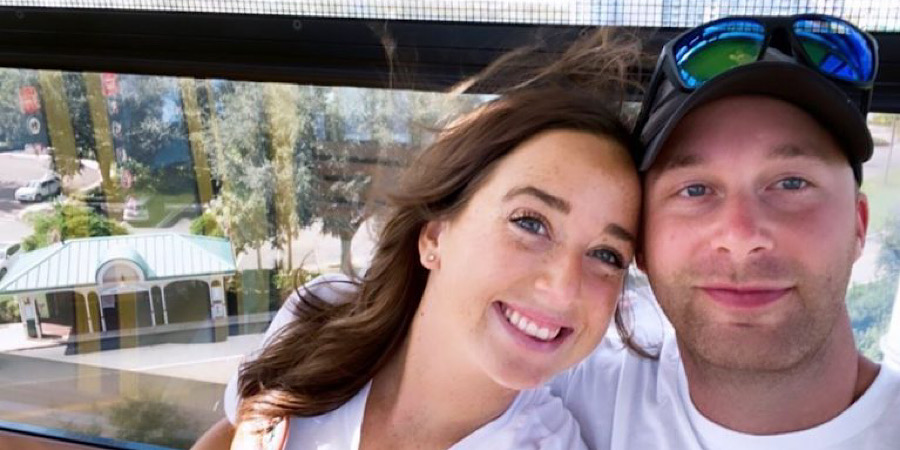 Katie Conrad may have not found her happily ever after on Married At First Sight. However, the Season 10 contestant has given love another try. Now, she is officially engaged to boyfriend, Brandon Eaves. And Conrad could not be more thrilled.

Married At First Sight– And Divorced

Katie Conrad married Derek Sherman in the tenth installment of the hit reality series, Married At First Sight. The experimental show pairs two strangers up based on lifestyle, background, etc. Experts believe the two will be compatible for a bevy of reasons. Sometimes, one will bring out the best in the other. Other times, it is a complementary situation. The strangers then marry in front of friends and loved ones. After eight weeks, they will decide to stay married or get a divorce. Katie and Derek seemed to get along and have a lot of chemistry. But, Katie was hiding something from her husband.

The newlywed was still hung up on her ex-boyfriend and this was a bit of an issue. She had the “what if” question floating in her head all throughout her marriage. Katie also did not appreciate that Derek was a big dreamer. It would lead to her lashing out at him. He was a genuinely nice and patient guy. On decision day, they decided to stay married but by the reunion, they were divorcing. She did go back to her ex briefly but that did not last. Ultimately, Katie started dating Brandon and seemed very happy with him.

Falling In Love- And An Engagement!

Katie started dating Brandon, an Air Force Captain, and revealed him back in May of 2020. The duo met on the dating app, Hinge. Technically, her divorce from Derek was not final. When it was, her ex-husband went out to celebrate; Katie just relished in new love. By Christmas, Brandon decided he liked it, so he put a ring on it. Yes, Brandon and Katie are officially engaged. And her former co-stars could not wait to celebrate with her. After the announcement, Katie posted this:

“If you told me at the beginning of 2020 that this was how it would end, I’d never believe you. This year brought me my best friend, my person, the love of my life, and the person I’ll continue to choose forever.”

As for Derek, his last Instagram post was right before Christmas and related to charity. He was doing holiday calls with fans and all of the money raised was going to a local food bank. In his post, he poked fun at marrying a stranger and how this was a positive that came out of it. He seemed happy and unfazed by everything. Everyone heals differently. The new season of Married At First Sight is currently airing every Wednesday at 8 PM only on Lifetime. Wonder how many of those couples will last!

Janelle & Savanah Brown Jet Off On Trip: Where Are They Headed?
Where Does Todd & Julie Chrisley’s Net Worth Stand After Conviction?
Wait, Did Val Chmerkovskiy Decide To Return To ‘DWTS’ This Fall?
Is Buzzy Cohen In The Running For ‘Jeopardy!’ Host?
Josh Duggar’s Changed Appearance In New Prison Transfer Video Shocks Fans