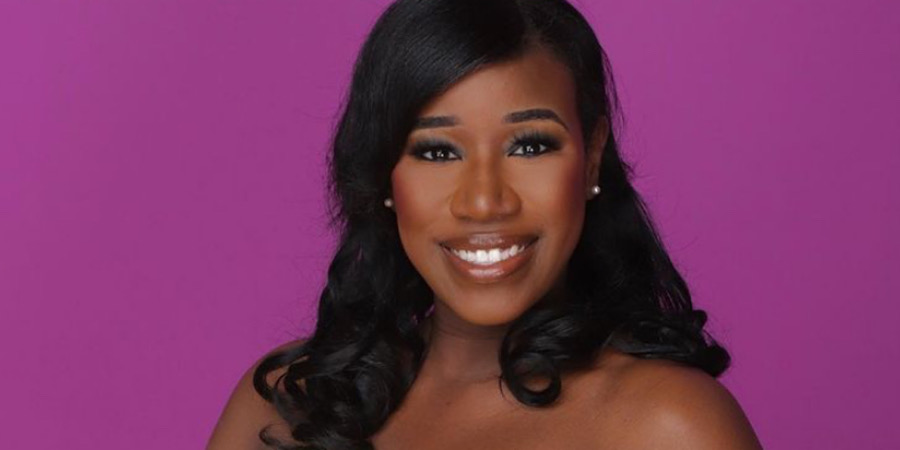 Jasmine McGriff’s Married At First Sight journey did not pan out well. However, her life still went on and it seems to be going very well. Without anyone knowing, the Season 8 cast member gave birth to her first child with a mystery man. We have all of the details of Jasmine’s post-MAFS bliss.

When Jasmine was paired up with Will Guess on Season 8, they did not mesh. Their honeymoon conversations proved trouble in paradise for the couple. The two did not know each other prior to meeting at the altar. In a social experiment, now in Season 12, two strangers are matched by experts. They meet for the first time at their wedding in front of family and friends. After eight weeks, they decide whether to stay married or get a divorce. One of the biggest issues for Jasmine and Will dated back to the way she was raised.

Jasmine was taught “traditional” gender roles. She believed the man was the breadwinner and would take care of the bills. It bothered her Will had big dreams of coaching basketball. She wanted more stability. He also liked to sleep a lot and lacked affection. On decision day, Jasmine said she wanted to stay married while Will asked for a divorce. Jasmine went off to live a very private life after the show ended, so private no one knew she was hiding a big secret.

Jasmine Is A Mom And In Love

A Christmas surprise! Jasmine took to Instagram over the holiday to put her baby bump on full display. She followed it up with the announcement that she had given birth to a baby boy. “I was shocked to discover that I was growing my own sonflower but overwhelmed with love and support from those closest to me during such a rough time.” Jasmine also shared a photo of her boyfriend, though we do not know much about him. Her co-stars could not wait to congratulate her. Dr. Jessica Griffin posted heart emojis with her congratulatory post. Stephanie Sersen, who found love with AJ Vollmoeller on Season 8, sent a “huge congratulations.”

OG Married At First Sight cast member, Jamie Otis called Jasmine, “beautiful mama!!!” Otis welcomed a baby boy in early May this year. She also hosts the MAFS pre-show so is familiar with all of the cast members and their stories. The current season is airing on Lifetime every Wednesday at 8pm so it will be interesting to see what happens with them. Season 10 cast member Katie Conrad just announced her engagement, as well. There is a lot of big news going on in the Married At First Sight world and we have it all here!