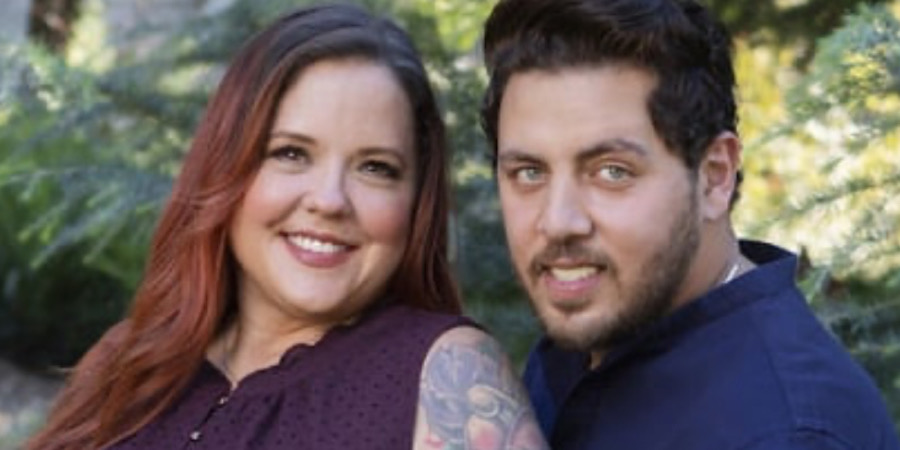 90 Day Fiance fans have watched the love story of Rebecca Parrott and Zied Hakimi. Viewers will get to see the duo reunite tomorrow night on the latest season of the hit series. Unfortunately, it is not rainbows and butterflies when Zied touches down in Georgia.

Viewers first met the couple in 2019 on the spin-off 90 Day Fiance: Before the 90 Days. Rebecca and Zied had met on Facebook. He popped up in her friends suggestions and she thought he was cute. She did use filters on her photos to downplay the 20+ age difference.

Rebecca traveled to Tunisia to meet Zied. He greeted her at the airport wearing a shirt with her face on it. However, she had an even bigger secret than filters. She was not legally divorced yet. But, they were in love despite her being 49 and him being 27.

They did clash in Tunisia. Rebecca was sexy in public, which Zied didn’t like. She exposed her tattoos and wore revealing tops. He did not like other men staring at his girlfriend. They enjoyed a getaway but she had to come clean about her marriage. Even though Zied was not happy, Rebecca had filed the papers so he was able to forgive. He proposed and the K-1 visa paperwork process began as soon as she was officially single. The visa was luckily approved in March of last year right before Covid.

Walking Down the Aisle

According to paperwork filed in Georgia, the 90 Day Fiance couple are actually married. Rebecca and Zied wed on April 19th, 2020. Since the new season of series is currently airing, it would appear we will see the planning and the wedding. But, when Zied first comes to the States to start his life with Rebecca, things do not go so smoothly. It seems he thought just his fiancee would be greeting him at the airport. This was not the case.

Rebecca’s daughter, Tiffany and her fiance, Micah, have come along to welcome Zied to the States. Tiffany greets her soon-to-be-stepfather warmly. Micah already has ill feelings towards Zied, who tries to be kind, regardless. Rebecca tries to tell Zied she wanted to come alone but Tiffany insisted on joining her. He gives one-word answers but claims it is okay. According to Tiffany, “He is just very nonchalant. He’s just like, ‘Yeah, OK. Yeah, OK.'” And Micah is taken aback by how lackluster Zied’s reaction to being in America is.

To be fair, he is in a new country with a new family. And it’s the beginning of Covid.