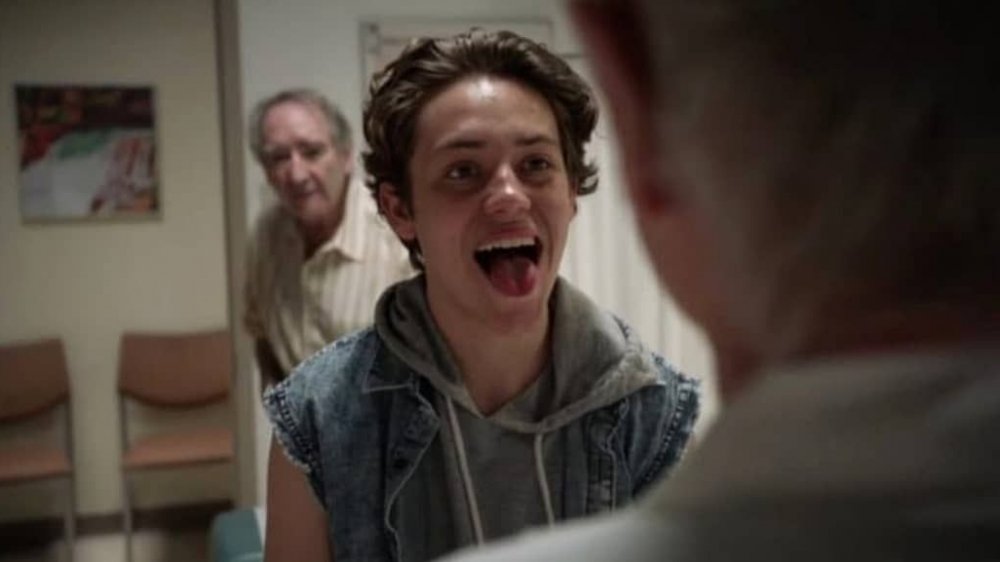 Ethan Cutkosky plays the role of Carl Gallagher on Showtime’s hit series Shameless. As those who follow the series know, Shameless is currently airing (and producing) Season 11. This is also the final season of the series. Unfortunately, production of the final season is currently on pause because of the pandemic. This critically acclaimed series has come a long way since it debuted.

Many of the cast members grew up on the set of Shameless.

Now, we know many of the cast members grew up on the set of Shameless. Ethan Cutkosky, just as an example, was one of the youngest members of the cast. Next to Liam of course. He was just 12 years old when the series debuted. Then, he spent the next 11 years being a part of this family. So, fans… And, his fellow cast members… Got to watch him grow.

That being said, fans could not help but wonder. Ethan was very young when her started the show. And, the show was very much not kid-friendly. Did he watch this show he helped create?

According to an interview with Chicago Tribune, he was not allowed to watch the series. His parents, David and Yvonne Cutkosky, did spend time discussing some of the topics addressed in the series with Ethan. But, they did not allow him to watch it. In fact, it was not until he was 14 that he could watch the show. By this time, he was a few seasons into Shameless as Carl.

Ethan Cutkosky admits his parents were not protecting him

By the time I was able to watch it, I already knew about all that stuff. Half that stuff is probably going on in my school.”

While he grew up on the set he grew close to Emma Kenney. She was also fairly young when the series kicked off. The duo bonded over being awkward pre-teens on the set.

Emma Kenney added to the topic: “We don’t really talk about what happens on the show as much as we talk about normal teenage things. I feel like we talk about it sometimes because it can be a little uncomfortable, but we’ve also grown up with the show and with each other.”

Those who follow Emma Kenney on TikTok know she and Ethan are still close 11 years later.

Does it surprise you to know Ethan Cutkosky wasn’t allowed to watch Shameless? Share your thoughts with us in the comments down below.

‘The View’ Whoopi’s Rants Out Of Control, Producers Step In
Hannah Ann Sluss Is Engaged To NFL Player Jake Funk
Robin Roberts Shares Words For Fans Struggling In Dysfunction
Lindsie Chrisley Seeks Comfort In Her Faith With Dad Behind Bars
‘The View’s Sara Haines Blames Whoopi For Her ‘Wet Pants’