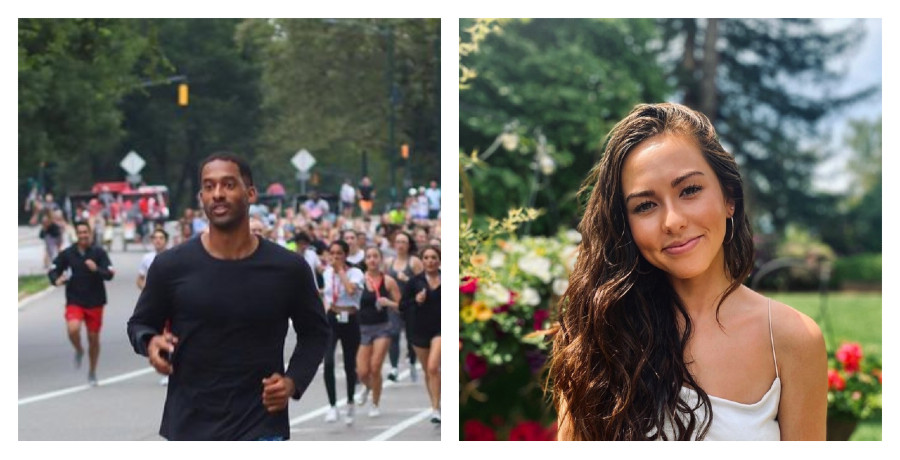 When The Bachelor premiered on January 4, 2021, it broke ground in several different ways. First, there is Matt James as the show’s first black lead. Then, the show reached a milestone with a very common Bachelor Nation name.

Thirdly, the show featured a deaf contestant for the first time ever. Fans quickly fell in love with 25-year-old Abigail Heringer. And it seems she may be falling in love with Matt James.

“The Bachelor” started trending on Twitter HOURS before the Monday night premiere on ABC. Once the ladies started pouring out of the limo to meet Matt James, “Abigail the bachelor,” “deaf bachelor,” and “cochlear implants” all became trending topics. The Oregon native was upfront with Matt James about her hearing loss immediately, per People magazine.

When first meeting James, she said, “So there’s something a little bit different about me.” And she wasn’t wrong. Abigail was born deaf, but cochlear implants at a young age helped her blend into the hearing world. Reportedly, she doesn’t know sign.

Her mother has said that her daughter rarely talks about her disability at all.

But Abigail wasn’t shy about revealing her deafness to Matt James. And his response only endeared him more to both her and the audience at home.

His Reaction Surprised Her

Matt James was basically unknown to Bachelor Nation fans before he was announced as the next Bachelor. He was originally meant to woo Claire Crawley on Season 16 of The Bachelorette. However, amid a widespread reckoning about racial injustice, ABC decided to change course. Instead of being the one wooing, Matt James would be the one wooed.

Before the premiere, several fans expressed concern that James was too “awkward” for TV. But once they actually saw him in action, they quickly changed their minds. However, Abigail Heringer was smitten from the get-go.

Abigail was a guest on Bachelor Nation alum Rachel Lindsay and Becca Kurfin’s podcast earlier this week. As a guest of Bachelor Happy Hour, Abigail had nothing but great things to say about Matt James. His response to her disclosure about her deafness was a “special moment” in her life.

She even took to her Instagram to share a photo of their first meeting. She called it “a night I’ll never forget.”

It seems he feels the same way.

Matt James was equally impressed with his suitress. He spoke to E! News following the season 25 premiere. Matt James described Abigail as “amazing” and “real.” He said that her openness is what he’s looking for in his match.

In fact, he was so impressed by Abigail that she was awarded the first impression rose AND the first kiss. He told E!, “She’s incredible, like, she went above and beyond what I was hoping I would experience that first night and that’s authenticity.”

Fans will have to tune in to see if sparks continue to fly for Matt and Abigail.

On the Happy Hour podcast, Abigail opened up about dating while deaf. She said that it’s something she has been “insecure” about in the past. One issue she’s had in the past is not being able to hear her date in loud environments.

So far, it seems that he isn’t intimidated by the idea of dating a deaf person.