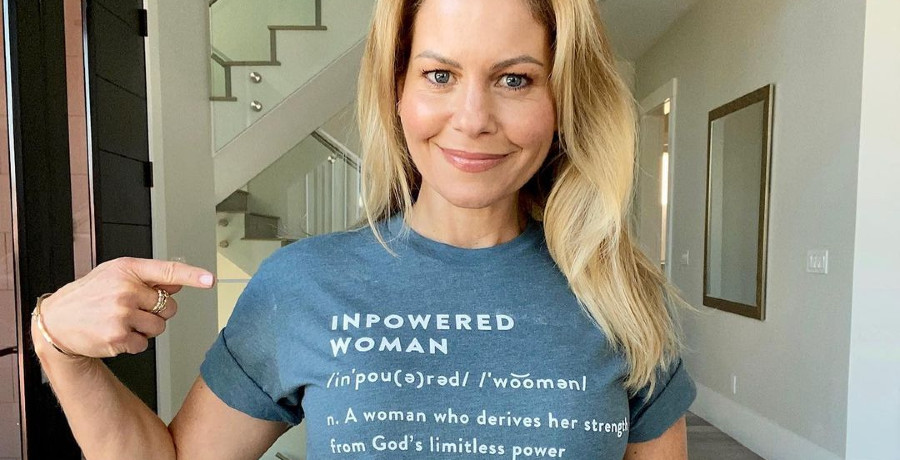 Candace Cameron Bure is fed up with online trolls. The Fuller House star has been getting a lot of hate lately. It’s unclear where it’s coming from. It first started when Candace shared a photo of herself with her husband, Val Bure, getting handsy on the golf course. Soon thereafter, she took to Instagram to call out the haters.

Then, she got a ton of hate during the Christmas season. As TV Shows Ace previously reported, Candace called out the “vile comments” she and her family received as a result of brother Kirk Cameron’s caroling protests. Now, Candace has gotten more “unkind comments” since sharing a family holiday photo.

On Saturday, January 2, Candace Cameron Bure called out the trolls on her Facebook page. She recently shared some family photos from the past year. The Fuller House star couldn’t believe the rude comments she received as a result. It’s probably because the infamous “boob photo” was No. 1 in her collage. But in her post, Candace revealed that the comments were under a “family Christmas photo” she shared.

“I posted my family Christmas photo and sadly, there were so many unkind comments,” she wrote. “Do you think it’s funny to criticize someone’s children? To make jokes about them? To critique our poses? The direction in which we are looking?”

Candace went on to explain that she “wished blessings upon everyone” and even wished her followers a happy new year. However, the trolls weren’t feeling blessed. Instead, they “came back with jokes about our appearance” along with “criticism of what you thought would have been a better photo.” The Aurora Teagarden star had a message for those haters.

“Shame on you. It doesn’t matter if you’re 10 or 90 years old, rude is rude,” Candace said. “Be better than that. I’m praying for humanity. Manners and respect. If you don’t like something, just move on. There are real people and real feelings behind every screen.”

Candace added a postscript. She told her followers to not “tell me to ignore the ‘haters.'” The former child star wanted to call out those who thought it would be funny to make rude comments about her and her family. Some of them claimed to be doing so “with love.” Instead, Candace thinks they should try kindness on for a change.

Candace Cameron Bure previously took to Twitter on Christmas Eve to weigh in on Kirk Cameron’s maskless protests. She got called out for attending the events, which appears to be fake news. The 44-year-old said she would rather follow COVID-19 guidelines. However, she defended her 50-year-old brother and addressed the comments she received.

“However, I don’t appreciate the vile tweets about my family,” she tweeted. “I believe respectful dialogue is the key to being heard. Stay safe.”

I did not attend any recent caroling events. Also, I choose to follow the greater guidelines by wearing a mask and social distance when I’m in public. However, I don’t appreciate the vile tweets about my family. I believe respectful dialogue is the key to being heard. Stay safe🎄

Kirk led dozens of maskless events in December in defiance of California’s stay-at-home orders. He reportedly organized and promoted the events on his Instagram page. The videos showed hundreds of people singing close together while not wearing masks. As for Candace, she does not want to be part of that story.

What are your thoughts on Candace getting all this hate lately? Sound off below.