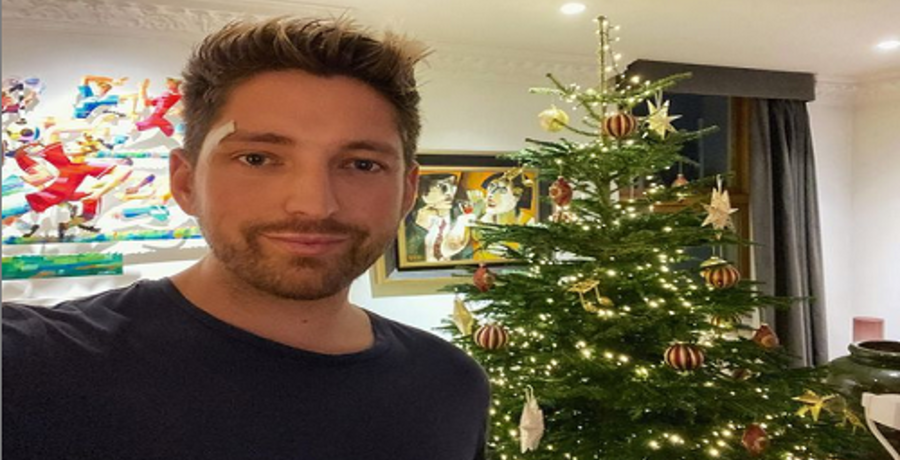 Below Deck alum Josiah Carter and his boyfriend are “officially parents.” No, it’s not what you think. The couple adopted a fur baby. However, the new addition to their family happened “earlier than planned.”

On Sunday, December 27, the former yachtie announced that he and his boyfriend, Michael Groves, are expanding their family. They’re now the proud parents to their new dog, River. The couple has been looking to adopt for a while now. And now their dreams came true around the holidays.

Josiah appeared as a stew during Season 6 of Below Deck. He quickly became a fan-favorite thanks to his friendship with Kate Chastain. Yesterday, Josiah took to Instagram to share their announcement.

In his post, he included a collection of photos of himself with his new fur baby. Also, he started a new Instagram account for River. The very first post tells fans to look forward to “cuteness overload,” which will be easy. The photos on River’s Instagram account shows him spending the holidays at his home in the U.K. He also enjoyed playing in the snow.

Former Below Deck star is making a comeback

Josiah will be back on television soon. He will appear on the new Bravo series Below Deck Galley Talk, which premieres on Friday, January 1 at 7 p.m. ET. Kate Chastain teased the news on Twitter. This spinoff is like 90 Day Fiance: Pillow Talk but for Below Deck fans.

Probably going to regret most of what I said but had a great time talking shit with @Conconarias while watching #BelowDeck on the NEW series #GalleyTalk premiering Friday @ 7/6c on @BravoTV! pic.twitter.com/6hIVr4hpj8

As TV Shows Ace previously reported, this new series will reunite Below Deck and Below Deck Mediterranean cast members. They watch the current season of Below Deck by sharing some of their witty input. It also includes returning favorites such as Colin Macy O’Toole and Bobby Giancola, Anastasia Surmava and Alex Radcliffe, and Kelley Johnson and Amy Johnson. Josiah Carter and Julia d’Albert Pusey will bring their British input to the broadcast.

Over the summer, the Below Deck second stew looked unrecognizable in some of his Instagram selfies. He unveiled a new look while traveling to Palma De Mallorca, Spain. On August 14, Josiah announced he went platinum blonde. However, his fans had to do a double-take.

Josiah’s new look got plenty of comments from his fellow Below Deck friends.

How do you feel about all this sudden Josiah news? Sound off below in the comments section.