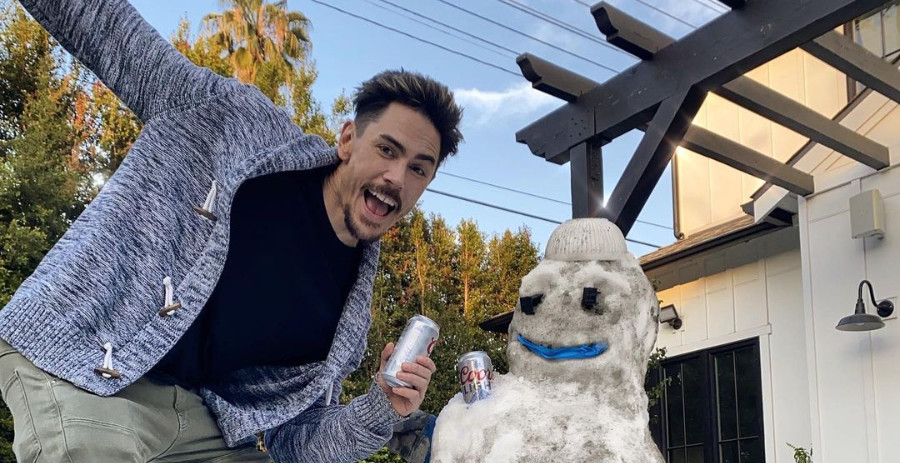 Vanderpump Rules star Tom Sandoval has a new gig! And it might explain the creepy pornstache he’s been sporting for months. The aspiring actor landed one of his biggest roles yet! And it’s not bartending.

When Vanderpump Rules premiered in 2013, Bravoholics were introduced to the aspiring actors and actresses working at SUR. Among those working at Lisa Vanderpump’s eatery was Tom Sandoval. Bartender by night, model by day, acting was his true love. In the years since, Sandoval has mostly retired from modeling and become a businessman.

Along with Vanderpump Rules co-star Tom Schwartz, Sandoval is part-owner of the TomTom bar. Lisa Vanderpump is the majority owner, but the two Toms have a small stake each. With bars and restaurants shut down since March, it seems Sandoval went back to his first love – acting.

Earlier this week, Entertainment Tonight shared the news that the Vanderpump Rules star has a role in an upcoming Lifetime movie.

What is The Wrong Real Estate Agent About?

The Wrong Real Estate Agent stars Vivica A. Fox as Julie and Alaya Lee Walton as her teenage daughter, Maddie. ET reports that the film is “part of the Wrong movie franchise.” When the mother-and-daughter duo rent a home from their local real estate agent, things get strange.

The outlet notes that they hear “strange noises” on the property, perhaps implying that someone else is living there. Cue the creepy handyman. This is where Tom Sandoval comes in. In the role of Connor, Julie and Maddie are creeped out by his behavior. However, the real estate agent assures them he is harmless. But is he? Doubtful. This is a Lifetime movie, after all.

The movie will kick off the new year. As Lifetime fans know, the network has been airing a slew of Christmas movies in their It’s A Wonderful Lifetime series.

The Wrong Real Estate Agent isn’t Tom Sandoval’s only acting gig. His IMDb page lists several small roles. He also had a starring role in Bon Jovi’s “Misunderstood” video. In the 2002 music video, Sandoval plays the guy who spins an elaborate story about how he ended up in bed with another woman.

In addition to acting and waiting for TomTom to open, Sandoval released a cocktail book with his girlfriend Ariana Madix earlier this year. However, the book is now the subject of a lawsuit. Sandoval recently spoke out, calling the lawsuit “frivolous.”

Bravo has yet to announce if or when Vanderpump Rules will return for Season 9. However, fans can watch Sandoval in The Wrong Real Estate Agent on Friday, January 1, 2021, on the Lifetime Movie Network (LMN.)