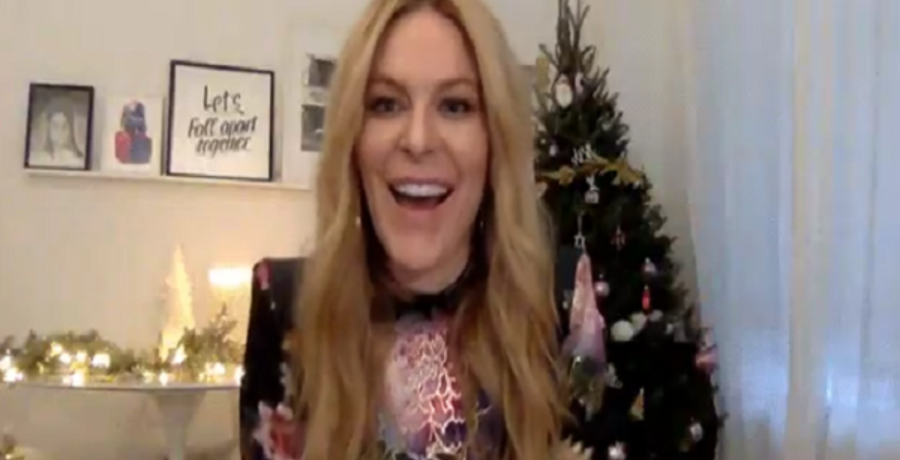 Leah McSweeney almost teased a major RHONY spoiler. The reality star made an appearance on Watch What Happens Live with Andy Cohen on Monday, December 21. She was the first doorbell of the night during the holiday special. Leah is currently filming Season 13 with her co-stars.

She couldn’t reveal too many details about the new season. But she did say that it’s going to look a lot more different than RHONY Season 12. Fans were tired of watching the Housewives drink heavily in each episode. And now, it sounds like this season is going to be more political and “polarizing,” according to Leah.

On Monday night, Leah McSweeney almost spilled the beans on The Real Housewives of New York Season 13. But she held back on her words. Instead, she admitted that this season is going to look a lot different.

“I think that Season 13 is going to be the most polarizing, real season of The Real Housewives of New York City,” Leah teased during Watch What Happens Live.

Then, Andy asked about her first impression of newcomer Eboni Williams. He also wanted to know if she will feud with any of the RHONY ladies. Leah seems impressed with Eboni. She also thinks that fans won’t be disappointed as well.

“She hasn’t disappointed me,” Leah responded. “We’re actually very close and I love having her on the show with me. …You’ll be surprised by who she clashes with.”

#RHONY star Leah McSweeney says fans will be "surprised" when they find out who @EboniKWilliams clashed with first on the upcoming season. #WWHL pic.twitter.com/K3WyQSdel8

In October 2020, Eboni confirmed that she will be a full-time cast member on Season 13. Leah posted a selfie with Eboni via Instagram, writing, “Let the games begin.” Also, Bershan Shaw, a motivational speaker, and business coach filmed a few episodes for Season 13. However, her role in the show is unknown.

This comes after Leah called for more diversity on the show. She made it clear that she wants an actual representation of New York City.

Sources then told that Us Weekly that the network wants to “shake things up” with RHONY. The producers considered Leah’s thoughts on being more inclusive. They realized that featuring a “handful of white women” doesn’t “represent what New York City is all about.”

What else to expect in the new season

Leah McSweeney shared that things will look a whole lot different. In August 2020, Andy Cohen teased the new season but provided very little details. He said that he’s “excited for what we have planned.” Tinsley Mortimer quit RHONY Season 12 after she got engaged to Scott Kluth and moved to Chicago.

In August 2020, Dorinda Medley announced her exit from the series. As for RHONY alum, Bethenny Frankel, she made it clear that she’s done with the franchise. Now that both Dorinda and Tinsley are out, there are two roles to fill. It’ll be interesting to see how RHONY plays out.

The Real Housewives of New York Season 13 will air sometime in 2021. Check back with TV Shows Ace for more news and updates.