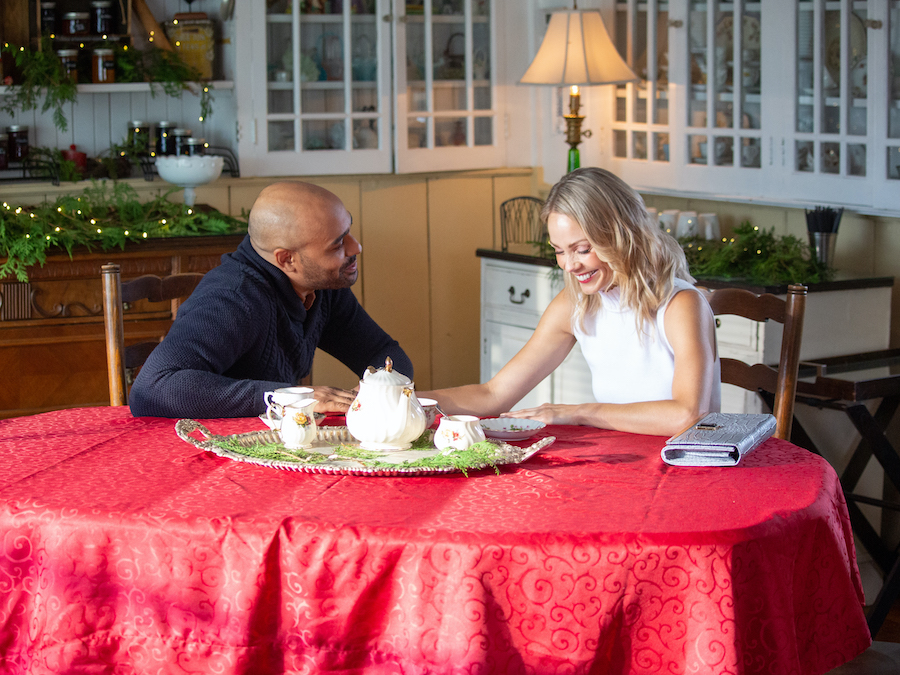 It’s A Wonderful Lifetime ends in less than a week, but there are still a few new holiday movies to check out. The latest is A Christmas Exchange starring Laura Vandervoort (V-Wars), Rainbow Sun Francks (High Fidelity), Yanic Truesdale (The Fixer), and Martin Roach (The Wedding Planners).

What happens when the owner of a Connecticut farmhouse exchanges their home with a London financier’s luxe apartment? Maybe some romance?

What Is Lifetime’s A Christmas Exchange About?

According to TVLine, this Lifetime Christmas movie is about Molly Cooper (Vandervoort), who is looking for something real during the holiday season. She just lost her grandmother. Molly is also an editor without a job, as the local paper just closed down. She is finding it hard to reinvent herself as she has lost her way.

So, acting on a childhood dream, Molly does a house swap. She heads to the “most romantic city in the world,” London. She does this by swapping her Connecticut farmhouse for a very posh apartment.

London Financier Patrick Kingston (Francks) has had his own pivot. He is a workaholic that just suffered something pretty serious. Patrick needs to reinvent his life. A house swap is his chance to finally write that thriller he has in his head.

Molly and Patrick continue to email each other, and they each find their exchanges quite enjoyable. Molly thinks she has found her English guy, when she takes on an editing job, but that doesn’t work out. But, what about Patrick? What would happen if they both met in real life?

A Christmas Exchange premieres on Saturday, December 19, at 8 p.m. Eastern.

Smallville fans will certainly remember Laura Vandervoort. She portrayed Kara Zor-El/Supergirl. Screenrant reported that when the Smallville cast hosted a virtual panel, she commented that she would have loved to burn her old Supergirl clothes.

Vandervoort has now gone from superhero to frequent Christmas movie heroine. This is her third holiday movie with Lifetime. So, she is an old pro and could certain show Rainbow Sun Francks the ropes. This is the Stargate Atlantis star’s first Christmas movie role.

It’s A Wonderful Lifetime ends on Christmas Day. Therefore, there are only a few more days left to check out Christmas movies. Don’t forget to watch The Christmas Setup. This is Lifetime’s first lead LGBTQ story and it is hysterical. This stars real life married couple Ben Lewis (Arrow) and Blake Lee (Parks and Recreation). In addition, Fran Drescher (The Nanny) plays both mom and matchmaker.

Subsequently, another first for Lifetime is A Sugar & Spice Holiday. This is the first Lifetime Christmas movie that features a story that includes special holiday traditions of a Chinese American family.

Don’t miss the premiere of A Christmas Exchange, on Saturday, December 19, at 8 p.m. Eastern.