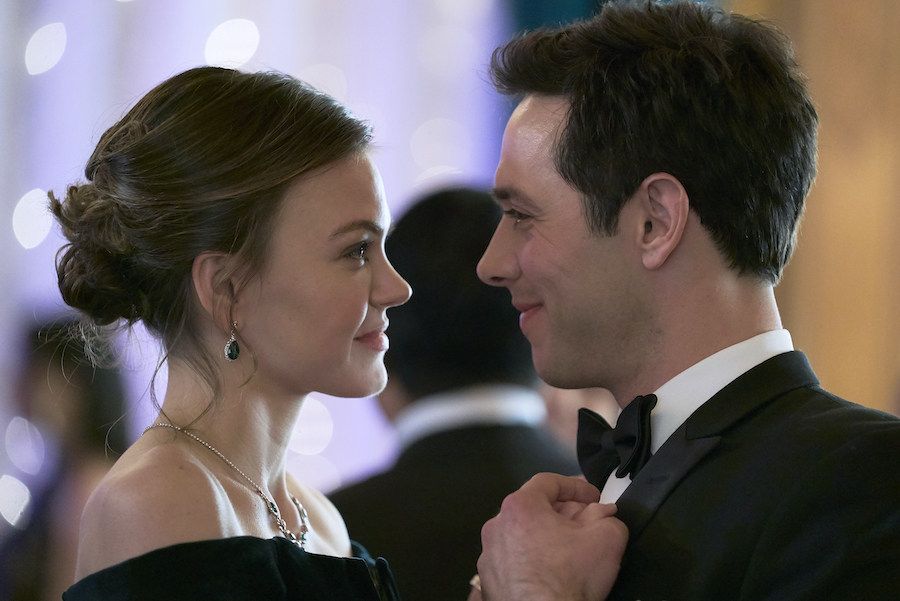 Hallmark is starting out 2021 with fresh starts and new adventures. They have rebranded Winterfest with New Year New Movie. One highly anticipated tittle is A New Year’s Resolution. Starring Michael Rady (UnREAL, The Christmas Bow) and Aimee Teegarden (Friday Night Lights, Once Upon A Christmas Miracle), this movie promises to start your 2021 with a lot of hope and gumption.

What Is Hallmark’s A New Year’s Resolution About?

According to the Hallmark press release, Kelly Leone (Teegarden) is a Milwaukee morning show producer. Deciding to mix things up, she comes up with a New Year’s resolution that will bring some real change to her life. Most importantly, for one full month, she cannot say no to any sort of invitation.

The-powers-that-be at the show love this idea. However, Kelly agrees, rather reluctantly, that she will go on air. Subsequently, she will go public with her New Year’s resolution to say “yes!” to every activity and invitation, for one full month.

This goal has really challenged Kelly. She is participating in activities she would never imagine doing. The television producer is also accepting invitations. In addition, one of the bonuses for getting so involved has to do with the irresistible Tom Malone (Rady).

Charismatic and adventurous, Tom is having a blast enjoying adventures with Kelly. However, will these temporary changes bring her permanent happiness?

This Hallmark movie was filmed in late 2019. It was originally going to air as part of Winterfest 202o. The network never explained why it was removed, but this appears to be the perfect 2021 movie.

Hallmark is starting out 2021 with tossing out the old and bringing in something different. According to The Futon Critic, they have rebranded Winterfest to New Year New Movies. These movies kick off January 2nd, and celebrate “a month of fresh starts and new adventures.”

Moreover, the first original New Year New Movies romance is Taking A Shot At Love. Starring Luke Macfarlane and Alexa PenaVega, this will premiere on January 2, at 9 p.m. Eastern, on the Hallmark Channel.

When Can You Watch A New Year’s Resolution?