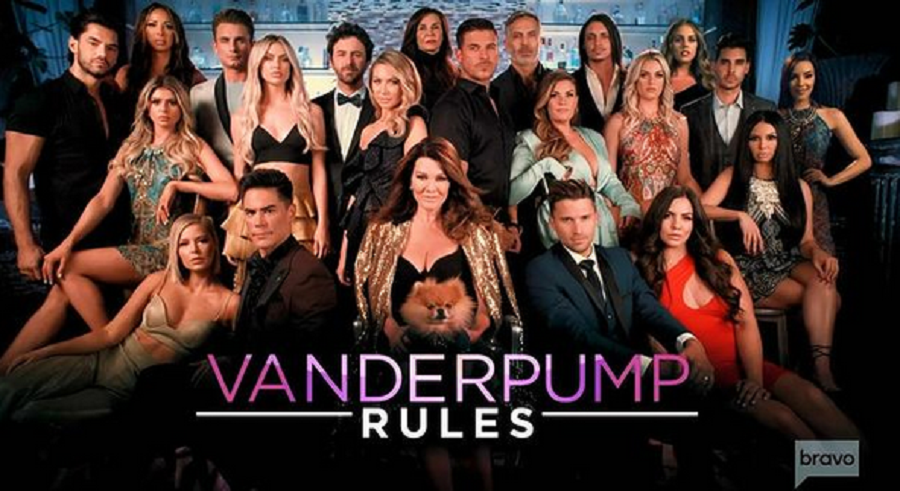 Vanderpump Rules cancellation rumors swirl again. This comes after Bravo reportedly fired Jax Taylor and Brittany Cartwright from the reality series. Apparently, the firings are ongoing. Back in June, the network fired Stassi Schroeder and Kristen Doute for their racially insensitive remarks.

As fans know, the future of the show is unclear. Even the castmates don’t know when and if production will resume. The show is currently on hold due to the coronavirus pandemic and firings. Rumors of a spinoff series and a cancellation of Pump Rules have been floating for months and have now popped up once again.

As per Tamara Tattles, Vanderpump Rules Season 9 is allegedly shelved. On Tuesday, December 1, there was a rumored Zoom call about the future of the show. Tamara Tattles alleges that Bravo didn’t extend any of the cast’s contracts. The blog alleges that the network fired the entire cast.

Each cast member has signed “a one-year non-compete” clause that prevents them from speaking out about the firings. It could be the reason why they couldn’t say anything about the fate of the series. According to Tamara Tattles, Vanderpump Rules is rumored to be cancelled. However, updates are still coming as this rumor is still fresh.

Also, Jax Taylor was alleged to have a spinoff series featuring him and Brittany Cartwright. But, Evolution Media spoke to Bravo and they passed on the idea. They didn’t want to do another series about the couple. As for Lisa Vanderpump, she still has a contract as a cast member and Executive Producer until 2022.

Could a spinoff series happen?

If Lisa Vanderpump is still working with a network, then a spinoff is a possibility. Jax and Brittany hinted their return to television. They told fans to stay tuned. Since so many of the original cast members are expecting babies, they could have a spinoff show with the Vanderpump Rules cast members as new parents.

In addition to Brittany, Stassi Schroeder, Lala Kent, and Scheana Shay are also pregnant. Scheana previously shared her concerns about the future of the show.

“I’m worried that, I mean, ’cause we don’t know exactly what’s going on,” she shared on her “Schenanigans” podcast back in November. “We were just gonna assume that with three cast members all being due in April, they would kind of schedule around that, but nothing has been said for sure.”

“And with all the counties in the state going back into purple, I don’t know if that’s going to affect what the tentative plan even was,” the “Good as Gold” singer continued. “That’s just in my head. Nothing has been confirmed.”

Why the cancelation rumors could be true

The network is keeping mum as they decide whether to shelf Vanderpump Rules or green light it for another season. According to E! Online, the show still hasn’t resumed and there is no start date in sight. But what would the main storyline be?

The outlet also added that “with so many uncertainties during the COVID pandemic, showrunners are telling the crew that the show has not been canceled, but the upcoming season is currently on hold, and asking them to please sit tight until the future is more clear.”

Bravo typically films the show in the summertime. But with the pandemic and Los Angeles shut down, it was impossible to film. SUR and PUMP have since reopened, but now the future of PUMP is up in the air. Now maybe the right time for Vanderpump Rules to end once and for all.

What are your thoughts? Do you think there’s truth to the cancelation rumors? Sound off below.