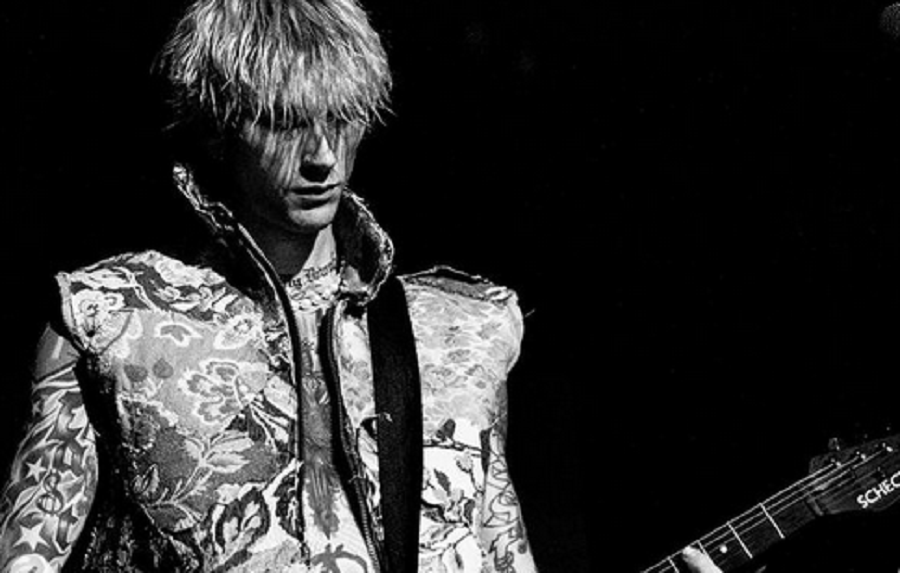 Machine Gun Kelly just revealed that he entered rehab for substance abuse. He credits his girlfriend Megan Fox for getting him back on track with his sobriety. The 30-year-old “Bloody Valentine” singer made the revelation during a conversation with Now You See Me actor Dave Franco for the latest issue of Interview Magazine.

The singer whose real name is Richard Colson Baker shared that he’s going to therapy. It’s been helping him with his mental health and drug issues. He got very candid during the interview. Kelly shared the details about his struggles and his relationship with the Transformers actress.

Machine Gun Kelly revealed that his “drug of choice” used to be Adderall. Thankfully, he’s doing much better these days. The actor is focused on working on his art, rather than using the vices that he thought would lead to his art. Dave Franco asked him if he felt comfortable talking about his drug use. Kelly laid it all out on the table and talked about his struggle with Adderall.

“Adderall was a huge thing for me for a long time,” Machine Gun Kelly said. “And I went from orally taking it to then snorting it.”

Kelly got hooked up with a “medicine man” who provided him with the drug. That’s when he realized that he had a substance abuse problem. Kelly was convinced that he couldn’t make music without the drug in his life. Then, he realized that the real problem was him, not Adderall.

“If that pill did that for you, then everyone’s who taken that would just be making albums and writing songs,” the “Drunk Face” rapper continued. “And so that limited me.”

He admitted that his recovery is “early” in its process. Machine Gun Kelly credited his girlfriend of six months, Megan Fox, for encouraging him to seek help. But he also admits that he needed to realize he had a problem as well.

“I’m taking steps. I had my first therapy session last Thursday,” he said. “That’s the first I ever went, ‘Hey, I need to separate these two people,’ which is Machine Gun Kelly and Colson Baker. The dichotomy is too intense for me.”

Of course, it hasn’t been easy. Kelly says he’s been “ripping my hair out.” The Midnight in the Switchgrass thought that things would change overnight. Aside from treatment and therapy, he’s also been meditating and keeping himself distracted. Thankfully, Megan has been here for him.

Kelly even name-dropped the Jennifer’s Body star for sticking around. He explained in great detail how she’s been helping him.

“When you have a partner, mine being Megan, sitting there with you on those dark nights when you’re sweating and not being able to figure out why you’re so in your head, to help you get out of your head and put it in perspective, that really, really helps,” he added.

In addition, he said that Blink-182 drummer Travis Barker has “been huge in the process of grounding” him. He showed love for both stars in a previous Instagram post. Kelly and Megan recently stepped out on the red carpet together at the 2020 American Music Awards.