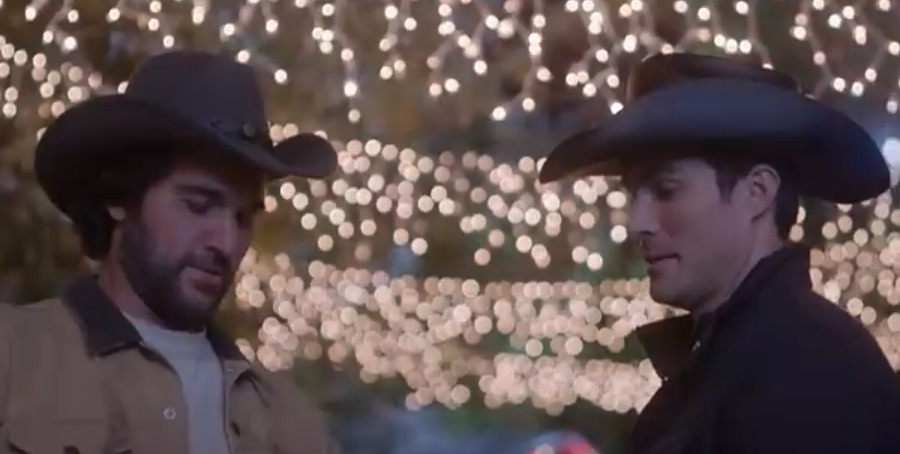 What do we know about this new movie?

What Is LGBTQ Christmas Movie Dashing In December About?

According to People, the Paramount LGBTQ Christmas movie, Dashing In December, has the same sort of story you expect to see in any traditional holiday movie. This is the story of  Wyatt (Porte), who heads back home to the family ranch for the Christmas holiday.

He is on a mission. Wyatt wants his mom Deb (MacDowell) to sell the ranch. This is too much work for her, and Wyatt has zero interest in maintaining such a labor intensive property. Besides, he is searching for more, and Wyatt doesn’t think he is going to find it in his old small town.

Wyatt had shun his cowboy boots for the sleek look of the successful New York City financier he has become. So, Wyatt is quite surprised when he meets Heath (Di Pace), who loves the ranch and living in the country. Heath has found his perfect place. Unlike Wyatt, he is not searching for more to make him happy. This makes Wyatt start to take stock of his surroundings.

Some of those surroundings includes running into Heath outside of the bathroom, and around the ranch. The two certainly find each other attractive, but Wyatt thinks it is only on his end. That is, until his friend Blake Berry (Caroline Harris, Westworld) points out that the feeling is definitely mutual. “You’re not really that clueless, are you?”

Turns out, those greener pastures were right there in Wyatt’s home town. He didn’t have to go any further to find his heart and happiness.

Peter Porte, who frequently plays the male lead in heterosexual Hallmark and Lifetime romance movies, went to Instagram to share his excitement for this new LGBTQ Christmas movie.

He wrote, “Is it Christmas yet?🎄Cannot wait to share this holiday treat with you! ‘Tis the season to be inclusive so mark your calendars, DASHING IN DECEMBER premiers December 13th at 7/6c on 4 networks! @paramountnetwork@poptv @logotv @tvland ⛄️⛄️⛄️”

Porte, who previously starred in the Young and the Restless as Ricky Williams, married his husband in 2018. According to Soaps, Porte and his husband, Jacob Villere, tied the knot in New Orleans.

The wedding and festivities occurred at the stunning Latrobe’s on Royal.

When Can You See Paramount’s LGBTQ Christmas Movie?

Dashing in December premieres December 13 at 7 p.m. Eastern, on the Paramount Network. In addition, there will be simulcasts on Logo, Pop and TV Land.