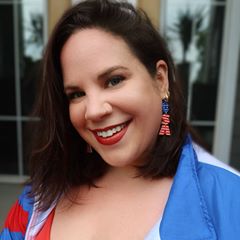 Viewers of My Big Fat Fabulous Life has been wondering if Chase’s baby mama will be on season 8.  Right now on the show, Chase and Whitney are planning their wedding. But fans know how all that ends and the questions are pouring in!

A match not made in heaven

Whitney Way Thore and Chase Severino met through a mutual friend. The two hit it off and started making plans for their future. everyone felt that Whitney was moving forward in her life with Chase. Chase surprised Whitney 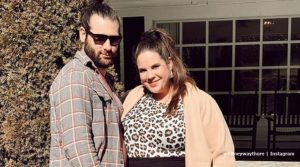 with a proposal on a trip to Paris. The two seemed great for each other even though they had argued over the possibility of having children. Fans recently learned that the My Big Fat Fabulous Life couple were able to live together due to the COVID pandemic. Fans think this is the start of the two to drift apart.

Chase dropped a major bombshell on his fiance that made people see him as a monster. In the season 8 premiere footage, fans watch as Chase made it clear that he wanted to meet up with Whitney. However, Whitney did seem uncomfortable about meeting in person. Therefore, he was forced to tell her the news that he had cheated and gotten the woman pregnant. Chase was expecting a baby within 6 or 7 months.

Viewers watch as Chase tries to explain that he didn’t mean for the pregnancy to happen. He went on to say he had found love again with Sara Jackson, whom he knew from Charlotte. Chase did welcome a baby girl in August of this year. It does not look like Sara will appear on the show, making it unlikely to see the new baby. In one episode we watch as he begs for Whitney’s forgiveness. Whitney breaks down and lets Chase know, through tears, that she will always love him.

Whitney Way Thore needs some time to herself

After the awful breakup from the relationship, Whitney took a long break from social media. She now seems to be back and healed from such a rough breakup. Even though Chase will appear on the reality show, he won’t have a major role. Viewers will see a lot of Whitney’s friends and family come together to support her as she heals from the breakup. Buddy even plans a big role in the healing process, according to an article by Screenrant. Many fans have shown their desire for Whitney and Chase to try again.