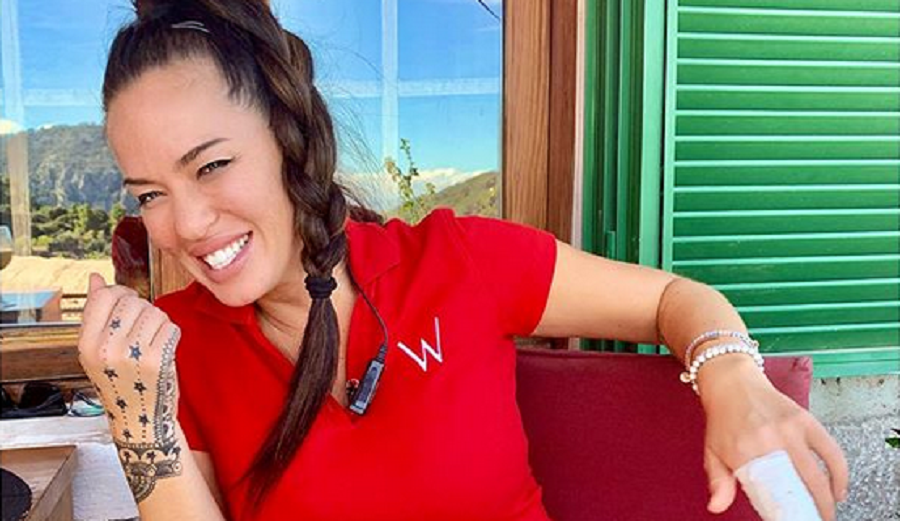 With each passing moment, Charley got more and more demanding. He asked deckhand James Hough to wear a Speedo during dinner. However, a third stew from Season 5 of Below Deck Mediterranean doesn’t agree with him. She spoke out after Charley made the claim on Twitter.

Below Deck Med alum disagrees with the rude charter guest

Jessica More spoke out about the matter on Instagram. The fan account Below Deck Above Average shared the screenshots of Charley’s tweet on Instagram. In the first tweet, Bravo Man wrote, “Man.. I would be the easiest charter #BelowDeck could have. I’ll eat whatever the chef makes and the stews can take their sweet time with no pressure. Some of these charters I [sic] are absolute douchebags like this guy.”

The fan tagged Charley Walters’ Twitter account. He caught wind of the tweet and responded: “But they wouldn’t cast you for that. That’s not what the show is about. You have to be demanding and dramatic or there’s no show.”

However, Jessica has a different story to share. She revealed that the show isn’t about rude guests. “I don’t agree with this,” she commented on Below Deck Above Average’s Instagram post. “shows don’t need to be about tacky rude drama. So many folks actually want to see heartfelt good drama that is being deprived on our TVs…” Below Deck Season 6 alum Caroline Bedol chimed in as well. The former third stew wrote: “Schmuck thinks ‘demanding’ and ‘demeaning’ are the same thing.”

Charley Walters backs up on his claims

The Below Deck charter guest has gotten a lot of backlash on social media. Many viewers tweeted that he and his friends were too demanding on the show. But Charley pushed back against the backlash. He claims he was told to be demanding.

“I’m used to this, gang,” he responded to a thread with fans dragging him. “Do you think @BravoTV has repeat guests back to play nice and be ‘not demanding’? That’s not what I was told!”

Another viewer asked Charley if the producers “told you to act like a piece of s*** to the crew?” Charley responded, “Correct. That’s what makes the show.”

He especially had to be obnoxious whenever he ordered food. Chef Rachel Hargrove had to master a complex international menu during dinner. And then she had to deal with demanding orders the next day at breakfast. Over on Twitter, Charley argued that he was told to “come up with the most extravagant orders you can think of.”

The longtime Below Deck captain didn’t reveal whether producers told Charley to be demanding. Instead, he hinted that Bravo producers don’t encourage drama. “So Charley is apparently saying @BravoTV tells him to be overly demanding…Is that true @capthlr?” one fan tweeted. “Or is he just truly the jacka** as he comes off as? Nice to see Eddie back as bosun!!! And you back at the helm of course!”

“Bravo has never told me to do anything,” Lee responded. “And I just call Charley high maintenance, but he knows that. Is good to have Eddie back, I agree.”

Bravo has never told me to do anything and I just call Charley high maintenance, but he knows that. Is good to have Eddie back, I agree. https://t.co/1DdDjM6h1k

What are your thoughts? Do you think Bravo has control over the drama? Or, do you think the charter guests are naturally demanding? Sound off below in the comments section.