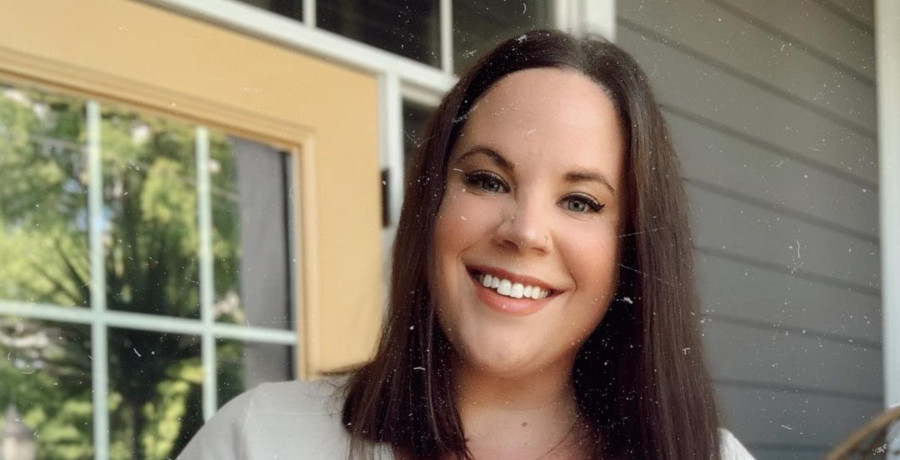 Fans of My Big Fat Fabulous Life know the outcome of the show’s Season 8, even though it just began airing. As widely reported months ago, the show’s star, Whitney Way Thore, ended her engagement to Chase Severino. Viewers saw the couple get engaged during a romantic trip to Paris, France, in Season 7.

However, after filming ended, Whitney Way Thore found out some shocking news about her fiance. Not only did he cheat on her, but he got another woman pregnant. Needless to say, the engagement is off.

But fans think now that they can clearly see the demise of the relationship coming. Were there red flags that Whitney Way Thore missed about  her ex-fiance?

After the Season 8 premiere, fans took to Reddit to share their thoughts. In one thread, a fan wrote about a HUGE red flag for them. The social media user wrote that in their experience, an engaged couple should be more touchy-feely.

The thread is titled “What engaged couple never touches either like Chase and Whit?

They wrote, “When my husband and I were engaged, we were always holding hands, sitting so close we were touching, kissing constantly, stroking each other’s hair…”

The Redditor noted that on MBFFL, “[Whitney and Chase] never reach out and spontaneously just get near each other except rarely and Whitney is always the instigator.” In fact, during a car ride, Whitney chooses holding her cat’s paw over holding Chase’s hand.

Many Redditors chimed in with agreement. They consider the lack of physical affection a clear red flag that the relationship wouldn’t last. To some fans, it ‘proves’ the allegations that her entire romance with Chase was faked for TV.

Star Admits Playback Will Be ‘Painful’

What fans are seeing on TV actually happened in real-life MONTHS ago for Whitney Way Thore. She’s had time to get over her broken engagement. But now she has to relive it all over again. Ahead of the Season 8 premiere, she spoke with PEOPLE magazine about what that will be like for her.

She said, “I’ve had six, almost seven months to get past this and move forward, and now to see it on TV is not ideal.”

Furthermore, she predicts this will be the most “stressful” season for her. But she has a sense of humor about it. On premiere day, she took to her Instagram to share a video with her followers about the new season.

Whitney Way Thore is not new to reality TV. In fact, in her Instagram post, she notes that she had premiere parties for the first 2 seasons of her TLC show. However, this season will be different. She said – perhaps joking, perhaps not – that she “already cried” while watching the season premiere.

In the video, she jokingly films herself munching on snacks and sipping on a drink while watching the drama happen on MBFFL.

Do you think Whitney’s relationship with Chase was doomed from the start? Let us know your thoughts on the Season 8 premiere in the comments down below.

‘American Pickers’: Danielle Colby Puts Bare Booty On Display
Did Tori & Audrey Roloff Finally Bury The Hatchet?
What Happens If Too Many People Qualify For ‘Jeopardy!’ TOC?
Teresa Giudice Said One ‘DWTS’ Judge Had It Out For Her
Netflix Removes LGBTQ Tag From New Jeffrey Dahmer Series