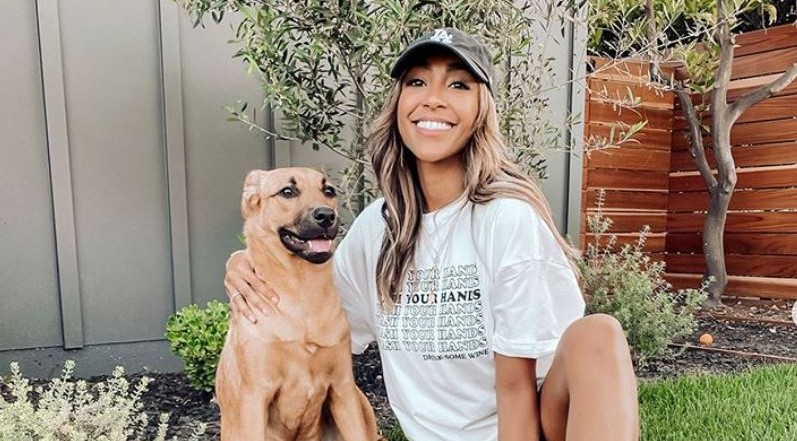 Clare Crawley fell madly in love with Dale Moss on The Bachelorette. Her speedy journey led producers to seek out Tayshia Adams to step in and replace her. Fans saw Tayshia arrive in a limo and walk in to meet the men on last Thursday’s episode. Now that the cat is out of the bag about her stepping in as the lead, she is doing interviews and dishing a lot of dirt. This includes if any of her exes reached out to her prior to filming.

Tayshia reveals if any exes reached out to her

Josh filed for divorce in October 2017. The divorce was final in November 2017. Tayshia says she did everything she could to ensure she tried to save their marriage. This included counseling.

She said, “When things were getting really bad, we were like, OK, we need to go see a counselor. Actually, that was my doing, because I knew I needed to do absolutely everything in order to know that was the end of the road.… At that point, you kind of walk through some things and you try as hard as you can, but you can’t force someone to love you.”

It wasn’t difficult to open up about divorce

When Tayshia stepped in to meet the men on her season, she wasn’t afraid to open up about her divorce. She said, “It’s not hard at all [to talk about] because it’s definitely something that I’ve experienced in the past and it led me to today. But I don’t want it to define me because it doesn’t define me. It’s just something that I grew from and I learned from.”

She is ready and wanting to find love but admits the fear of divorce will always be in the back of her mind.

She won’t say currently if she is still in love. However, she does say she fell for more than one man on the show.

Does ‘Better Call Saul’ Season 5 Have A Netflix Release Date?
Which ‘Too Hot To Handle’ Stars Almost Quit While Filming?
Ryan Paevey Fans Will Be Disappointed By Latest Hallmark News
‘Yellowstone’ Creator’s New Series Attracts Nicole Kidman, Zoe Saldana
‘When Calls The Heart’ News: All Eight Seasons To Be Available On This Streaming Service