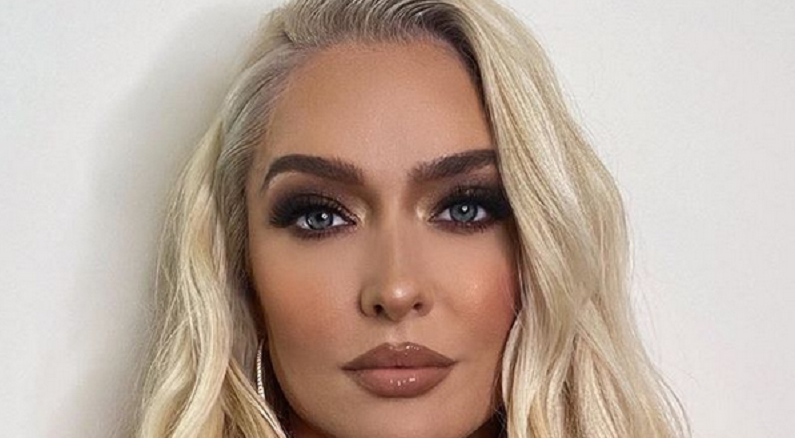 RHOBH star Erika Jayne shocked fans on Tuesday, November 3 when she announced her divorce from law attorney Tom Girardi. They were married for 21 years. Fans certainly didn’t see this coming. But a rumor that a Real Housewives marriage was in trouble has swirled for almost a month.

Of course, fans assumed it was Kyle Richards and her husband Mauricio Umansky. They thought of the couple since they were the subject of cheating rumors in the past. Last month, a blind item circulated on the internet. While the Real Housewives is a franchise, fans quickly assumed the rumors had to do with the Beverly Hills Housewives.

Read on to find out how the rumors started.

According to the blind item website Crazy Days and Nights, “Despite what she might say, this west coast Housewife’s marriage is on edge because of her husband’s affair.”

The phrase “West Coast” referred to the Real Housewives of Beverly Hills and Real Housewives of Orange County. But most of the Housewives on RHOC are not married. Kelly Dodd didn’t get married until after the blind item came out. Braunwyn Windham-Burke talked about her “modern marriage” and revealed that her husband, Sean Burke, moved out of their family home.

As for RHOBH, Lisa Rinna previously laughed off the Harry Hamlin affair rumors. That left fans with Dorit Kemsley, Erika Jayne, Kyle Richards, and Emily Simpson. They’re the only Housewives with current marriages. Kyle Richards and Mauricio Umansky have been rocked by affair rumors, leading fans to think the blind item was about them.

Kyle Richards responds to those rumors

The RHOBH star revealed how she and her husband felt about the rumors about them. On Thursday, October 22, she spoke to Us Weekly at the Bedford Breast Center on Annual Mammogram Day. Kyle wanted to create awareness to breast cancer research, but of course she had to address the rumors. The Bravo star admitted that she wasn’t aware that this rumor was circulating.

“It used to get me so upset when lies were out there about me,” Kyle told Us Weekly at the time. “I’m gonna get myself so worked up and so emotional. And now, I really just like – oh, my God. I can’t believe it. But this [new] one through us for a loop. This last one, because we didn’t know [about it], I don’t have a Google alert or anything either.”

The couple shared a photo together in Aspen over the summer. One fan told Kyle that they were happy to see the rumors aren’t true. Mauricio asked Kyle about the rumors. The couple had no idea what the fans were talking about.

RHOBH fans in shock over Erika and Tom’s divorce

They had no idea the blind item had to do with Erika and Tom’s marriage. The 49-year-old pop singer married the 81-year-old lawyer in 1999. On Tuesday, Erika confirmed the news via a statement.

“After much consideration, I have decided to end my marriage to Tom Girardi,” she told Us Weekly. “This is not a step taken lightly or easily. I have great love and respect for Tom and for our years and the lives we built together. It is my absolute wish to proceed this process with respect and with the privacy that both Tom and I deserved I request others give us that privacy as well.”

Although Tom rarely appeared on RHOBH, Erika defended their marriage and age difference. She also wasn’t shy with talking about their intimate life. Fans are looking forward to seeing their divorce play out on Season 11 on RHOBH, which is currently in production.

Did you guess that the blind item was about Erika and Tom? Sound off below in the comments section.