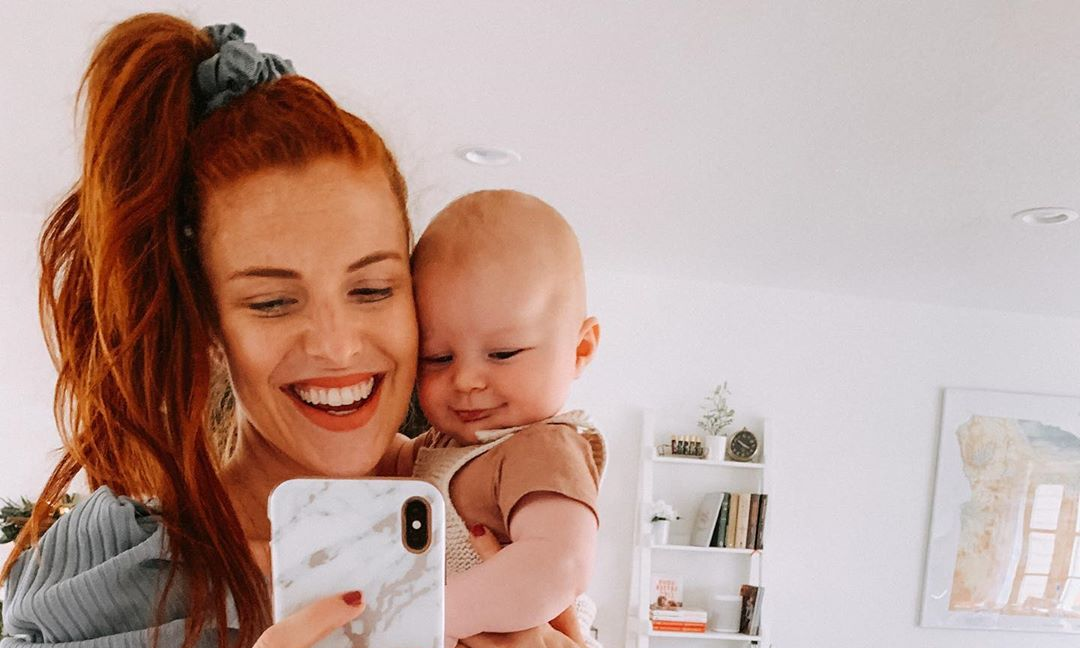 Orange you alright, Audrey Roloff? It’s a question a lot of Little People, Big World fans are asking via Instagram. Why? Well, because she has a concerningly orange tint to her skin as of late. Is something wrong with her? Why is she starting to look like an oompa loompa? Some have even jested she’s giving some serious Donald Trump vibes with her orange tinted skin.

Fortunately for those who are genuinely concerned, Audrey Roloff is fine. There isn’t a medical reason why she has orange skin. Turns out, she’s just doing a lot of editing on her Instagram photos. And, some of that editing seems to be turning her skin orange.

Does Audrey Roloff uses an orange filter to manipulate her and Bode’s hair color?

Now, as we’ve previously reported, LPBW fans have suspected neither Audrey Roloff or her son Bode has cherry red hair. In fact, fans make a habit of accusing Audrey of using Instagram filters to make her son appear to have red hair.

It is very clear Audrey Roloff has specific aesthetics she strives for with her Instagram content. This aesthetics include using Instagram filters with vibrant and warm colors. Colors and filters that really make that cherry red hair pop for the camera. Unfortunately, the filters also bring out a very deep and dusty orange complexion as well.

On October 19th, Audrey Roloff posted a photo of herself. The photo featured herself reading a book to Bode and Ember. Unfortunately, the sweet photo wasn’t well-received by her followers. They had a hard time looking past her deep orange tan. And, they really let her have it in the comments.

Now, this is far from the only photo featuring Audrey and her unnaturally orange skin. In fact, some photos have been a lot more recent.

A typical morning: messy bun, coffee stained sweater, cuddled up with my little loves in our “morning chair,” reading The Jesus Storybook Bible❤️

Here are some other photos featuring her odd skin tone

A week ago, Audrey Roloff shared a post doting on her mother. In the photo, she was holding an arrangement of flowers. And, she had a light brown winter hat on top of her head. Her skin was so dark and tanned in the photo it blended in with her hair and hat.

Two days ago, Audrey Roloff shared photos and videos from their Halloween celebrations. She revealed they had a very Christopher Robin theme. Ember dressed up as Roo. And, Bode rocked a Winnie the Pooh costume. One interesting thing some of her followers noticed was in a video attached to the end of the Instagram post.

Deep in the hundred acre wood where Christopher Robin plays, you will find the enchanted neighbourhood, of Christopher’s childhood days😜 Ember picked our costumes this year… Ember is Roo, Bode bear is of course Pooh bear, mama is Kanga, and dada is Christopher Robin❤️

The video featured Bode. And his hair? Well, it didn’t look even the slightest tint of red in the video. It looked blonde. It would appear as if it is a little harder for Audrey to get those same orange tinted filters to overlay on her Instagram videos.

Audrey Roloff has responded to hair color accusations in the past

According to Soap Dirt, Audrey Roloff once responded to a fan who asked if her red hair was natural. While she didn’t say yes or no to the question directly… She said that she’s never put any color in her hair.

So, do you think Audrey Roloff and her son Bode have red hair? Or, do you think it is all Instagram filters? Share your thoughts on the mysterious and concerning orange skin in the comments.