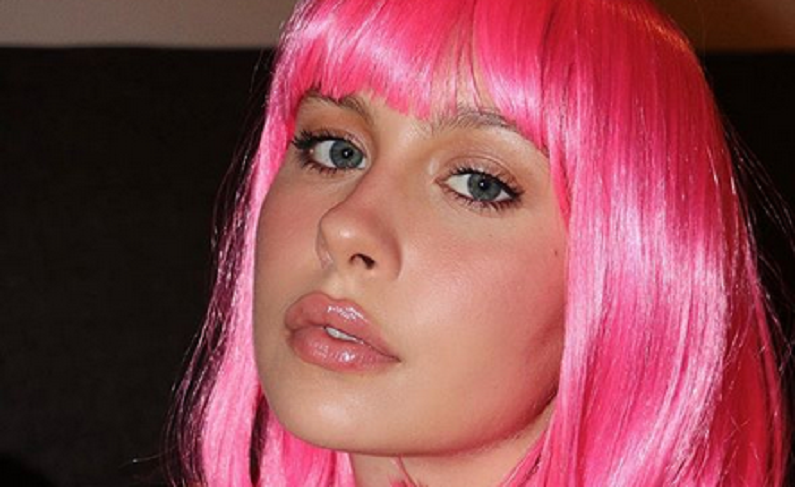 Candace Cameron Bure’s daughter, Natasha Bure, got sexy for Halloween. She celebrated the spooky holiday all weekend long. The 22-year-old showed off all three of her looks on Instagram. She proved that she’s all grown up and very much her own person.

Even though Candace’s daughter is single, she’s sure to break some hearts. Fans have been salivating over her sexy Halloween costumes all weekend. While she didn’t show as much skin as other young celebrities like Kylie Jenner, Natasha still looked as flirty and playful as ever. It’s clear that the influencer enjoys dressing up for Halloween.

Read on to see each of Natasha’s Halloween costumes.

On Sunday, November 1, Natasha Bure took to Instagram to share her sexy nurse costume. In the series of photos, she wrote a black sheer bustier with a black latex miniskirt. Natasha wore her signature blonde hair down and styled at the ends. Atop her head was a nurse’s hat.

One of the photos showed her taking a mirror selfie inside the bathroom of a million-dollar mansion. Then she shared a clip of her glam look, which she coordinated with her nurse costume. The remaining photos included another mirror selfie and a shot with a friend. Natasha also took to Instagram Stories to share more photos from her Halloween night.

On Saturday, October 31, Candace Cameron Bure’s daughter unveiled a different side of herself. Natasha Bure was dressed as the sexy version of Little Red Riding Hood. In the photos, she donned a red hooded dress with a white bustier and black knee-high boots. Natasha was unrecognizable with the dark brunette wig she wore.

“Little red 🐺❤️ Happy Halloween,” she captioned the content. Natasha’s post received over 23,000 comments. Some fans thought she should dye her hair dark brown. But it’s unlikely that it will happen anytime soon. She even expressed that in a previous Instagram Story.

Her third look was Betty Rubble

On Thursday, October 29, Natasha Bure shared side-by-side photos of herself dressed as Betty Rubble and her friend as Wilma Flintsone. In the second photo, she included the cartoon of the iconic figures. In the caption, she playfully wrote: “Yabba Yabba Doo.”

Her friend Sheila took to the post to comment: “….sis ‘baddies of bedrock’ still gets me.” Natasha responded: “sssiiisssss.” The costume was a big hit with fans who loved their look.

Candace Cameron Bure previously told Closer that she would love it if Natasha Bure came to her for dating advice. But she claimed that her only daughter “doesn’t do enough dating” to start with.

“I love that because she’s picky in a good way,” Candace said back in August. “She’s not going to date anyone just to date them, but momma’s still waiting. I’m starting to be that annoying mom that’s like, ‘Come on, you’re almost 22. I need grandchildren!’ I mean, I need a husband for her first, but then grandchildren!”

But what’s most important to Candace is that Natasha finds someone who has “love” for God. It’s also important that he treats her daughter well. She does the same with her sons. Candace previously celebrated her son Lev and his fiance, Taylor Hutchison’s engagement.