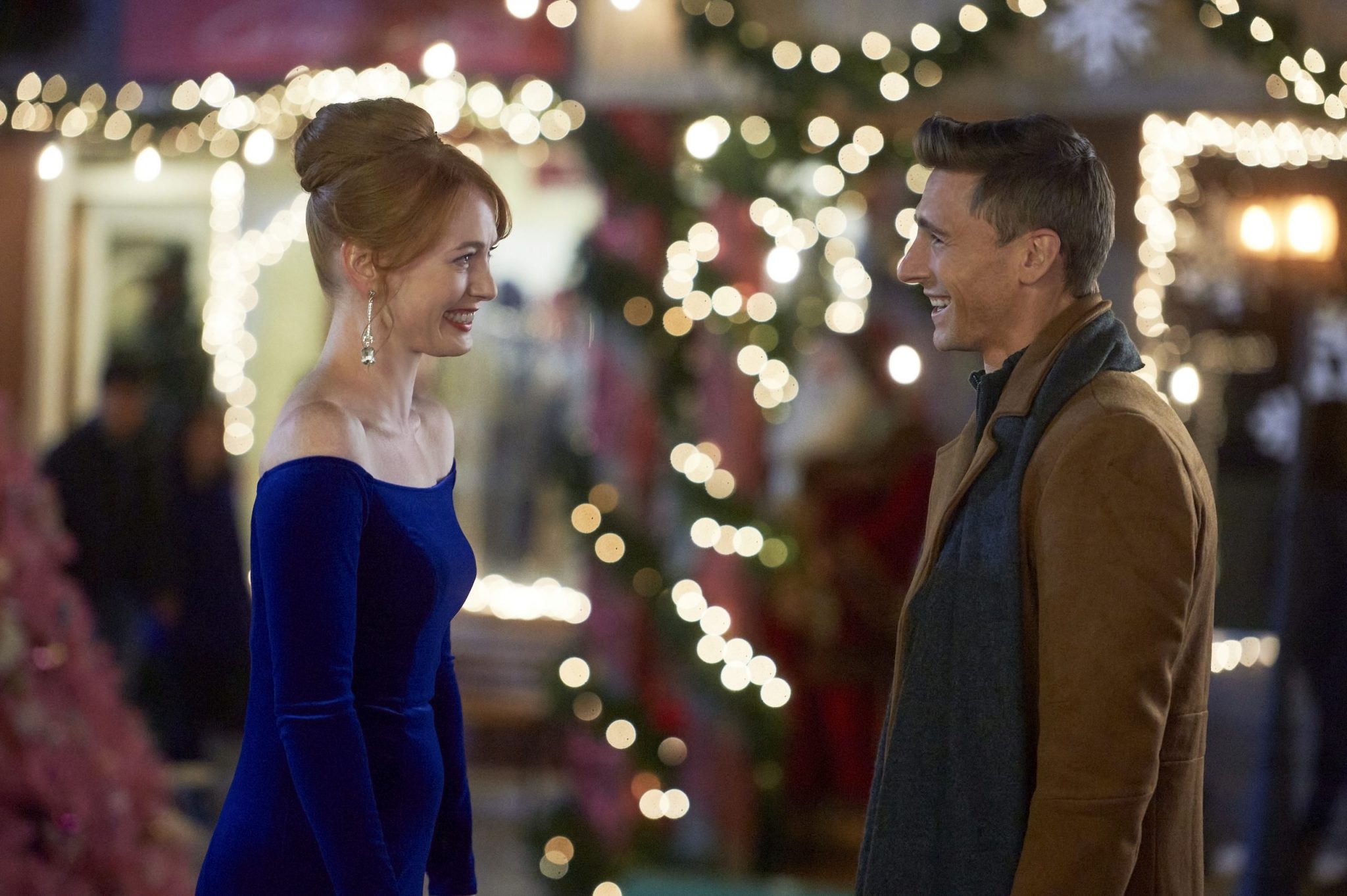 Hallmark Movies & Mysteries Christmas Tree Lane is a movie that about hope. Starring Alicia Witt (Our Christmas Love Song), Andrew Walker (Sweet Autumn) and Drake Hogestyn (Days of Our Lives), this is a holiday movie that includes original songs, a Days fan favorite, a Hallmark hunk and Alicia Witt’s original script. This is a movie about love and hope.

What do we know about the first Miracles of Christmas movie airing in 2020?

What Is Hallmark’s Christmas Tree Lane About?

According to the Hallmark Movies & Mysteries press release, Meg Reilly (Witt), is music teacher at her father’s (Hogestyn) Christmas Tree Lane music star. Meg teaches music in the loft of the store, although she has a cornucopia of musical talents of her own. She is a singer, songwriter and gifted pianist. But, she is not using those talents anymore. Her focus is to share her love of music. Meg shares her musical talent with a younger generation.

She meets “dashingly handsome” Nate (Walker). He is an architect. So, with his critical and artistic eye, he is enchanted with Christmas Tree Lane and feels like he is in Christmas past. Nate is new to the area, and he loves the area’s bridge of past and present.

Sadly, Christmas Tree Lane is no longer the popular hot spot it once was. Now, a big company wants to close the shops and develop the property. Meg is determined to save the traditional shops. She plans a very special Christmas Eve concert to help raise awareness. Meg thinks this concert could help save the once busy destination shopping area.

Turns out, Nate is in a tough spot. He is falling for Meg, but there is a conflict. Christmas Tree Lane is the CTL project at his company. Will there be a Christmas miracle? Can love win out?

According to the Hallmark Movies & Mysteries 2020 Miracles Of Christmas Preview Special, Alicia Witt wrote the script. The Cybill star shared that she spent the past four years developing this story with Hallmark. She exclaimed, “It’s such a thrill, I can’t even tell you!”

Hallmark’s Christmas Tree Lane will include two original Alicia Witt songs. The Orange Is The New Black actress has written them specifically for this movie. So, Hallmark fans will get to see the talented actress and singer/songwriter perform on piano, in the movie.

Alicia told Parade, “Seeing this story through from the initial idea, developing it with the amazing executives at Hallmark and turning this into a finished movie has been a dream. I’m so proud of what we created and the songwriter aspects of the story are deeply personal to me, as well.  I’m thrilled to get to share two of my original songs, and I wrote one of them, ‘Christmas Will Never End,’ especially for this movie. We need joy and light more than ever before, so my heart is deeply grateful that we can put this movie out into the world this holiday season.”

Andrew Walker had a front row seat, The Merry & Bright star said he was “floored” when he heard Alicia perform. Andrew is in awe of her incredible talent on the piano, songwriting and singing. “I couldn’t believe the talent.”

When Can You Watch Christmas Tree Lane?

Please note, Hallmark has just changed the premiere times of the Miracles of Christmas movies, that are shown on Hallmark Movies & Mysteries, to 10 p.m. Eastern. This is an hour later. This allows Christmas movie fans to watch the 8 p.m. Christmas movie premiere over on the Hallmark Channel, and not miss anything from the sister station.

Now you no longer have to pick. You can watch both premieres on the same night!

Are you ready for the season of miracles?