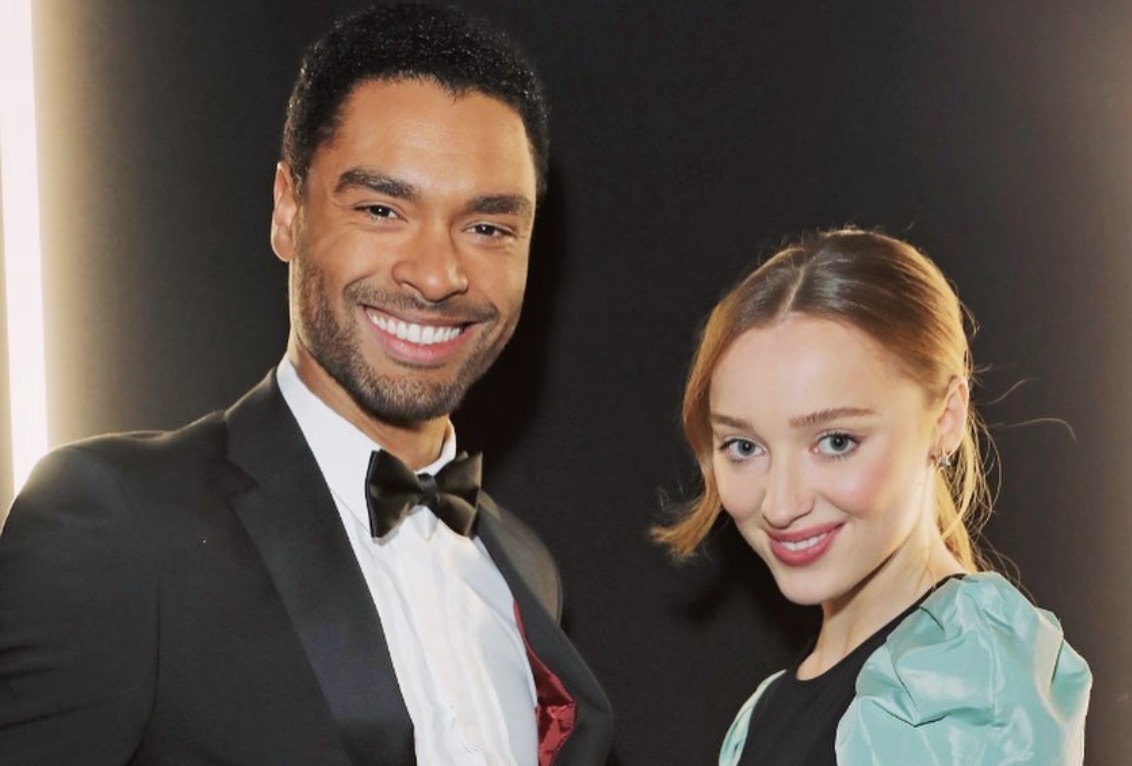 Netflix has finally unveiled a the first photos of its highly anticipated Shondaland series, Bridgerton. They also announced when the first season will premiere.

Netflix is giving the best Christmas gift. Bridgerton Season 1 is dropping on Christmas Day, December 25. Fans have been waiting for the premiere date from the time that Netflix and Shonda Rhimes announced that they were turning Julia Quinn’s books into a series.

On Christmas day, Netflix will drop all eight episodes of the first season.

Shonda Rhimes was quite happy about this announcement. The Grey’s Anatomy creator went to Twitter to announce why she chose to make this series. “I’ve been a fan of Julia Quinn’s Bridgerton series since I can remember. The originality. The sexiness. The storytelling. Everything about it. I quickly knew that @shondaland had to turn them into a series.”

What is very exciting is that Netflix has finally showed some photos from the series. They have kept all of the gorgeous costumes and hair styles out of social media. Even author Julia Quinn could not show a photo of her with the cast. Finally, fans can finally see what Shondaland created for the Bridgerton series. It is pretty spectacular.

For the ladies, the Bridgerton women wear cream-colored, sumptuous, corseted costumes. The pastels ribbons are the spot of color Their hair is utterly elegant, with delicate curls and bangs. As for the men, there are a few sideburns, some pompadours and tall Hessian boots. That’s right! If you regularly read Regency-era romance novels, you know the rakish attire that the rakes tend to wear.

Then there is the Featheringtons. They are the family that tries to match up to the Bridgertons, but don’t exactly get there.

Can Miss Bridgerton and The Duke pull off their ruse?

What Is Bridgerton About?

What is this series about? The series is about the “powerful” Bridgerton Family. The matriarch is the widowed Violet (Ruth Gemmell), along with her eight children: Anthony (Jonathan Bailey), Benedict (Luke Thompson), Colin (Luke Newton), Daphne (Phoebe Dynevor), Eloise (Claudia Jessie), Francesca (Ruby Stokes), Gregory (Will Tilston) and Hyacinth (Florence Hunt).

In this first season, the story is focused on Daphne and her relationship with Simon Bassett, the rakish Duke of Hastings (Regé-Jean Page). Based on The Duke and I, she is looking for a match, and he wants the matchmaking moms off of his back. Daphne and Simon decide to work together to solve their problems. If Simon pays attention to Daphne, she has a better chance of getting the attention of Mr. Right. If Daphne hangs out with Simon, then the other moms will realize he is taken.

But, not everyone knows that this is fake. That is, until it’s not.

So, what happens when Mr. Totally Wrong becomes Mr. Right?

The social season is upon us. The Bridgerton family is expecting you. December 25 🐝

Julie Andrews narrates the first season. She is the voice of Lady Whistledown, the knowing, yet anonymous author of the gossip column. She is rather obsessed with the  very popular Bridgertons, and freakishly fascinated with the Featherington’s fashion choices.

Sounds like we are all going to be obsessed! And yes, they have already green-lit Bridgerton Season 2. That should start filming as soon as Covid restorations improve.

Netflix will drop all eight episodes of Bridgerton on Friday, December 25.