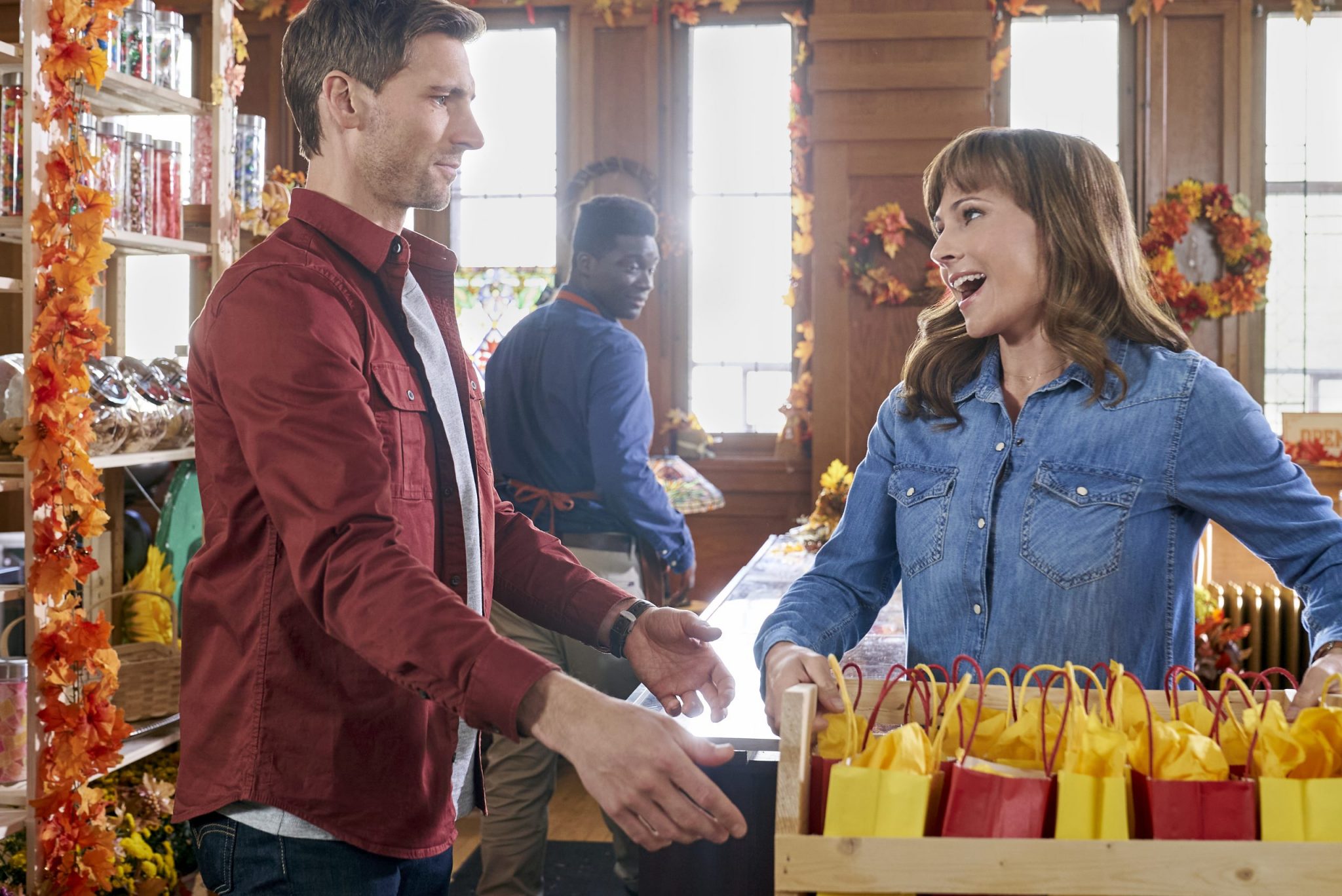 What is it about and when can you watch Sweet Autumn on the Hallmark Channel?

What Is Hallmark’s Sweet Autumn About?

According to the Hallmark press release, Maggie (DeLoach) has returned to her small town. She was named in her Aunt Dee’s (Henriette Ivanans, Star Trek: Voyager) will and the successful, big city entrepreneur needs to be present for that reading. At the reading, Maggie learns she inherited only half of her aunt’s famed maple candy business. Who inherited the other half? Aunt Dee’s maple supplier, Dex (Walker).

As Maggie and Dex sift though her aunt’s letters, the two look for clues as to why her aunt gave half of the business to each of them. Meanwhile, it is time for Sweet Autumn Fest. Maggie and Dex get closer as they go on hay rides, sample yummy maple goodies and get closer.

When Can You Watch Sweet Autumn?

Hallmark’s Sweet Autumn premieres on Saturday, October 17 at 9 p.m. Eastern time on the Hallmark Channel. Encore showings include Sunday, October 18 at 6 p.m., and Thursday, October 22 at 6 p.m., all times Eastern. Be sure to always check listings in case of a schedule change or additional times.

There are not many showings of Hallmark’s Sweet Autumn because Countdown To Christmas starts on Friday, October 23. From then on, it will be 24/7 Christmas on the Hallmark Channel and Hallmark Movies & Mysteries.

There is still plenty of time for apple cider, pumpkins and hayrides. Hallmark’s Fall Festival is still going strong. Between now and October 23, when Countdown to Christmas premieres, you can catch all five of Hallmark’s 2020 Fall Harvest movies.

Follow Me To Daisy Hills stars Cindy Busby and Marshall Williams. There are still a few encore showings, including: Saturday, October 10 at 3 p.m., Monday, October 19 at 2 a.m., and Thursday, October 22 at 2 p.m., all times Eastern.

These five Fall Harvest movies are a cornucopia of everything pumpkin-spiced as it leads into the most wonderful time of the year.