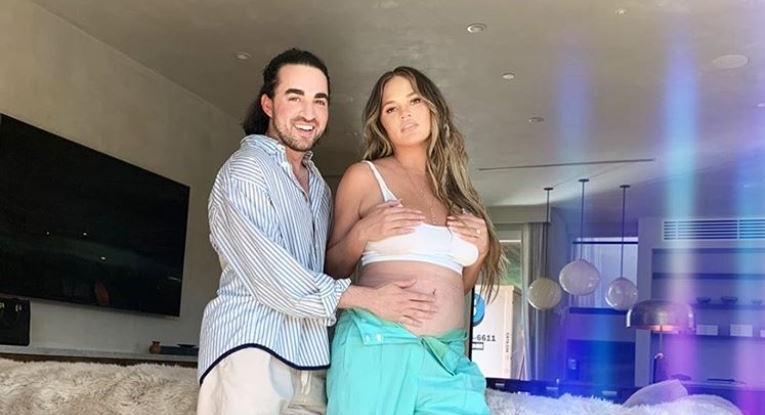 Chrissy Teigen has not had an easy pregnancy this time around. Sunday, she shared with fans that she spent the day and night in the hospital. Throughout her pregnancy, her placenta has been bleeding. This has forced Chrissy to be on mandatory bed rest for weeks. This will be her third child and she says this baby is so much different than her other two. And, Sunday’s trip to the hospital was very scary for the model and cookbook author.

Chrissy spent time in the hospital

Entertainment Tonight shared details about Chrissy’s hospital stay. The star took to Instagram Stories to share details about the complications she is enduring. She said, “Today the big difference was it kind of was just like if you were to turn a facet on to low and leave it there. It’s so weird because I feel really good. I’m usually at my happiest pregnant, mood-wise. That way I feel happier than I do not pregnant. That’s why it’s so, so hard for me to come to terms with.”

Fans have been following Chrissy’s journey on social media. She has been very open and honest about the complications she is experiencing.

She assured fans that she is being taken care of. While her placenta is weak, she describes her son as strong. Chrissy said she is now about halfway through her pregnancy, which would put her somewhere around 20 weeks.

She continued to reassure fans how good she felt and how strong their son is. She said, “The baby is so healthy, growing stronger than Luna or Miles. He moves a lot. He’s moved so much earlier than they ever did. He’s like a rollie pollie. We have like a million great pictures of him. He’s just so different than they were. So he’s so strong and I’m just so excited for him because he’s so wonderful and just the strongest little dude, so I can’t wait for him.”

On weekends we freak out! Before I’m able to start feeling the kicks, the anxiety gets the best of me and any little bits of spotting or pain freak me ouuuuuut. one day I swear I’ll buy one of these machines but by then I’ll be all done with having monsters! But as my little Luna embarks on her very first sleepover tonight, another little one makes some big growth moves of their own. all is well. @Drthaisaliabadi @drsteverad 💕💕

Husband, John Legend, is taking good care of her

Chrissy is married to John Legend. The couple has two other children together, ages 2 and 4. This new baby will be their third. While Chrissy is in the hospital she documented John making her a sandwich with ham, butter, mustard, cheese and chips. He is taking very good care of her and continues to stay and support his beautiful wife.

All they can do at the moment is let the doctors take care of her and wait. Chrissy said the baby is strong, but not out of the woods yet. If she can get through a few more weeks then they will discuss other possible interventions.

She said, “Basically he’s the strongest, coolest dude in the s**ttiest house. His house is just falling apart. It didn’t have a good foundation to begin with, though. He didn’t have the strongest chance at the very, very beginning.”

Chrissy went on to say, “It’s just hard because there’s not much you can do. I’m in that weird in-between time of it being really dangerous to try anything.” She continued, “Basically if I can make it through the next few weeks, if little boy can make it through the next few weeks, then, you know, we can go from there and be able to kind of get through the danger zone or whatever. But we have to get through this first. So yeah, it is scary. But it’s scary in the way that there’s just really nothing to do.”

Chrissy asks fans and medical staff to not give advice

She went on to say that it is very unhelpful that so many are trying to offer advice. She loves the support, but reassures everyone the doctors she has are amazing. Chrissy also doesn’t want anyone feeling sorry for her.

Keep Chrissy, John and their baby in your positive thoughts as they push through. Stay tuned for more updates on Chrissy’s pregnancy.