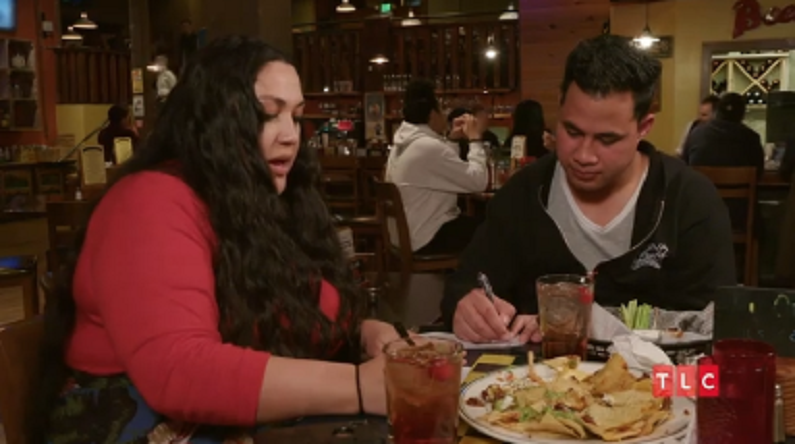 90 Day Fiance stars Kalani Faagata and Asuelu Pulaa reunited on Sunday night, but it’s not what you think. The couple was together for the part-three Tell All special. At first, Kalani sat alone. She told host Shaun Robinson that she had had no idea where Asuelu was.

It seemed like he wanted nothing to do with Kalani or the Tell All. And then he appeared just moments before the show started. The couple talked about the ups-and-downs they experienced during the season and quarantine. The TLC stars also revealed the status of their relationship.

The 90 Day Fiance: Happily Ever After star shared an update on her marriage to Asuelu. Over the season, tensions with his family almost led the couple to end their marriage. The Samoa native was back at home during the Tell All on Sunday, September 27. He arrived after following Kalani’s decision to send Asuelu to live with his mother, Lesina.

Shaun asked Asuelu what made him decide to return to their Utah home. He said that he missed their sons and Kalani. When asked where the couple stands, Kalani said that while they’re together, things aren’t still good between them. According to her, their relationship is barely on stable ground. Marriage counseling wasn’t enough to save their marriage.

“Today, we are together and we’re living together, but we aren’t anywhere near where we used to be when we were first together,” Kalani explained. “We’re just in a really rocky place right now.”

"Apples being raked does nothing for my life." #90DayFiance

Asuelu revealed they’ve been arguing a lot more lately. Kalani explained that he plays volleyball six days a week without a face mask amid the coronavirus pandemic. This has her concerned about the health of her family. The reality star said that her mom, Lisa, has a pre-existing heart condition, which is one of the reasons why she wants Asuelu to stay home.

During the Tell All, Asuelu explained he also instructs dance classes, which he does for a living. However, Kalani feels that the new job is “not worth the risk.” Kalani’s sister, Kolini, was also present during the episode. She said the 90 Day Fiance star was “irresponsible” and that he should only leave the home for essential trips.

But Asuelu argued that his volleyball practice and work is essential. In the later part of the episode, Shaun showed a clip of him lashing out at Kalani and Lisa during a heated conversation in the car. Asuelu called his wife a “lying b****” right in front of her mom. Kolini told Shaun that she was “not shocked” by Asuelu’s behavior and that she’s been “looking forward to the day that it ends,” meaning their marriage.

It’s obvious that she still doesn’t support their marriage. Kolini doesn’t think their marriage will last. As for Lisa, she has a feeling that “it’s not going to last.” She doesn’t expect Kalani to put up with Asuelu’s behavior any longer.

Part two of the 90 Day Fiance: Happily Ever After Tell All airs Sunday, October 4 at 8 p.m. ET on TLC.