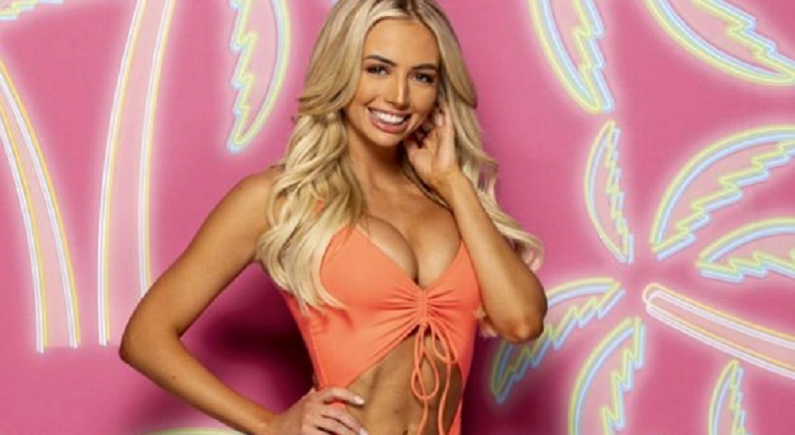 Love Island alum Mackenzie Dipman had an exciting week. Although she left the show, things are looking up. As TV Shows Ace previously reported, Mackenzie reconnected with Connor Trott. Now, they’re moving forward with their relationship.

Connor flew to Scottsdale, Arizona to meet her. They look so in love. And now she has some big news. Mackenzie shared an update with her followers on Instagram.

Read on to learn about Mackenzie’s milestone moment.

The former Love Island contestant made an exciting announcement on Instagram. On Friday, September 25, Mackenzie revealed that she’s a college graduate. In the slideshow, she shared a selfie of herself with Connor Trott. The couple reconnected shortly after leaving the dating competition series on separate occasions.

In the other photo, she shared a photo of their beloved stuffed animals, Gus and Jules, dressed for the occasion.

Mackenzie playfully captioned the post: “hey look ma I made it🎓on August 11th I had my final college class, and less than two weeks later I met this one💕.”

The model revealed she took two “gap years” and had “countless part-time jobs.” But she finally graduated with a Bachelor of Arts in Mass Communications and Media Studies along with a minor in Justice Studies.

The television personality celebrated her special day with her family and Connor. Mackenzie then took to her Instagram Stories to share more photos and videos from her special day. She snapped mirror selfies of herself wearing a blush-colored form-fitting dress and one in her cap and sash. She also shared photos of the decor and of her beau, Connor.

Love Island fans are happy to see couple back together

Mackenzie gained over 202,000 followers since competing on Love Island. Most of them are happy to see Mackenzie and Connor back together. However, they didn’t always feel this way. They didn’t like watching them because of Mackenzie’s waterworks and Connor’s up-and-down feelings.

But most of Mackenzie’s followers were happy for the couple. Others congratulated the blonde beauty for her milestone moment. Even Love Island alumni took to Mackenzie’s Instagram post to celebrate her.

Meanwhile, Mackenzie’s former partner, Aaron, commented: “Congrats @mackenziedipman what a month for you!! You go girl!”

hey y’all! it’s Mackenzie here. first off, I want to give a HUGE thanks to everyone who watched the show this season and shared in this wild ride with us🤗✨ if you saw tonight’s episode, then you know that Connor has left the villa…SINGLE!🙌🏼💕 Gus & I have been patiently waiting for him on the outside and we cannot wait to welcome him home! We have missed him SO much. Second thing I want to say is…I understand that because Connor and I met and fell in love on a TV show, that a lot of people will have their opinions about us. And everyone is 1000% entitled to those opinions, just PLEASE please keep in mind, that the public has only seen a very small percentage of our relationship. Sadly, an hour long episode cannot capture the countless little moments that Connor and I shared in the villa. But this is just the beginning for us! And you have not seen the last of Gus either!🐻 P.S. @connormtrott I promise to never complain about your farting again…that’s how much I miss you💔💔 see you soon my love. @loveislandusa @cbstv #loveislandusa

Connor showed his love and appreciation for her in the comments section.

“I’m so unbelievably proud of you beautiful!” he wrote. Fans flocked to his comment to remark how cute they are together.