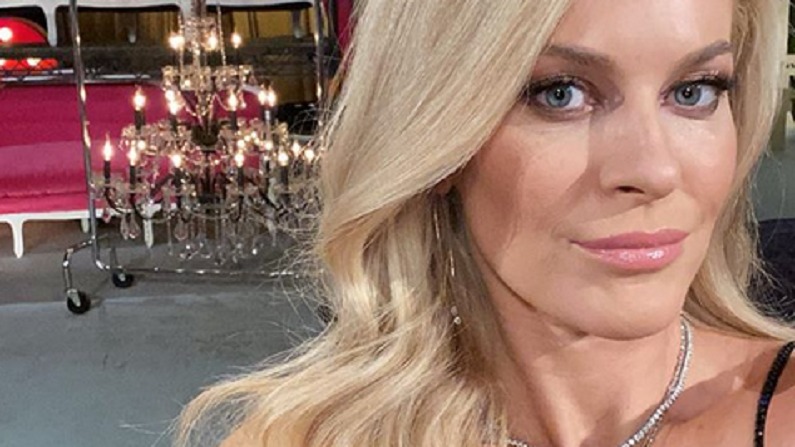 Some fans were concerned about whether Leah McSweeney was returning to The Real Housewives of New York. They loved her during her first season. But then they worried that she wouldn’t return for a second. However, Leah never said anything about leaving the show.

Rumors swirled when she removed the RHONY title from her Instagram bio. Plus, she signed a contract with WME. But she has since confirmed her return. The Married to the Mob designer just sound an impressive deal with Bravo.

Leah will be making a lot more money for her appearance during the second season.

According to Page Six, Leah McSweeney scored a sweet deal. She almost left the show after she received a “pathetically low” raise for her second season of the show. Bravo agreed to increase Leah’s pay from $3,000 to around $10,000 per episode. It’s a no brainer as to why Leah decided to return.

Leah initially held out on Bravo’s offer when they couldn’t see eye-to-eye. The outlet also reports that other cast members received pay raises. Earlier this week, Leah confirmed that she’s not done with the show yet. Taking to Instagram, Leah posted about her recent signing with WME, which prompted the rumors.

“I’m coming back. My work here isn’t done yet,” Leah responded to Ben O’Keefe’s comment, as per Page Six. Leah joined The Real Housewives of New York last fall after she filmed with former Housewife Tinsley Mortimer. During her first season on the show, Leah became a fan favorite. She bonded with Sonja Morgan, Luann de Lesseps, and Dorinda Medley, who announced her exit from the show after six seasons.

The breakout star of Season 12 previously signed with WME for representation in all areas of her career. Leah McSweeney just wrapped up her first season after the first-ever in-person reunion took place amid the pandemic. She took to Instagram account to share her signing with WME. However, fans were concerned about Leah’s return to RHONY.

But Leah is just expanding her career. She is the founder and designer of her popular fashion line Married to the Mob, which became the first streetwear brands for women created by women. This led to creative partnerships with Barbie, Colette Paris, Kangol, MCM, Nike, and Reebook.

Additionally, Leah works as an essayist and journalist. She covers topics such as feminism, intimacy, and pop culture. She’s an advice columinist for Penthouse Magazine, and is a regular contributor to Hypebae, Mass Appeal, and Office Magazine. Although Leah signed a deal with WME, it will not affect her time on The Real Housewives of New York.