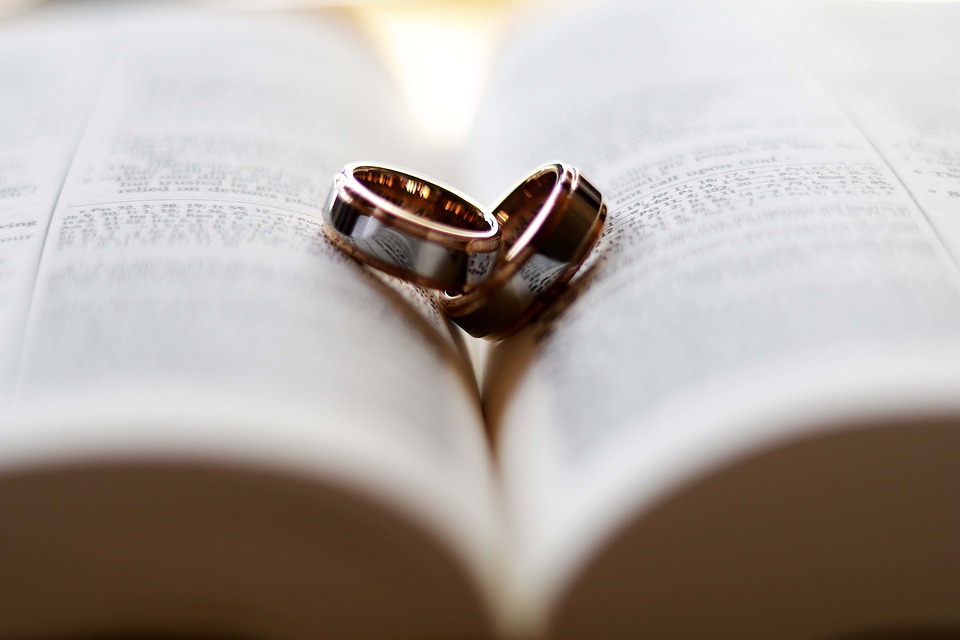 Whether this weeks Married at First Sight episode drew its inspiration from the Salt-N-Pepa song in the 90s, or one with a similar vein from George Michael, the September 23 episode, “Let’s Talk About S@#, Baby,” brought expert, Dr. Viviana Coles, to each of the five couples.  Her role was to deepen connections of intimacy, physical and otherwise, in order to foster trust and deepening commitment with just weeks until decision day.

Bennett demonstrated the Married at First Sight milestone that he felt he and his bride, Amelia, had achieved by wearing “graduation” attire on Married at First Sight: Unfiltered.  Despite the cheery disposition so often displayed by the groom in cap and gown, he insisted that he definitely has “a dark side,” and that Amelia draws him out of the gloomy mindset.  Henry and Miles joined Bennett for the preshow.   Things are definitely moving more slowly for these two than for Woody and Amani and Amelia and Bennett.  Another couple, Olivia and Brett, convey less chemistry than two doorknobs side-by-side, and the constant sarcasm from Brett stalls any real communication.

With time running short, which couples will decide that the work of lasting love is worth it, and who will say farewell?  No expert can make that choice.

Henry and Christina truly gave fans hope for their Married at First Sight journey last week.  They seemed relaxed and natural at the crawfish feast like never before.  Christina even describes her husband as “adorable” and he praised that she made their salsa dancing “sexy.”  It was even cute how he described himself like “a turtle on the beach” (hiding from issues), while Christina chimed in “Turtles are cool.”

Henry admitted to Dr. Coles that his way was to move slowly into intimacy and get down to the deeper side of his mate first.  Christina was thrilled to hear that but said that she depended on him to make the moves on getting closer.  The Married at First Sight expert asked Henry to role-play what holding hands and cuddling would look like.  He laid his hand across Christina’s lap, and the two looked more comfortable than ever.  He pledged “a guarantee” that the simple signs of affection would get easier, and more visible in the coming weeks.  That was before a confidence crisis struck. Heavy covered the happenings.

Can a good talk do the trick?

Henry and Bennett met for drinks, and Henry confided in his fellow groom how Christina was pushing for him to have more confidence.  The subject has been a sore spot since Henry was a “heavier” child, and Christina was fairly dismissive of the explanation, feeling that he should “get over it,” in a few words. When the couple played a game of questions wearing blindfolds, which was also awkward but cute for Henry, Christina reinforced that the lack of confidence would be a dealbreaker for her.  Henry took the words like a dagger. Bennett caringly explained that he saw confidence not as the absence of self-doubt, but instead, as having the courage to self-reflect.  Henry already faced death before his Married at First Sight leap, so he understands courage and confidence.  Honest communication could do wonders here.

No in-person intervention was necessary for Amelia and Bennett to get the most out of their intimacy exercises.  The Married at First Sight fan-favorites had a long-distance call with Amelia’s aunt, Thalia, who was introduced to Bennett.   The groom didn’t get much grilling but was assured that his bride was the most “wonderful, loving, delightful” person on the planet, which he already seems to know.

A little while later, the bride and groom stood head-to-head, and nose to nose, each giving their own answers to every kind of intimacy question, from moments they enjoy most, to favorite body parts.  Amelia said that she enjoyed most the times when they were talking about tough topics.

One tough topic that Bennett dodged yet again with Aunt Thalia and with Henry was whether he was willing to move with his doctor wife for her residency.  He says only that “We will cross that bridge when we come to it.” Well, the last planks are being hammered, and he will have to make the wrenching decision soon.  Amelia knows it’s not one that Bennett wants to make, but it is one that will speak to his level of commitment to his Married at First Sight experience.

Brett simply can’t get serious on ‘Married at First Sight’

Fans certainly expressed the feeling that Brett and Olivia were not the ones for each other from the beginning, but the Married at First Sight hopefuls did have cats in common and a love for sports.  Unfortunately, Olivia still maintains that her husband has “beauty pageant answers” when the cameras are rolling, but he won’t communicate any genuine feelings in real-time.

Olivia looks desperate when Dr. Coles asks the two to demonstrate what a typical “snuggle in” looks like between them.  Not only does Brett joke about his advances not being received openly, but he also dismisses his wife’s concerns about commuting after work with a sarcastic reference to “darn that equity,” referring to his homeownership.   When the couple tries to talk over their situation, Brett again deflects, saying he doesn’t know what “a sarcastic look” is.  He also won’t get into specifics on his stance with staying in the marriage.  This pair is biding time until their Married at First Sight time ends.

Miles and Karen sweat it out on ‘Married at First Light’

Karen is still keeping her guard up all the way around on Married at First Sight.  Miles’ eyes speak volumes when Dr. Coles recommends taking full intimacy off the table, so that they can enjoy the simpler expressions of love, like kissing, hugging, or nuzzling side-by-side.   Karen seems agreeable, but she has backed away before.

In their question-and-answer segment, the bride does prove she knows her Married at First Sight groom very well.  She guessed correctly that what most offended him was not being offered the lobster mac & cheese that she prepared for guests.  She promised to rectify the situation by making his own personal size of the dish.

Miles learned that Karen was no pushover when it came to working out.  He made good on his promise to challenge his wife in the area of fitness that he made on their honeymoon.  She vowed that she could outrun him in a race.  The stretches, lunges, and lifts were more than enough for Miles, but the two did leave the gym relaxed, connected, and laughing, which is progress.

There’s still a way to go before the Married at First Sight decision day, but very early on, Woody and Amani Randall made the decision that their union of “black love” was real.   They settled into marital ease that was remarkable, and have had no problems expressing their emotions, even if Amani isn’t ready to speak “the L-word” yet.  She definitely shows her fondness for her husband, and she declared that she was in “strong like” with him during their questions on intimacy, which they fetched from their pockets.

This couple makes it clear that they appreciate the simple gestures and honesty in each other.  When Woody disclosed that he “gave up” on restoring the relationship with his “Pops,” Amani understood and honored his truth.  She reminded him that he had two paternal figures in his life from her side of the family now.

Things got a little racy with private dances and chocolate syrup a little later, but the couple couldn’t hide the gleeful laughter and hugs.  The most darling dispute between the two involved the subject of getting a dog, which Woody said couldn’t happen until they had children.  Bets are that Amani gets her dog before the baby bassinet is occupied.   Amani and Woody’s so-far success story makes Season 11 of Married at First Sight a breath of fresh fall joy.  It is destiny that this match will be the first from the season to be expecting– remember Pastor Cal counseling them on where babies come from?