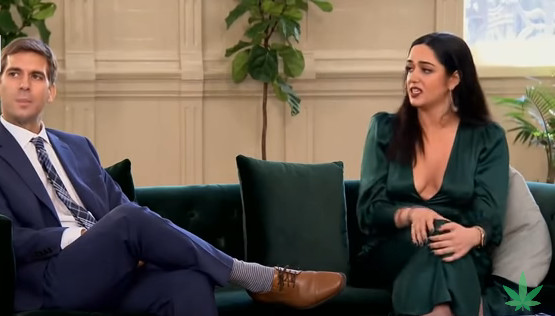 Millions of Married at First Sight fans had to be clutching everything in sight after seeing the title of this week’s October 28 Decision Day clincher, “We Need to Get a Divorce.” While two couples struggled with truth issues and hit roadblocks early on, the experts were on-target with three fan-favorite matches who made the choice to remain steady for the long haul.

As much as the arranged marriage experiment loves to tout the “drama” as its main attraction, as TV Fanatic confirmed, most viewers can’t resist an unfolding love story at warp speed. Married at First Sight did succeed in matching three pairs of partners who were truly ready for marriage, or at least willing to keep working at it.

From the very beginning of Season 11, Bennett and Amelia delighted fans by being completely, authentically themselves. Bennett wore his prized Indian “elephant cap” for Decision Day. After reiterating the abundant “joy” he constantly receives from his bride, the groom announced that he had a surprise in the Married at First Sight moment.

The Married at First Sight experts were overjoyed for the couple, but wary of what was about to happen.  “I thought he was going to take off his pants,” Pastor Calvin Roberson blurted.  Even Amelia was joyously aghast, with wide eyes.  Bennett unfastened the waist of his light yellow ruffled shorts, and pulled them down only enough to display a special something new on the top of his rear “cheek.” In fresh ink, his wife’s initials elegantly gleamed.  Everyone in the room cheered as Amelia relished the “absurd surprise” from her husband.

She proposed that it meant “we’re going to be married forever.” Fans certainly hope so.  She teased that people who get tattoos close to their “body holes” are the craziest, during the couples’ after get-together.  Bennett replied that his body artwork wasn’t too near the “apex,” which sparked immediate laughter.

Bennett…. what's under those pants?! 🙈 Find out with the season FINALE of #MarriedAtFirstSight tonight at 8/7c. pic.twitter.com/SKHbPg0ays

Before the couple made their rushed departure for Richmond, their Season-mates decorated their car with streamers and sweet messages for the future.  Amelia expressed how much she appreciated Bennett’s sacrifice in splitting his time between two homes.  She also thanked their friends. “I don’t think we can ever wash this off,” Amelia said before her Married at First Sight goodbye.

Bennett is ready to keep in contact, too. The hubby showed off his new flip-phone, which has the capacity for group texts and emojis.  Millions of hearts echo Amani’s wish that this divinely matched union continues to “grow in love,” no matter where life takes them after the cameras stop rolling. The pandemic only strengthened these hearts.  Bennett thanked his bride for “keeping me afloat” through all the uncertainty.

Olivia can’t hide the hurt on ‘Married at First Sight’

Brett described that he thought Olivia was more in love with the idea of marriage than having a husband on Married at First Sight.  He may be right, but it’s also true that the man who called himself “a placeholder husband” didn’t invest much of himself into any activity or conversation about anything he wasn’t interested in over the pair’s 10 weeks together.

Olivia admitted that she didn’t respond to Brett’s overtures of intimacy because she couldn’t maintain an attraction to him.  Any successful spouse can attest that marriage is never about being constantly attracted to each other– it’s about the shared decision to love and provide what the other needs. Pastor Cal said that this Married at First Sight pair passed each other completely, without ever even being “ships in the night.”

“I don’t know you. I still don’t know you,” Olivia insists at one point.  Brett apologized for not communicating more clearly or making an effort to understand.  Brett displayed the habit of always doing what looked good on camera, and Olivia didn’t trust any of his sweet-sounding attempts to check-in.  She says that she wants to stop talking about Brett.  Hopefully, now she can focus on her future while Brett uses his Married at First Sight celebrity quotient to get more swipes right.

Probably the pair most in question through the New Orleans season of Married at First Sight was Miles and Karen.  Pastor Cal continually kept the faith that this couple had “power couple” potential.  The early stages of the pandemic proved very difficult for these two.  Miles was stung by the feeling that Karen “doesn’t even want me around,” much less the hope of exploring closeness.

“It’s been hard,” the husband admitted to the experts of the added self-quarantined time.  He also added a surprising turn.  He said that in the last few weeks, with the cameras away, the couple’s private time assisted them in making significant progress.  Keep in mind that this was the couple who scored highest in the “Stranger Spouse” competition a few weeks back on Married at First Sight.

Karen was in supermodel mode when she came in for Decision Day.  Many fans feel that her beauty shines best in casual mode, but that opinion takes nothing away from her bright orange dress against Miles’ blue suit.

Both partners were honest in expressing their struggles and their doubts about whether they could fill all of one another’s needs.  Miles mentions that he’s seen the signs of his wife being emotionally and physically intimate lately.

“There’s reasons we both could say no, but I don’t want to– I say yes” the husband affirmed.  Karen credited Miles’ “generous heart” for helping her to believe that they could succeed together.  The bride clearly doesn’t thrive on the cameras. This couple has clearly made a pact that what is between them is between them, not the Married at First Sight production.

One of the sweetest moments was a lingering, meaningful hug between the pair.  It definitely seemed like Karen was pulling Miles into her before their champagne toast. Pastor Cal let out a “Yes!” just as his favorite match exited with their champagne flutes.

There were frequent glimpses that Henry and Christina had something worth going after on Married at First Sight. But somehow, the couple always found reasons to return to the negatives.  Christina was openly rude and demanding with production.  She frequently blamed her husband for “not giving me anything,” in more ways than one.  In contrast, Henry found her impatience to be a “dealbreaker.” He confided the revelation to Amani, but never to his wife.

Christina claimed to have a breakthrough in understanding Henry’s good qualities, but it was late in the game on their Married at First Sight journey.  Christina launched an attack in an angry moment that was the last straw in the relationship.

The truth comes out

Henry disclosed to the experts that Christina accused him through a text from a “reliable source” of having a same-sex affair.  She never produced or showed her husband the text.  Furthermore, Henry described his wife’s threat if he did not “have her back” in the story as long as filming continued.  This time, Henry did stand up and be the man in the situation, and Christina seemed completely stunned, though it didn’t stop her dramatic performance.

She claimed that she never accused her husband of being gay and that she always accepted that he had been in relationships with women.  The three experts on Married at First Sight were incredulous.  Dr. Viviana Coles asked if there had ever been apologies made for any behaviors on either side.  There was only a long, uncomfortable pause. Whenever trust and confidence are weaponized, it is impossible to build attraction.

Henry announced his choice to get a divorce.  It seemed as though Christina had a ready answer no matter which way her husband decided, but she concurred.  This “crazy” leap of faith needs to stay in the rearview mirror.  This princess wanted more than a bouquet of flowers.

Tissue stock around the world had to spike after the profession of Married at First Sight love between Amani and Woody Randall that crowned this Season 11 Decision Day.  No exchange in recent memory has been more heartfelt or had a couple who looked so good doing it.

Whereas Bennett and Amelia captured all the infatuation and fancy of young love, Woody and Amani show the maturity, commitment, and communication to maintain a true and lasting marriage.  When Pastor Cal asked Woody what love meant, the devoted husband said he used to think of love as a thing, a person or some being. “Now, I know it’s consistency, security, and safety,” he assured.  “That’s beautiful, man,” the Married at First Sight mentor responded.  Dr. Viviana and Dr Pepper were already in tears of joy.  Woody got more emotional when he detailed how he always wanted marriage but didn’t think he was worthy or deserving of having it. Amani moved close to hold his hand and lend her strength.

When it was her turn to respond, she explained how her husband was her example of “unconditional love,” which she didn’t think she could find with a spouse. The experts praised how much the world needed to see this example of what real love is.

A twist no one expected

Woody was confident in saying that he wanted to stay married.  When it was Amani’s time, however, she turned her head and said: “I think we need to get a divorce,” before “just kidding!” with a smile.  “I feel like I can do anything,” the bride exclaimed, feeling her husband’s confidence and the satisfaction in the relationship they have together. Woody and Amani have what Married at First Sight fans dream of, far beyond the 16-week challenge they have already conquered.

The Married at First Sight drama isn’t done.  There will be more tea spilled and secrets confessed on next week’s reunion show Wednesday on Lifetime.  Maybe viewers will get a peek at a Randall puppy!