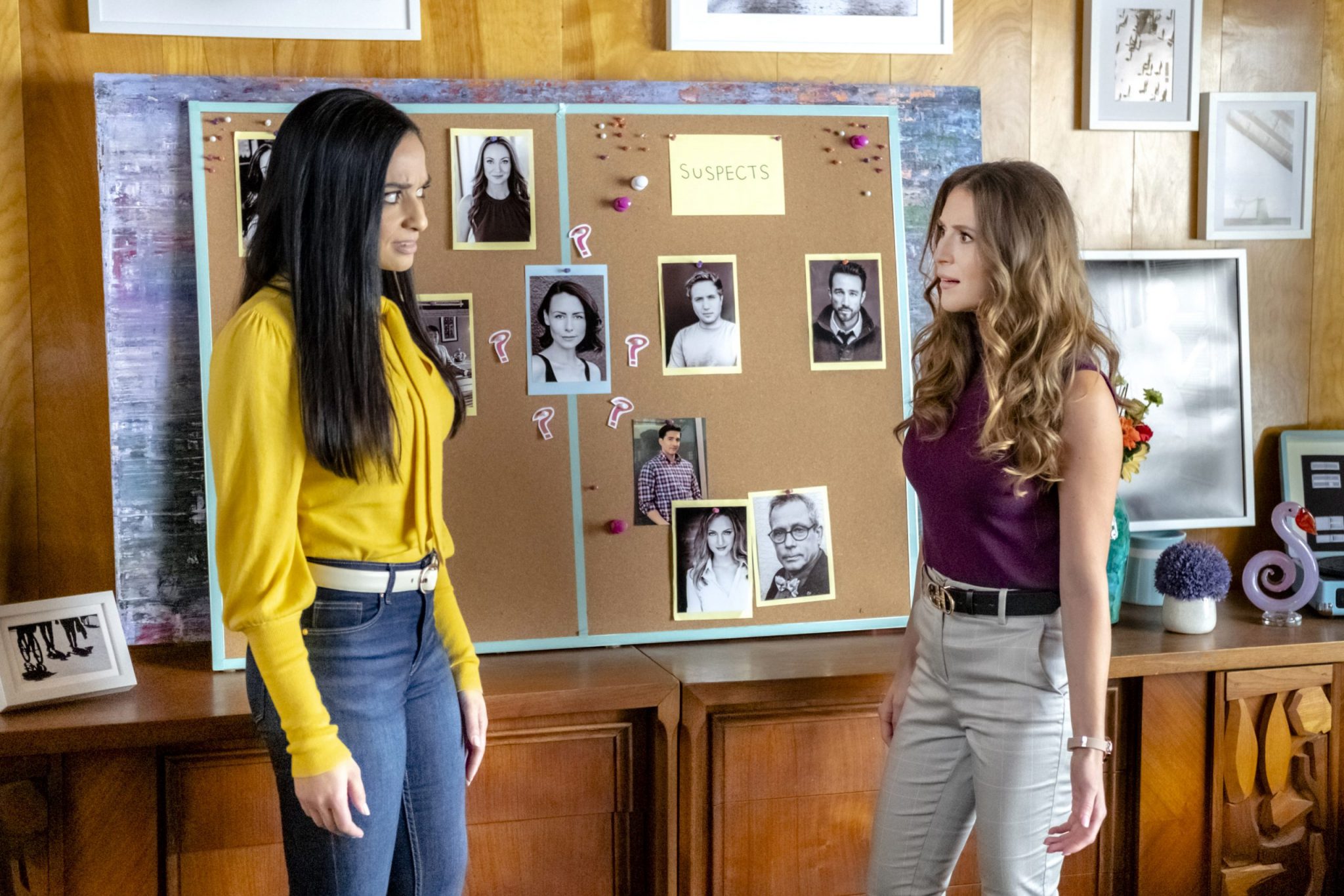 Alexa and Carlos PenaVega are back for Hallmark’s Picture Perfect Mysteries: Exit Stage Death. This is their third movie in this signature mystery series. When is this mystery about, and when can you watch it?

What Is Hallmark’s Picture Perfect Mysteries: Exit Stage Death About?

According to the Hallmark preview, Allie Adams (Alexa PenaVega) is at the premiere of a play. She is there to support her pal Maya, so she is backstage, along with her camera. But, the lead actress is murdered-right under Allie’s nose. So, she needs to retrace her steps to figure out who the murderer is. That murderer likely knows that she knows whodunit.

Enter Detective Sam Acosta (Carlos PenaVega). He is not surprised to see her. Seems like she is always there when there is a murder. Sam is worried and wants to protect her. Sam really wants her to be safe. But, Allie wants to solve the case before Sam. Allie has learned a lot about situations like this. She is a quick study. The photographer is “fearless,” as she “owns” the detective inside of her.

There is a big name guest star in this episode. That is Willie Aames, from the classic sitcom, Eight is Enough! He portrays playwright Neil Kahn. The former child star certainly adds a lot of extra fun and cachet to this entertaining mystery.

Picture Perfect Mysteries: Exit Stage Death premieres on Sunday, October 11 at 9 p.m. Eastern time on the Hallmark Movies & Mysteries Channel. Encore showings include Tuesday, October 13 at 9 p.m., Friday, October 16 at 7 p.m., and Wednesday, October 21 at 7 p.m., all times Eastern. Be sure to always check listings in case of a schedule change or additional times.

Alexa and Carlos PenaVega are their own real-life Hallmark love story. According to Southern Living, the couple met at a Los Angeles bible study group. The two became friends first. This built up the foundation of their relationship.

Although he was the first to fall, it sounds like it took a bit more convincing for her. That is because guys like Carlos Pena were not the kind of guy Alexa Pena wanted to date. That is because she grew up in a very Columbian family. She did not want to marry another Latino. But, Carlos clearly won her heart.

Now the couple have two children. Thanks to Hallmark, they can still be a family when they work. Most of all, they love working together. Alexa knows how hard she can push Carlos, and has a real comfort working with him.

What about their name? They merged each of their last names to legally become PenaVega. Talk about taking it that extra step!