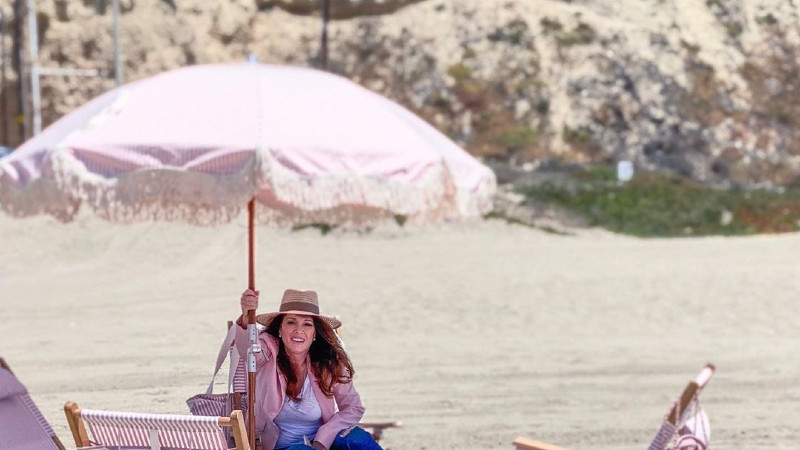 Vanderpump Rules fans were stoked last month when Lisa Vanderpump confirmed another spin-off. As long-time fans know, Pump Rules came about because of The Real Housewives of Beverly Hills. Fans were happy with the news that they will soon see more of Lisa Vanderpump.

The restaurateur left RHOBH after last season. The future of Vanderpump Rules is up in the air. Partly due to the mass firings of several of the show’s stars. It is also unclear when SUR, the center of Pump Rules, will reopen after the coronavirus pandemic.

So, fans and stars of Pump Rules are in a holding pattern over whether the show will return for Season 9. And Lisa doesn’t seem interested in returning to RHOBH. Especially after seeing how her former co-stars are treating Denise Richards this season.

There have been rumblings of another Lisa Vanderpump-centric spin-off since her departure from RHOBH. The rumors included a spin-off of her Las Vegas restaurant, Vanderpump Cocktail Garden. Speculation increased after the restaurant and some of its staff appeared in the final episode of Pump Rules Season 8.

But it seems the networks went with option B: A show revolving around Lisa’s dog rescue foundation. Vanderpump Dogs will air on NBC’s new streaming service, Peacock TV, instead of Bravo. Aside from confirming that the show will happen, NBC has not provided any further details.

Lisa Vanderpump recently spilled some tea about what fans can expect from the show.

In addition to her new spin-off, Lisa Vanderpump is going into the podcast business. All Things Vanderpump is the title of Lisa’s upcoming podcast. The reality star has not yet told fans when the podcast will debut or how to listen.

Lisa recently spoke to Entertainment Tonight about All Things Vanderpump. The interview covered potential podcast guests, including a few former RHOBH co-stars. Lisa also weighed in on if she’s #TeamDenise or #TeamBrandi.

As fans know, Brandi alleges having an affair with Denise. But Denise denies it. Fans and RHOBH stars are divided on who they believe.

At one point, the interview shifts to Vanderpump Dogs. Lisa says there are “so many stories” to tell about the dogs the foundation rescues. She notes that some of the stories are “heartwarming,” others are “heartbreaking.”

🐶 We have so many new #Vanderpups at our Rescue Center who are looking for the perfect family to give them their furever! Would you like to add any of them to your family?! Swipe left and meet them all, and for their full story, simply visit our website and click “Adopt A #Vanderpup”. Then follow these simple steps below! Come say hi this weekend!   If you’re interested, follow these easy steps below! 1. Please try to have an idea prior to coming in as to which resident you might be interested in making part of your forever family! You can find more of their stories on our website. 2. Call our Center at 323-852-3647 to see if your dog is available. 3. Fill out and submit our adoption application online at VanderpumpDogs.org – also please print this. 4. We will contact you to FaceTime a home check, or to have you take a thorough video of your house – including any entryways and patio spaces for your virtual home check. We need to see any potential areas your new baby could hurt themselves or get out. 5. Once approved, we’ll process your application and donation. 6. Take your furever companion home! If you have any additional questions, please call us at (323) 852-3647 ❤️ Love, the Vanderpump Dogs Family 🐶🐾#AdoptAVanderpup #VanderpumpDogs

She notes that the dog rescue recently started a program for veterans, training the dogs at the foundation.

Lisa feels that viewers will “really relate” to the dogs’ stories, but the employees will also feature on the show. The “day-to-day” operations of the center will play out on the show.

Peacock TV streaming service has several tiers. The first tier is free, which typically includes the first episode. After that, viewers will need to upgrade to a paying tier to view more content.