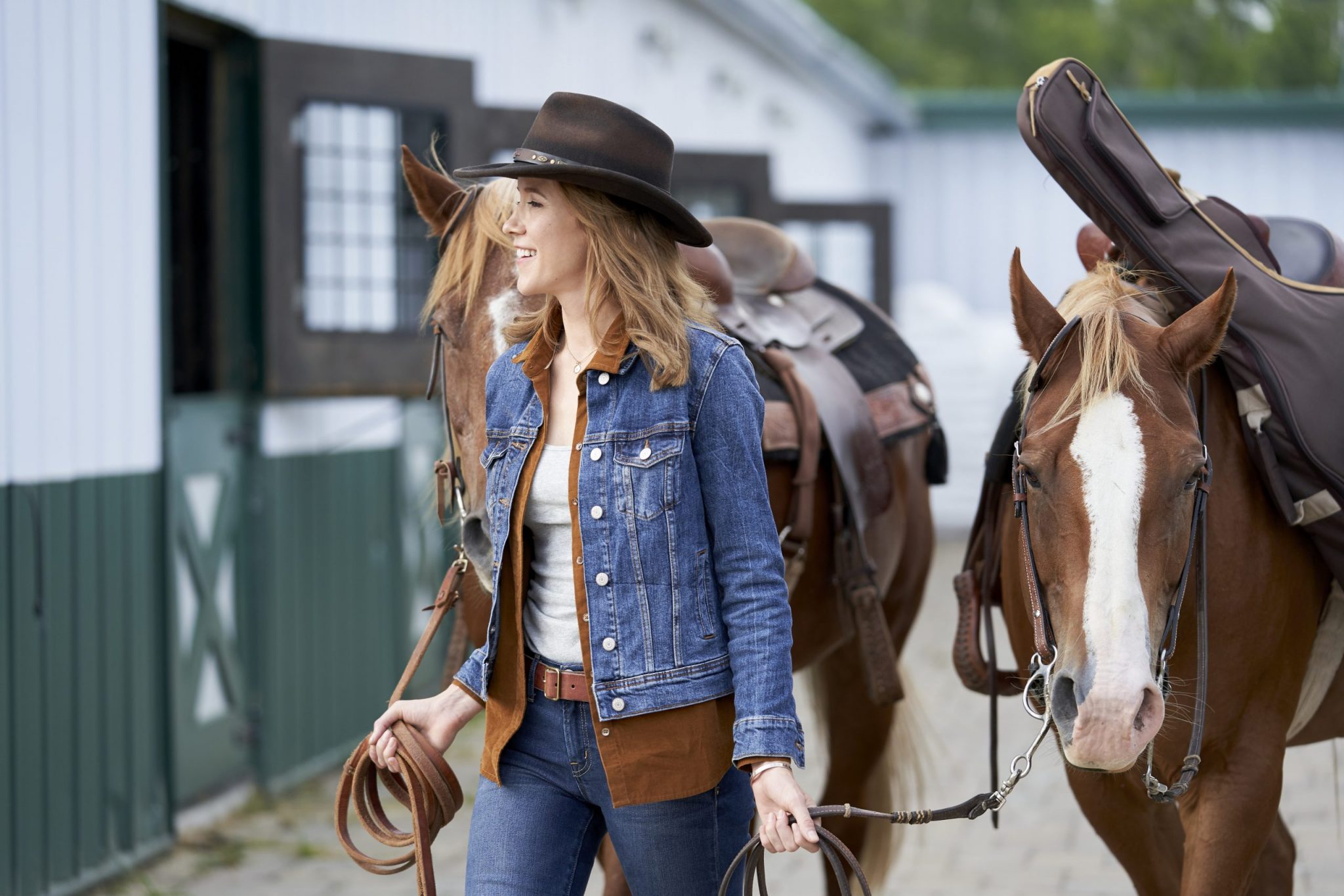 Hallmark loves sharing positive and uplifting stories and Country At Heart is going to make everyone smile. This movie is making that dream a reality. The movie features Jessy Schram (Chicago Med), Niall Matter (Frozen in Love), and Lucas Bryant (Haven). Ready for a crisp, fall movie?

What Is Hallmark’s Country At Heart About?

According to Hallmark, Shayna (Schram) is a country musician who has worked really hard, with nothing to show for it. The singer and songwriter tried to make it in Nashville. Nothing happened, so she returned to her small town to figure out what is next. She is ready to give up on her musical dreams.

Her luck has suddenly changed. She has met one of her inspirations, songwriter Grady (Matter). Grady has written some hits and has had a taste of success. Now, Grady is gonna write a song for a really big star. That’s right, Duke Sterling (Bryant). In a surprise move, Grady invites Shayna to help co-write this song.

Wow! This is Shayna’s big break. As Shayna and Grady work together, writing a love song, life imitates art. They have an attraction. There is a connection. But, when Shayna meets Duke that causes a rift in that special connection.

Duke has taken an instant liking to Shayna and her music. In fact, he has invited her to tour with him. Shayna is now confused. Didn’t she reinvent her career now with Grady? Isn’t this her new path?

Now Shayna has to decide. Does she choose love or career? Does she go on tour with Duke, which should ignite all of her music dreams? Or does she stay in her hometown with Grady, where she has found something special?

Hallmark Fans Have Been Waiting For Country At Heart

Consequently, Hallmark fans have been waiting one year for Country At Heart. Originally, this was scheduled for Hallmark’s 2019 Fall Harvest. Next, Hallmark rescheduled the movie to June 2020. Subsequently, this was for their A Little Romance movies.

Subsequently, there is a new premiere date.  Moreover, fans are excited. In addition, they can hear Jessy Schram, Niall Matter and Lucas Bryant sing. All three actors performed original songs for this movie.

According to the Hallmark “On Location,” each actor went into the recording studio to record an original number. As Hallmark generally only films one take, there is a lot of pressure to sing perfectly the first time around.

To sum it up, the songs “Big Deal,” “A Life in a Love,” and “Right in Front of You,” were all written specifically for this Hallmark movie. They all had a lot of fun.

When Can You See Country At Heart?

Hallmark’s Country at Heart premieres on Saturday, October 3 at 9 p.m. Eastern Time on the Hallmark Channel. Encore showings have not yet been listed.