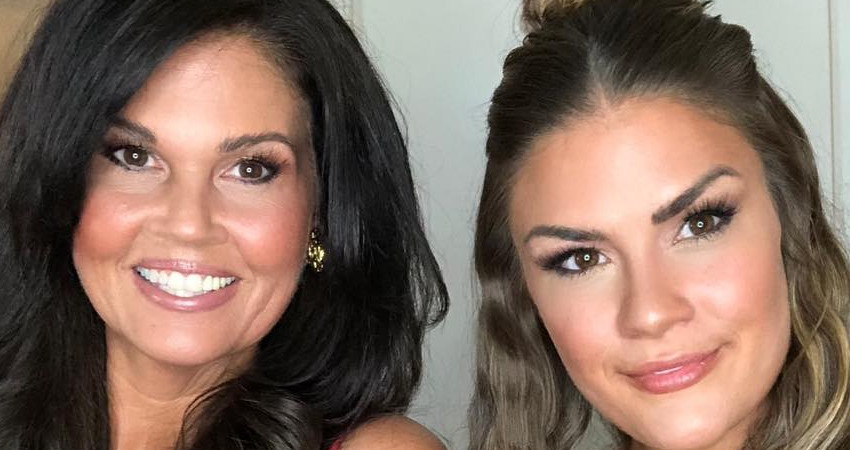 Finally, some good news for Vanderpump Rules star Brittany Cartwright. On July 27, she took to her Instagram Stories to share a recent photo with her mom, Sherri Cartwright. As fans know, Brittany is very close to her mom.

It was over a month ago that news broke that Brittany’s mom was in the ICU following surgery complications. Sherri underwent routine bladder surgery that took an unexpected turn in the ER. The complications required a second surgery and a stint in the ICU.

Brittany quickly flew to her native Kentucky to be at her mom’s side. Her husband and VPR co-star, Jax Taylor, followed shortly. The couple are still in Kentucky, helping out at the family farm. Jax often posts photos to his Instagram Stories of farm life.

June was a tough month for Jax and Brittany. After the firing of four stars from Vanderpump Rules, fans set their sights on the couple. Stassi Schroeder, Kristen Doute, Max Boyens and Brett Caprioni were all let go for their past racially insensitive behavior. However, many fans feel that Jax’s behavior is just as bad as the other four.

With so much fan backlash, Jax and Brittany mainly post to Instagram Stories where people can’t comment. Or they turn comments off to avoid getting feedback.

On July 27, Brittany shared a snapshot to her Instagram Stories, per Us Weekly.  In the photo, Brittany and her mom are wearing masks with medical equipment in the background behind them. Brittany’s caption confirms that they are in a hospital setting. She writes, “Doctor’s appointments with Momma!”

Brittany also notes that her mom is “doing great” in her recovery. Since fans can’t comment, Brittany doesn’t offer any further information. But her mom does look great.

Even though the couple are in Kentucky for Brittany’s mom, they still find time for fun. Their former Vanderpump Rules co-star Kristen Doute recently came out for a visit. She brought along her new boyfriend, Alex Menache.

However, now it appears Jax and Brittany are alone again. Jax took to his Instagram to share a sweet selfie with Brittany. In his caption, Jax reveals that they had a “fun Saturday” at the “ball field.”

Jax also writes that he “loves those waves” in Brittany’s hair. Though Brittany often appears on VPR with straight hair, her hair is naturally wavy.

Despite what fans want, it doesn’t seem like Bravo plans to fire Jax Taylor. The network has yet to confirm if the show will be back for another season at all.

Has ‘Welcome To Plathville’ Been Renewed For Season 5 Yet?
Jeffrey Dahmer’s Apartment: Where Is It Now?
Ryan Seacrest Receives Provocative Video From Mark Consuelos
Did Meri Brown Watch ‘Sister Wives’ This Week?
Hope Valley Days: A Hearties Reunion Get Special ‘WCTH’ Treat!