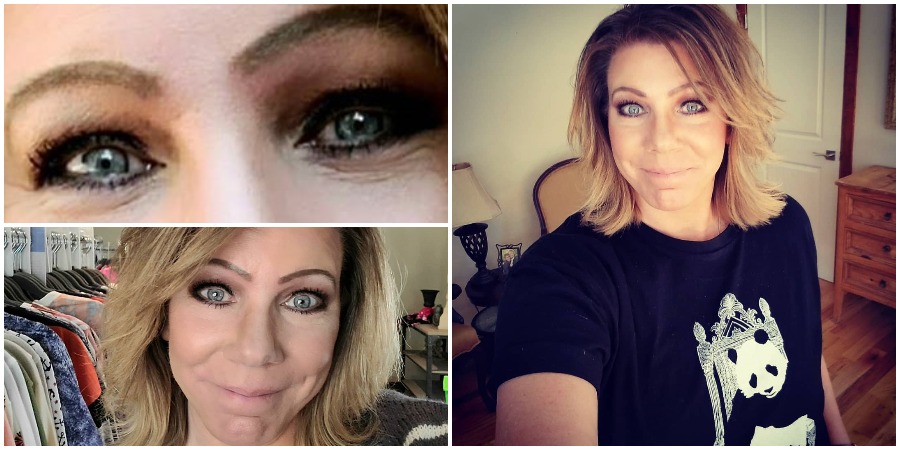 Sister Wives fans are hooked on one topic as of late and that’s Meri Brown’s eyebrows.

Now, Meri Brown hasn’t made it easy for trolls to get to her on social media. For starters, she turned off the comments on her Instagram posts. She also shared a very detailed post clarifying that she wasn’t interested in receiving the advice of her fans. Meri Brown is a big girl. An adult. She’s been making decisions and doing her make-up herself for a long time.

And, as we previously reported, Meri Brown recently shut a troll down completely. During a Facebook Live video, Meri had her assistant remove someone from her live. She removed them because she didn’t care for their “rude comment” in response to her question.

Now, in Sister Wives discussion groups on Facebook Meri Brown is getting a bit of backlash. She recently stirred the pot on Instagram. She shared a glowing selfie of herself. But, made it clear in the caption she was just giving her haters something to talk about. If she was so unbothered by what they had to say… Why was she still fanning the flame? Some speculated she was just desperate for attention. Was she just trying to stay relevant?

Sister Wives fans are having a hard time dealing with her eyebrows.

Unfortunately for Meri Brown, her followers are having a hard time taking her serious. They can’t seem to look past the eyebrows on her face. Even those who claim to be a die hard fan that love Meri agree. They wish someone, anyone, would help Meri Brown get her eyebrows fixed.

Did she actually think her eyebrows looked stylish? Or, is she purposely making them look bad for attention? Her followers certainly aren’t here for them. 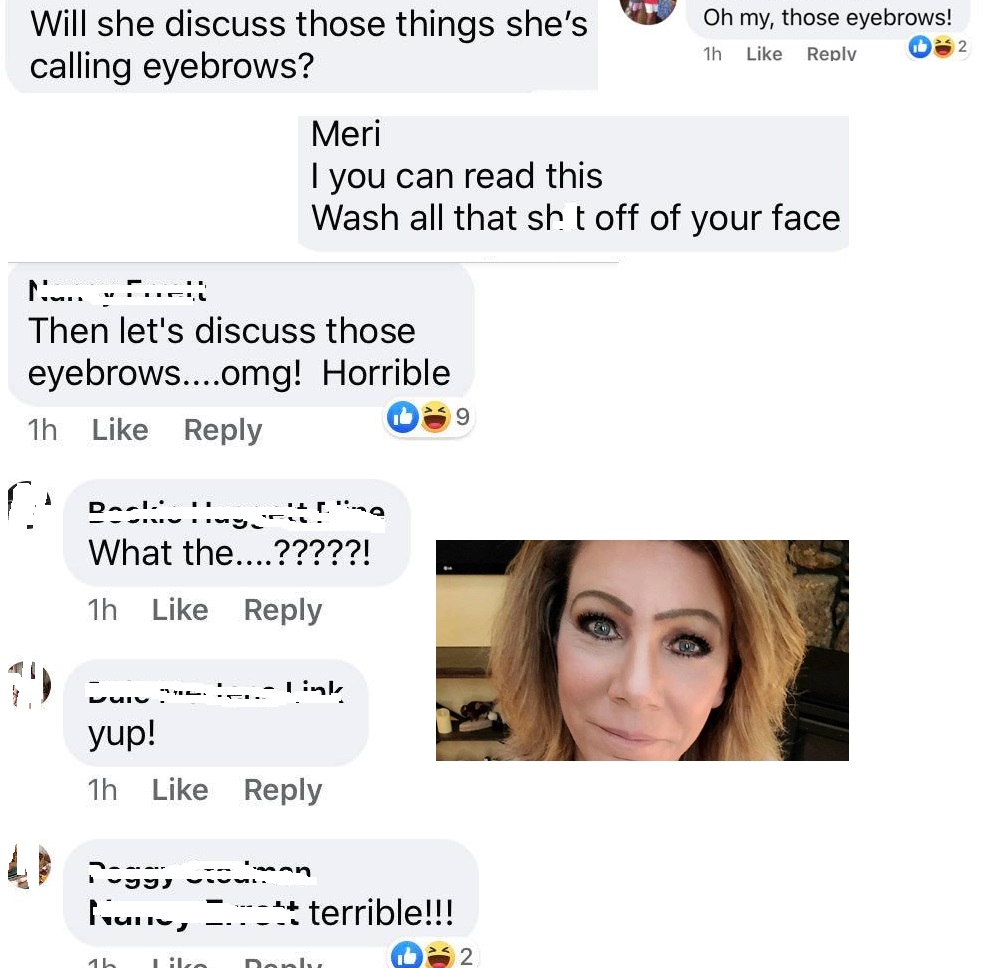 Wondering how long Meri Brown has sported this eyebrow style? So, were we. Unfortunately, it isn’t an easy question to answer. Scrolling all the way back to the beginning of the year… Meri Brown was rocking the same eyebrow style in January of 2020.

So, this is something Sister Wives fans have been hating on for a while. But, that hasn’t stopped Meri. The TLC star continues to post glowing selfies of herself with huge smiles as she puts her unique eyebrows on display.

Just a Wednesday selfie cuz I know y'all are bored and need to be talking about my eyebrows again…. 🤣🤣🤣 #HereYouGo #YoureWelcome #ImNotObsessedYoureObsessed #ILoveMyself

As if that wasn’t enough for Meri to detail with… That isn’t the only problem Sister Wives fans have with Meri’s face. They also aren’t big fans of how thick she layers the black liner around her eyes. On multiple occasions her fans have told her to dial it back or just to “wash it off” and start over.

Meri Brown, however, has made it clear she’ll continue to do her eyebrows however she want. But, fans can’t help but wonder if those eyebrows are a cry for attention.

So, do you have an issue with Meri Brown’s eyebrows? Tell us about it in the comments.