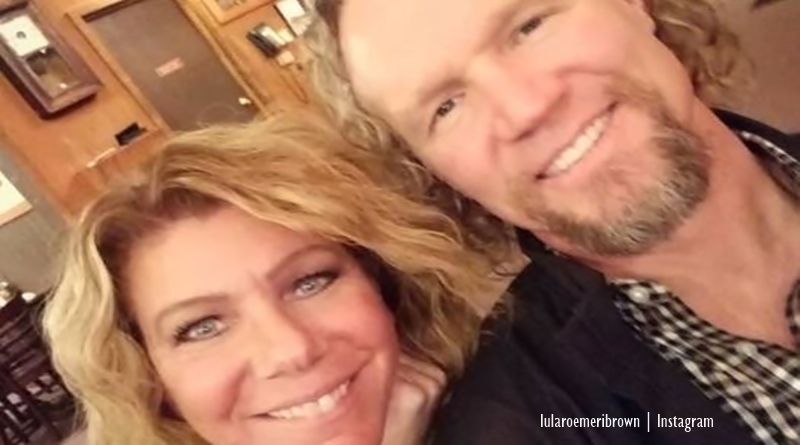 Sister Wives fans enjoy seeing so many glowing photos of Meri Brown on Instagram. The reality TV star has graced us with her bright and smiling face at least once a week since she broke her silence to speak out about Black Lives Matter. But, there is something else fans of the TLC series have noticed about all of her photos lately… She’s always alone. Where is her family? More importantly, where is her husband Kody Brown? Are the duo still an item? Here’s what Sister Wives fans are saying.

Sister Wives fans have some concerns with her latest sweet snap.

Meri Brown took to Instagram yesterday to share a sweet photo. The photo featured herself enjoying some dog cuddles. She gushed in the caption about how much the fluffy canine enjoyed to cuddle.

Now, some of her followers really loved the photo. They enjoyed seeing Meri smiling as she cuddled close to the pup. Unfortunately, Meri Brown has a lot of followers who like to discuss a lot of things not in the photo.

For example, many noted she was alone in the photo. Moreover, they noted she’s been alone in A LOT of her photos lately. Was something going on? Here’s some of what her followers are saying:

Now, Meri Brown did have one follower who was frustrated with everyone else. They hated seeing so many people try to stir drama in the comment section.

Why oh WHY can’t people EVER just comment on the photo shared???? Y’all feel a need to comment on stuff that has NOTHING to do with the pic. That Dog adores you Meri! I wonder if he would be just as happy living with you! I know your daughter would never give him up!”

Liked nearly 100 times, the comment above was seemingly the only comment Meri bothered to reply to. She certainly wasn’t interested in discussing her personal life with fans.

Fans aren’t sure what to make of Meri and Kody Brown’s relationship.

Sister Wives fans really aren’t sure where things stand with Meri and Kody Brown. Rumors have swirled for a while that the duo were no longer an item. Fans wish for this as it turns out. Meri Brown, however, appeared to get frustrated with fans telling her how to look, how to feel, and who to be with. She vented about it on Instagram.

Still, fans can’t help but notice there does not appear to be any love between Meri Brown, her sister wives, and Kody. Moreover, some speculate Kody just hangs on to Meri to use her as a cash cow.

Overall, most Sister Wives fans seem to be over the relationship. The question is: are you? Tell us about it in the comments.