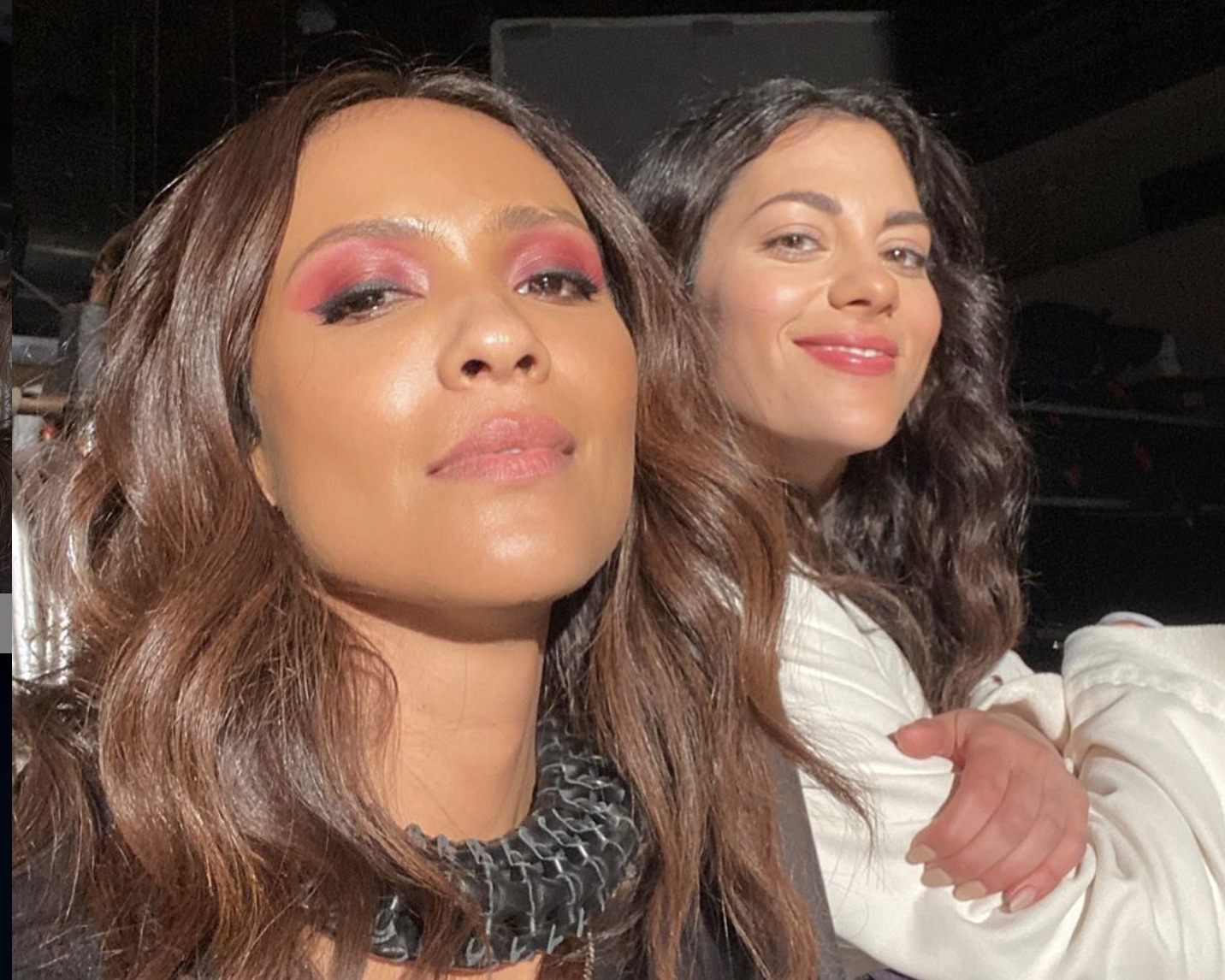 Now that Netflix has announced that Lucifer Season 5, Part 1 will be dropped on Friday, August 21, fans want to know what to expect. One of the high expectations is who will be guest starring in the upcoming episodes. While some guests have been announced, there are still some questions. What can we confirm now?

Those who want to see a Maze-Eve reunion should not be so surprised to see that Inbar Lavi is returning for Lucifer Season 5. Will there be romance or will we see these two enjoy a happily ever after? Lucifans will need to watch to find out!

Many Lucifans want to know if Tricia Helfer, mom, or a.k.a. “the goddess,” will be returning. Late in 2019, the Battlestar Galactica star went to Instagram to share with fans that she was returning “to play for a bit.”

Uh oh…guess who’s back to @lucifernetflix ?? @tvline gives the scoop on “who’s” coming to play for a bit 😉😈

Lucifer Season 5 will have at least one, possibly two musical episodes. Then, it should be of no surprise to see 80s pop star Debbie Gibson posing with Tom Ellis for Instagram.

In the post, Gibson and Ellis duet, with Tom at guitar. Looks absolutely wonderful!

Oh you know, just me and @debbiegibson doing a bit of jamming in my trailer yesterday. Not star struck at all. Uh uh not me. Ok maybe a bit…COZ SHE’S AMAZING!!!!!!! #squadgoals #bucketlist 😈❤️

God Is Returning To Lucifer

One of the all-time favorite guest stars is Timothy Omundson, who played God Johnson. Fans are not the only ones who love to see him on the show. Showrunner Joe Henderson has shared that his “greatest wish” was the return of Omundson. But, there is no news on whether the Psych star will be guest starring in Season 5.

But, we know that God will be returning to Lucifer, and Dennis Haysbert will portray him.

Who is the number one requested guest star? Joe Henderson says it is Supernatural star Mark Sheppard. Will he appear on Lucifer Season 5? There is no word on this. IMDb is not helping us out, nor is social media.

The only thing we know is that Sheppard and Henderson have spent a lot of time tweeting back and forth about him appearing on the show. Back on July 18, 2019, Sheppard asked, “Writing me an episode?”

According to IMDb, Alexandra Grossi (Broke) will guest star as Adriana Nassar. She will be appearing in two episodes. Those are “A Little Harmless Stalking,” and “Detective Amenadiel.” Although we don’t know anything about her role, we do know who will be directing her in at least one of the two episodes.

According to IMDb, and Alexandra’s Instagram post, Richard Speight Jr., who is known to Supernatural fans as Gabriel, is directing the first of Alexandra’s appearances.

Many Lucifans have wondered if Gabriel will show up in Lucifer Season 5. Could Speight go in front of the screen as the Angel Gabriel? There is no indication that he is. Then again, perhaps showrunners Ildy Modrovich and Joe Henderson are keeping a few cards close to the vest? At least two confirmed actors, Inbar Lavi and Dennis Haysbert do not have IMDb updates on their 2020 Lucifer performances. That could be the same for Speight.

This means surprises and a lot of devilish fun!! Soon, Lucifans, soon!

Netflix drops Lucifer Season 5, Part 1 on Friday, August 21. This is the first eight episodes of the final season.