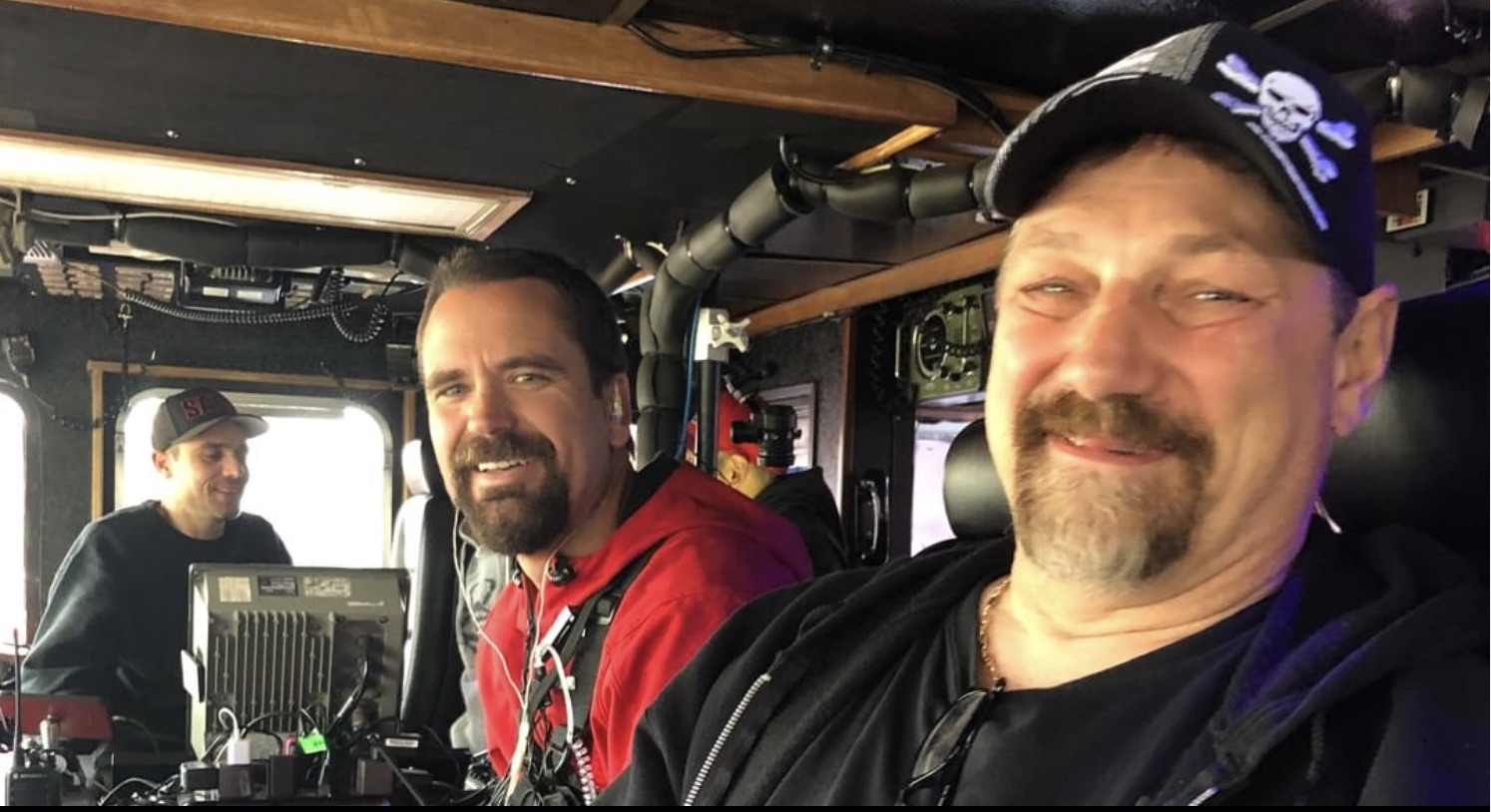 Deadliest Catch Season 16 has become a favorite because Captain Johnathan Hillstrand returned. This season, the un-retired former F/V Time Bandit captain is sitting alongside Jake Anderson on the F/V Saga, now known as the Saga-Bandit. The affable captain shared some news with fans, including the possible crab fishing return of his brother Andy Hillstrand. Could they both be back on the Discovery show? What do we know?

What Pranks Has Captain Johnathan Played On The Saga-Bandit?

Deadliest Catch fan favorite, Captain Johnathan Hillstrand went to Facebook to answer fan questions. They asked all kinds of questions, and John was happy to answer. The F/V Time Bandit was a sort of pirate ship, with crazy antics. So, did Captain Johnathan play any of his infamous pranks on the F/V Saga? No, he did not. He shared that he “held off the pranks this year because I was working with a stressed out guy.” He later added, “I love Jake dearly but he needs to take crazy pills.” Joking aside, he said that he really “loved” working with the F/V Saga captain. The two have a tremendous synergy.

Jake is not the only person he has fished with. Captain Johnathan goes out salmon tendering with this wife Heather Hillstrand. When the two first married a couple of years ago, they did a lot of traveling. Now, Johnathan wants to spend time with grandkids. He is the author of four children’s books, and loves kids. He must be a pretty awesome grandpa!

But, he was also glad she came out to see what crab fishing is all about. Johnathan was glad to show her that it is not all “fun and games.”

Captain Johnathan has shared that the “highlight” of his year was going to Hawaii. This was to fish and film with F/V Cornelia Marie captains Casey McManus and Josh Harris, for the new show Deadliest Catch: Bloodline.

When Josh Harris found his dad’s hidden papers about fishing in Hawaii, he went to Captain Johnathan, his dad’s pal, to see if this was a viable business. Johnathan has always been a mentor to the next generation. Deadliest Catch fans see that he is easy to get along with, and has the right temperament for this stressful occupation. So, is there a career goal that John wants to achieve? There is one.

What Milestone Does The Deadliest Catch Captain Want To Make?

Will Captain Johnathan come back for Deadliest Catch Season 17? Will he return to crab fishing? He shared that if he does return, it will be for a milestone 40 years of fishing. But, he later stated that he does plan on fishing king and opilios next season.

What about Captain Andy? He has been working on the family business on his Ohio farm. Any chance he will return to fishing. That sounds very possible. Captain Johnathan has revealed that Andy is “doing great.” Most importantly, he is “thinking about king crab” with John next season.

Wow! That is huge. Now, will Discovery cameras be following them? Could the Deadliest Catch Season 17 see a F/V Time Bandit return? No one knows now, but this would be a welcome return for dedicated fans.

The Deadliest Catch Season 16 airs on Tuesday nights on Discovery.