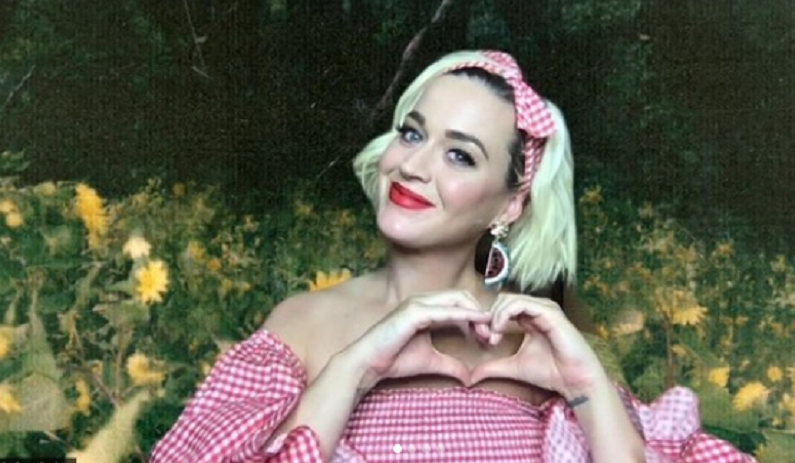 Katy Perry joked that she’s surprised that Orlando Bloom still wants to be her with after the quarantine. The couple had to postpone their wedding due to the coronavirus pandemic. Although they’re not married yet, the couple is still quarantining together during the pandemic, while they await the birth of their daughter. On Friday, May 15, Katy dropped her new single “Daisies.”

During her appearance on SiriusXM Hits 1’s The Morning Mash Up, she revealed what it’s been like to quarantine with her fiancé. She also learned a lot about Orlando and their relationship. While it hasn’t always been easy, it has brought the couple closer together.

Katy Perry is grateful to have Orlando Bloom with her

Katy Perry joked that it’s commendable for Orlando Bloom to want to be with her after the quarantine.

“It’s amazing and commendable,” the pop star said, per Elle. “I have definitely tested him, like… ‘oh yeah, you think you can handle me?'”

The American Idol judge said that Orlando found different ways to occupy himself. For example, the couple set up a LEGO room in their TV room. They bought super-challenging Lego sets so Orlando could work on them for hours. When he’s done, he shows them off on their “wall, like a championship Lego wall,” Katy said. This caused him to take his skills to their garage where he could build his own cars.

12 hours until #DAISIES 🌼 is out! The music video premiere page is now LIVE at the link in my bio. Hope it’s ok if I zoom bomb your party tonight 😬💁🏼‍♀️🎉

“I was like, ‘oh, you’re a lot handier than I thought you were,” Katy continued. “Can you hang this thing for me, please?'”

AI judge reveals what she learned about Orlando Bloom during quarantine

Katy Perry also revealed what she’s learned about the Pirates of the Caribbean star. But it’s all good things. Orlando has been by her side throughout most of her pregnancy. Of course, most Hollywood couples have their time apart. But he’s seeing new sides to her now that they’re quarantined together.

“What I have actually learned, some of the positive…because he’s seen it all, and God bless him, he’s still here,” she said.

2 sets of performances = 2 lewks tonight 💁🏼‍♀️ West coast, have your favorites made the top 7? Then vote for who you want in your #AmericanIdol 🌟 GRAND FINALE 🌟 next week! (❗️PS: 4th slide spoiler for tonight’s episode❗️)

Per Mirror, Katy also gave fans a sneak peek into the luxury home that she shares with the British actor on her Instagram page. Their Beverly Hills home is finally how they want it, thanks to the modern décor they recently purchased, according to TMZ. The Hidden Hills mansion has five bedrooms and five bathrooms for their ever-growing family.

@AmericanIdol is on a roll so you’re going to want to put your 🧩 down, pull out your 🍌🍞, and tune into #AmericanIdol tonight at 8/7c on @abcnetwork. What better way to wipe your cares away for 2 hours 🧻 PS: we’ll catch up beforehand at 4:30p PT / 7:30p ET on Facebook live! 😍

Their modern fireplace is the perfect complement to their grey-colored décor. Katy and Orlando wanted to keep the rest of their décor muted. Their veranda overlooks their gorgeous garden, which also features an infinity pool. And the kitchen has modern and sleek elements. As for their driveway, it holds up to 20 cars. This comes after Katy revealed that Adele is one of her next-door neighbors.

We at #AmericanIdol are keeping it both fresh and CLEAN! Tune in for the first ever episode from our homes tonight at 8/7c on @abcnetwork. It’s up to you to narrow us down to our top 🔟! And I’ll be going live on Facebook at 4:30pm PT / 7:30pm ET so we can catch up before the east coast broadcast! 🤗

Katy Perry and Orlando Bloom are gearing up for a busy and exciting summer together.