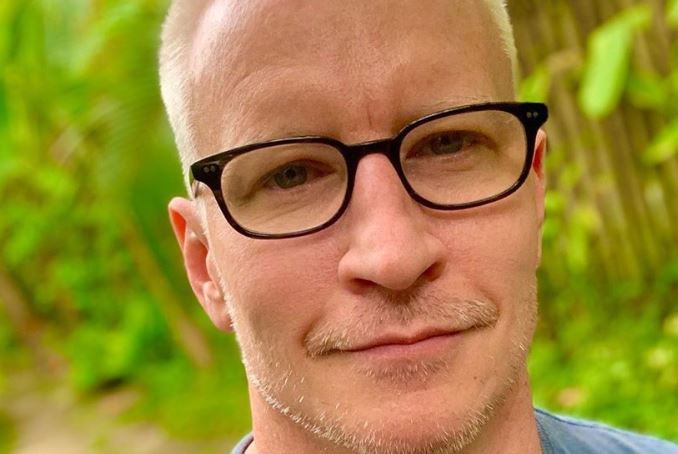 Anderson Cooper revealed last week that he welcomed a son Wyatt Morgan Cooper, via surrogacy. Cooper said, “My son weighed 7.2 lbs at birth, and he is sweet, soft, and healthy and am beyond happy.” On Cooper’s Instagram he said he never dreamed he would be able to have a child. He thanked the doctors and nurses and everyone involved in his son’s birth. Most of all, he was grateful for the surrogate who carried his son.

Anderson Cooper’s best friend Andy Cohen welcomed his son Benjamin about a year ago. It’s no surprise he felt the need to have his own son. Andy has done such a great job with raising his son Benjamin there’s no doubt he will be there to support Anderson with baby Wyatt. Andy has even offered Anderson the services of his nanny, as well as giving baby Wyatt some of Benjamin’s baby clothes.

I want to share with you some joyful news. On Monday, I became a father. This is Wyatt Cooper. He is three days old. He is named after my father, who died when I was ten. I hope I can be as good a dad as he was. My son's middle name is Morgan. It's a family name on my mom's side. I know my mom and dad liked the name morgan because I recently found a list they made 52 years ago when they were trying to think of names for me. Wyatt Morgan Cooper. My son. He was 7.2 lbs at birth, and he is sweet, and soft, and healthy and I am beyond happy. As a gay kid, I never thought it would be possible to have a child, and I’m grateful for all those who have paved the way, and for the doctors and nurses and everyone involved in my son's birth. Most of all, I am grateful to a remarkable surrogate who carried Wyatt, and watched over him lovingly, and tenderly, and gave birth to him. It is an extraordinary blessing – what she, and all surrogates give to families who cant have children. My surrogate has a beautiful family of her own, a wonderfully supportive husband, and kids, and I am incredibly thankful for all the support they have given Wyatt and me. My family is blessed to have this family in our lives I do wish my mom and dad and my brother, Carter, were alive to meet Wyatt, but I like to believe they can see him. I imagine them all together, arms around each other, smiling and laughing, happy to know that their love is alive in me and in Wyatt, and that our family continues.

Cooper the CNN anchor dated his ex-boyfriend Benjamin Maisani for three years before they broke up in March 2018. Anderson Cooper dated a bit after the break up, but never settled down with anyone. Cooper appeared on The Late Show With Stephen Colbert recently. He said, “Maisani is going to be a co-parent to Wyatt even though were not together anymore.”

“He’s my family, and I want him to be Wyatt’s family as well,” Cooper said.

Anderson said that Maisani was in the delivery room with Cooper and their surrogate when Wyatt was born. This statement got everyone talking about Anderson Cooper and assuming him and Maisani had got back together. A source revealed to ET that Anderson and his ex-boyfriend were together only as co-parents and that’s all.

Anderson Cooper is acting like any other proud father. He has been sharing more of his newborn Wyatt on social media. Cooper posted, “It’s extraordinary and astonishing, I just hold him, and stare at him.” “He’s going to depend on me and belongs to me, and that he’s finally here.” He continued, “I’ve always dreamed of this, but never thought it would come true.” He calls the whole experience “incredible.”

Anderson described the change in his life as “tectonic plates shifting however, it doesn’t leave you in rubble.”

Anderson also admitted that he was not a coffee drinker until recently. He said, “I tried drinking it once or twice on TV a cup of coffee and just didn’t get the point.”

He can’t believe he went as long as he did without it. Cooper said he wakes up thinking of his son first, but that caffeine is a close second.

We congratulate Anderson on his new baby Wyatt Morgan Cooper. What do you think about Anderson Cooper and Benjamin Maisani co-parenting? Comment below.