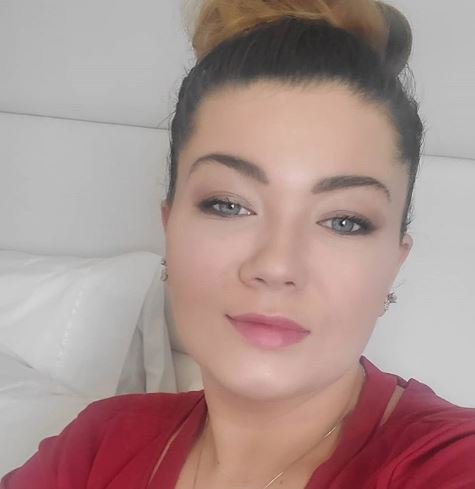 Amber Portwood opened up about her history of domestic violence during Tuesday’s episode of Teen Mom OG. Her ex-boyfriend Gary Shirley visited her.  Amber has a 11-year-old daughter with him.

Tuesday’s episode also featured a surprise return of her ex Andrew Glennon. Plenty of people were very suspicious of his return. Some believed he just wanted to stir up more drama with Amber and possibly more animosity between her and Andrew.

Gary was asking how she was doing, she struggled to discuss her feelings after pleading guilty to domestic battery in a plea deal after she assaulted ex Andrew Glennon. She has a 1-year-old son, James with Glennon.

She told Gary: “I just have a lot of guilt of not being aware of myself more than I should have. And I really do feel ashamed that I didn’t have that because I should after all the things I’ve done to change.”

The Teen Mom OG star attacked her boyfriend last summer. The very next day she faced charges of domestic battery, criminal recklessness with a deadly weapon, and domestic battery committed in the presence of a child less than 16 years old.

Amber Portwood has still not gone into detail about the events

Amber admitted to having listened to leaked audio from the night she was arrested. She told her ex-boyfriend, she regretted her actions. “I want my family. And I feel so bad. When I heard those audios, I felt ashamed, I felt disgusted.” Portwood ended up being sentenced to 2, and a half years of probation, and court-ordered parenting classes.

Portwood has yet to really go into detail about the incident. Last September, she denied the allegations during a Teen Mom OG reunion. She admitted to opting out of drug court a while ago, to purposely put herself in prison in order to help herself. “Why would I jeopardize … you haven’t heard s— from me since then, haven’t gotten in trouble one time. But all of a sudden I’m running after him with a machete? You’re insane.”

Meanwhile, Andrew, is hoping she can apologize. He said “I think in this whole process, all I wanted was ownership, honesty — mental illness is real.”