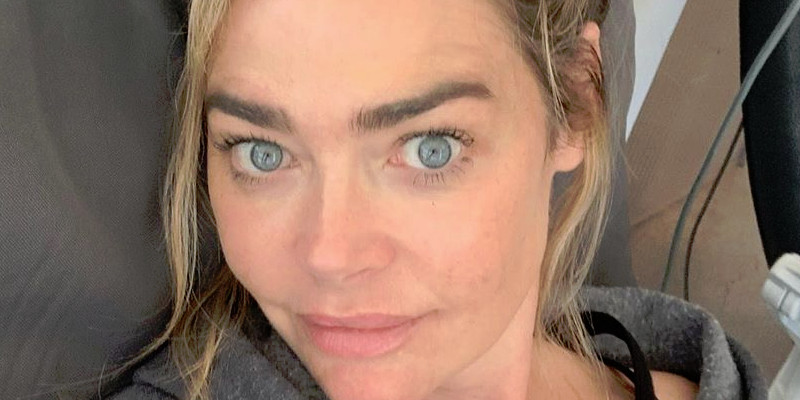 It seems actress Denise Richards has more drama off-screen than on. The Real Housewives of Beverly Hills star is fighting back against her former landlords after their claim that she trashed a rental home.

As TV Shows Ace reports, Denise is facing a lawsuit for disregarding a pet clause. According to the lawsuit, the tenants did not follow the clause allowing for three dogs and two pot-bellied pigs, leaving a mess of animal poop .

At the time, Denise denied her animals caused the mess. She said dead possums, rats and poop were in the house prior to renting it.

Denise and her family never lived in the home. Rather, a family friend stayed there with the lease under Denise’s name.

The RHOBH star makes two counterclaims in response to the lawsuit filed against her in 2019. Her first claim goes to show how the lawsuit has affected her mental health. She claims her former landlords caused her emotional distress.

Secondly, she alleges that they released private information about Denise and her husband, Aaron Phypers.

Page Six reports that the countersuit doesn’t specify what personal information. However, the price of rent, the address of the home and other information is listed in the court documents.

A source told Page Six that it’s Denise’s belief that the intent of the rental agreement was to “defraud” her and her husband. The landlords tried to get $113,000 from Denise in damages after the tenants moved out. Denise didn’t pay because she disputes damaging the home and breaking the pet clause.

The insider says the landlords are suing Denise because they aren’t having much luck selling the property due to its disrepair.

Denise also alleges that she did not get some jobs over the negative publicity of the original lawsuit. She and Aaron are seeking punitive damages and lawyers’ fees from the former landlords.

Aaron and Denise celebrated his birthday last week. The Wild Things star posted a sweet tribute to her husband.

A follower wished Aaron a happy b-day, but then earned Denise’s ire saying that Aaron is rumored to be “involved” and “opinionated” in the upcoming Season 10.

Denise clapped back by defending her husband as “protective.” In the trailer Aaron calls out Denise’s RHOBH co-stars, particularly Erika Jayne, for their treatment of the actress.

TV Shows Ace recently reported that Denise found it “disgusting” how rumors about her marriage were discussed on the show.

The Real Housewives of Beverly Hills returns to Bravo on April 15.

Turn off your minds and turn on #RHOBH when it returns for a new season April 15! 💎 Watch the full trailer at the link in bio.