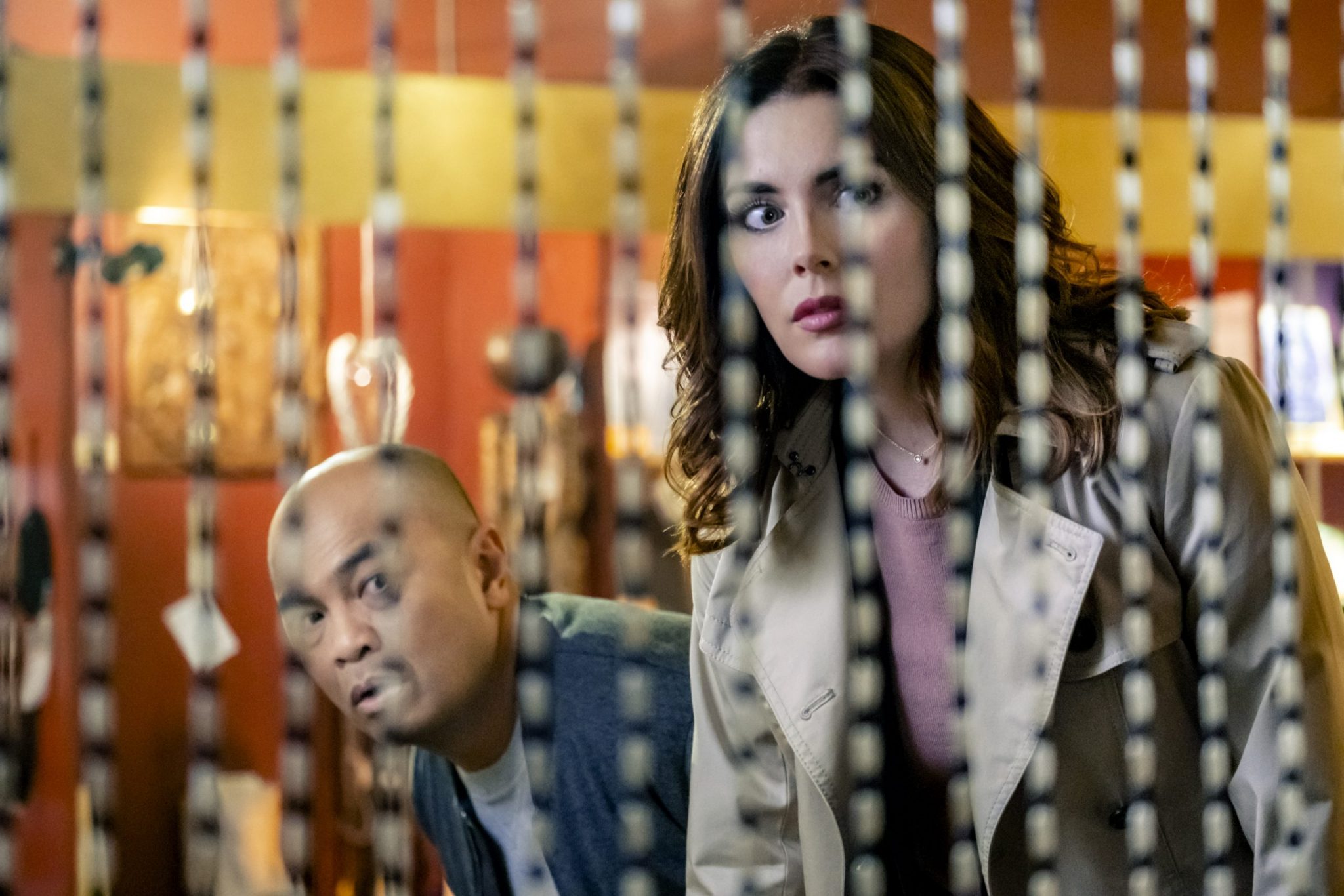 What Is Ruby Herring Mysteries: Prediction Murder About?

Ruby Herring (Cole) is now a Seattle 5 News TV crime reporter, following in her dad’s footsteps. According to the Hallmark On Location preview, now, someone wants her help. Ruby begins to receive several anonymous tips. They are all about a cold case involving a local psychic’s unsolved murder.

Now this case is open, and once again, Ruby teams up with Seattle PD detective Jake Killian (Huszar) to finally track down the killer. Meanwhile, Ruby is helped out by her dad, retired detective John Herring (Shipp) and the trio investigate together. It is her dad who encourages Ruby to trust her exceptional instincts. One of those instincts tells her that an innocent person is being framed. This leads Ruby and Jake to uncover a plot to frame someone else.

Can the duo find who the real murderer is in this Hallmark Signature Mystery?

Taylor Cole shares that in Ruby Herring Mysteries: Prediction Murder, the characters are…”interesting, to say the very least.” For example, Jake is totally taken out of his comfort zone. Most of all, the “by the books” Jake is dealing with a dead psychic. Likewise, the major murder suspect is also a psychic. Subsequently, this makes for some interesting interactions with Ruby.

The subplot is also interesting. Meanwhile, in the midst of this investigation, Ruby has a high school reunion. Suddenly, Jake is not the only guy that has some sort of attraction to her. On the other hand, will this event finally force Jake to make that move? Above all, this movie promises as much romantic tension as mystery.

How Can You Watch Hallmark’s Ruby Herring Mysteries: Prediction Murder?

Most importantly, are you ready more new mysteries? TV Shows Ace has reported on Jill Wagner and Kristoffer Polaha’s latest in the Mystery 101 series, An Education In Murder. Don’t forget to check out some of the other new Hallmark Signature Mysteries. This includes the Crossword Mysteries: Abracadaver, starring Lacey Chabert and Brennan Elliott. Hallmark plans on building on their mystery lineup throughout the year. Moreover, don’t forget to watch reruns of Jessica Fletcher solve a few cases in Murder She Wrote. This classic mystery series also airs on Hallmark Movies & Mysteries.

Be sure to check back with TV Shows Ace for the latest Hallmark news. Ruby Herring Mysteries: Prediction Murder premieres on Sunday, April 5, at 9 p.m. Eastern, on Hallmark Movies & Mysteries

Why Did 4 ‘Amazing Race’ Teams Leave At Once?
Did TLC Canceling Duggars Inspire UPtv To Cancel The Bates?
Georgia Hassarati Comments On Cringey ‘Too Hot To Handle’ Moment
Surprising ‘One Tree Hill’ Reunion On New CBS Drama
Are We Getting A ‘Too Hot To Handle’ Season 4?